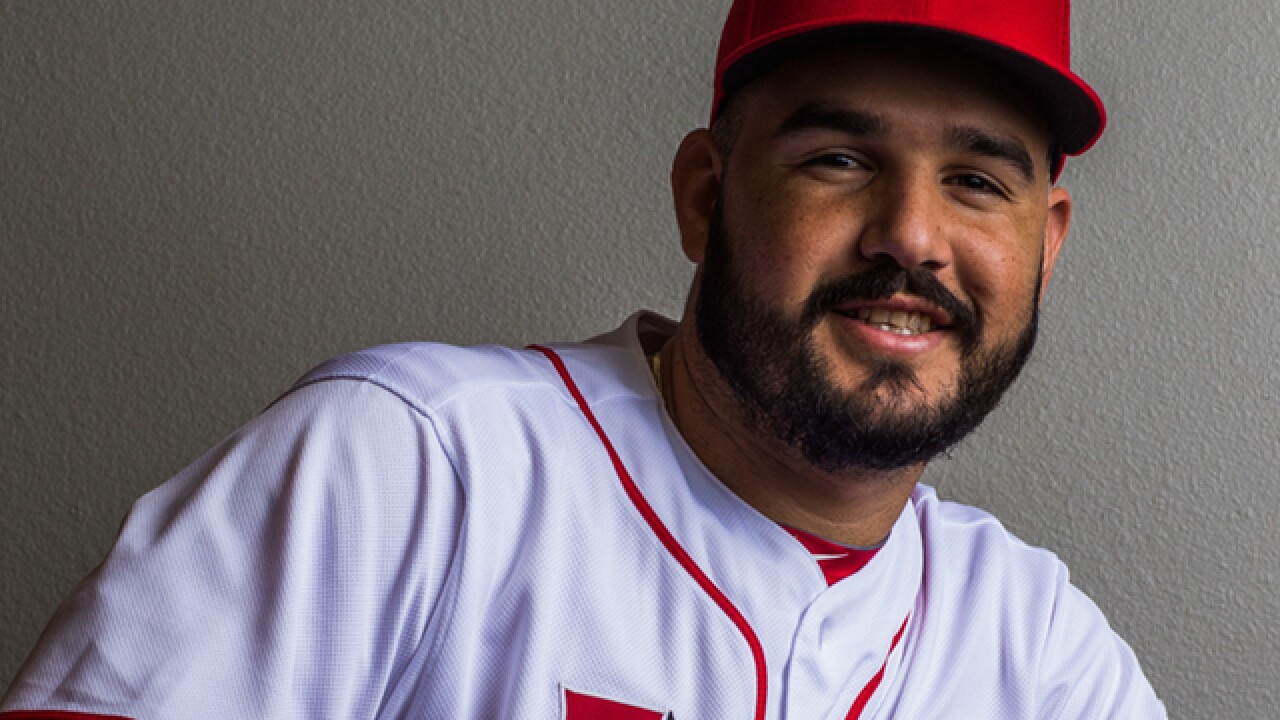 Image copyright 2018 Getty Images. All rights reserved. This material may not be published, broadcast, rewritten, or redistributed.
Rob Tringali
<p>GOODYEAR, AZ - FEBRUARY 20: Eugenio Suarez #7 of the Cincinnati Reds poses for a portrait at the Cincinnati Reds Player Development Complex on February 20, 2018 in Goodyear, Arizona. (Photo by Rob Tringali/Getty Images)</p>

CINCINNATI (AP) — Eugenio Suarez homered for the third straight game, Tucker Barnhart added a two-run shot and the Cincinnati Reds powered to a 7-3 win over the St. Louis Cardinals on Wednesday.

Adam Duvall also homered for the Reds. Sal Romano (6-8) allowed two runs and seven hits in six innings to give the Reds consecutive series wins over St. Louis for the first time since 2011.

Paul DeJong and Yadier Molina hit solo homers for the Cardinals, who went 3-5 on their eight-game road trip. DeJong homered in the third inning and Molina hit his 14th of the season in the seventh inning.

Suarez got the Reds offense going early on Wednesday when he hit a two-run homer off Jack Flaherty in the first inning.

Duvall added a two-out, opposite-field solo shot into the right field seats in the fourth to make it 3-1, giving the Reds more than two runs in a game for the first time in their past six games.

John Gant gave up Barnhart's two-run drive into the bullpen down the right-field line in the sixth to make it 5-2.

OF Scott Schebler, who was eligible to come off the 10-day disabled list on Wednesday, was sent on a medical rehabilitation assignment to Triple-A Louisville. Schebler is out with a strained AC joint in his right shoulder.

RHP Tyler Mahle (7-8) had been roughed up for 13 runs, 11 earned, in eight innings over his past two starts.