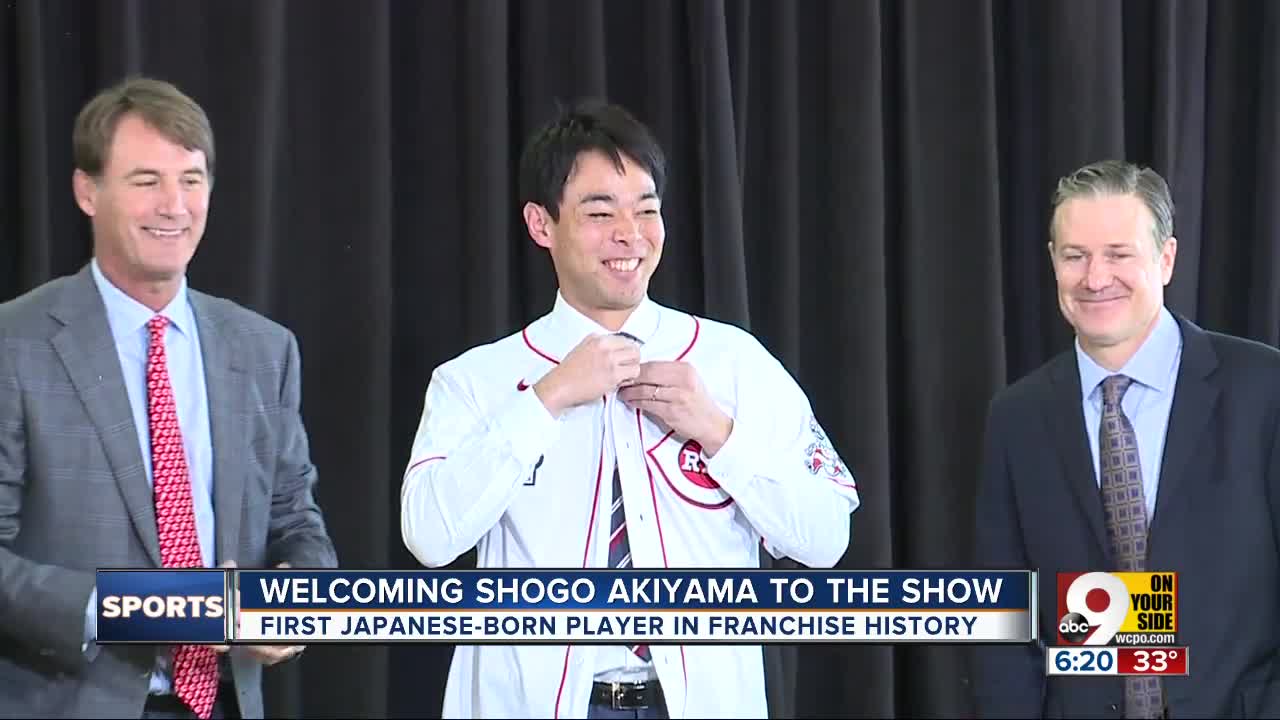 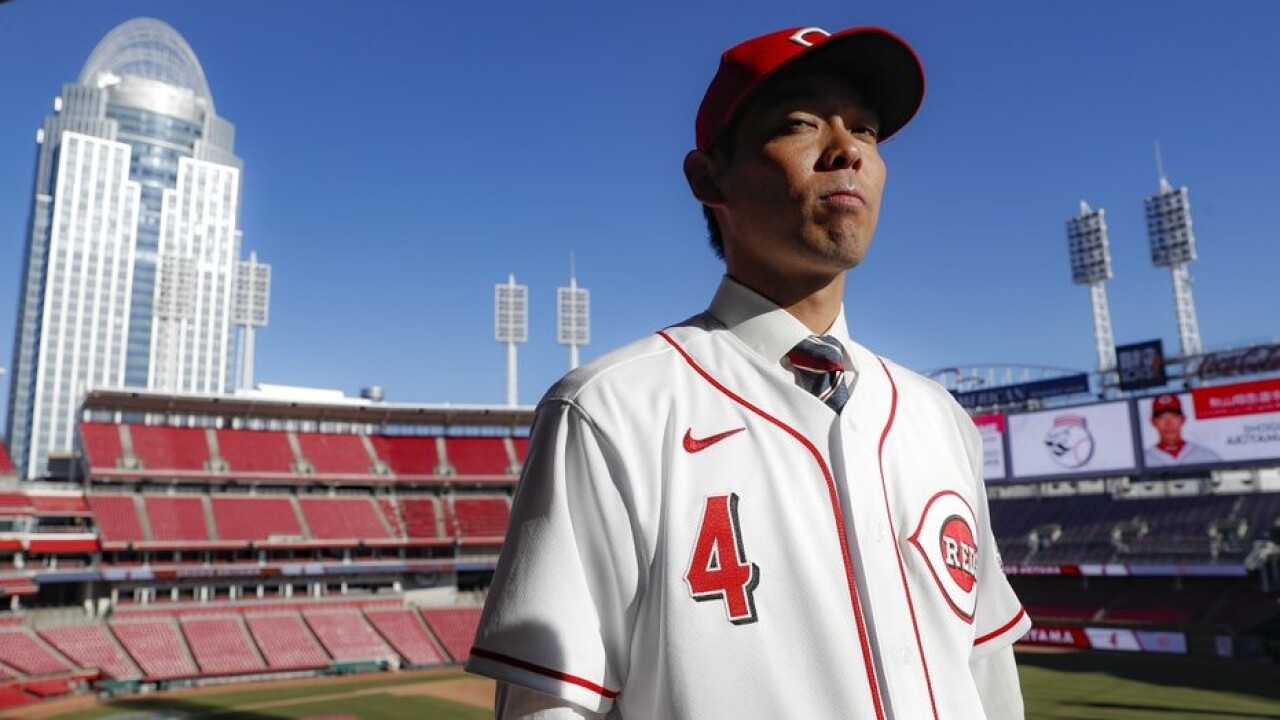 CINCINNATI — Shogo Akiyama knew the Reds were the only Major League Baseball team that never had a player born in Japan. The chance to break a barrier was part of his impetus to sign.

Akiyama got a $21 million, three-year deal this week with the Reds. They introduced him Wednesday at Great American Ball Park, where the five-time Japanese All-Star figures to play one of the outfield spots and bat leadoff if he can duplicate his stats with the Seibu Lions in the major leagues.

“The fact that they’ve never had a Japanese player was something that was very attractive, and their presentation was impressive,” Akiyama said, through translator Roger Kahlon. “It made me want to play here.”

The Reds scouted the 31-year-old outfielder for the last few seasons in Japan’s Pacific League and made the biggest push to sign him when he became a free agent, which also made an impression when he came down to choosing among the Reds, Padres and Cubs.

"The Reds were the first team that made an offer to me. I was very inspired by their passion as to how much they wanted me. I wanted to respond to that. That's why I chose the Reds," Akiyama said.

The deal includes salaries of $6 million this year, $7 million in 2021 and $8 million in 2022. If traded, Akiyama would get a $1 million assignment bonus from the team that acquires him. He can’t be sent to the minors without his consent.

Akiyama would get $250,000 for winning Rookie of the Year, $200,000 for finishing second and $150,000 for third through fifth, and the same amounts for his finish in league MVP voting. He also would get $100,000 each for All-Star selection and winning a Gold Glove or Silver Slugger.

The deal also includes standard perks given to Japanese players joining an MLB club, including a team-provided interpreter, personal trainer, one-time moving allowance, English lessons for himself and family, and round-trip business class airline tickets to the U.S.

Ideally, Akiyama would give the Reds the leadoff hitter they haven't had since South Korean-born Shin-Soo Choo in 2013 as they try to emerge from a streak of six straight losing seasons. They finished near the bottom of the NL in runs last season despite playing in one of the most hitter-friendly ballparks.

"I'm not a power hitter. I focus more on contact, getting on base, helping my team get runs. I feel like that's my strength. That'll be what I focus on," Akiyama said.

During nine seasons in the Japanese major leagues, Akiyama batted .301 and was honored four times as one of the league’s top defensive outfielders. He set a Nippon Professional Baseball season record with 216 hits in 2015.

“Shogo excels in so many of the areas that we identified as areas in which we wanted to get better,” Reds manager David Bell said. “He’s going to play, and he’s going to play a lot. We have to see how it all shakes out, but with the way he plays, we project him as being at the top of the lineup.”

The center fielder could move to one of the corner spots in Cincinnati’s unsettled outfield. Center fielder Nick Senzel is returning from surgery on his right shoulder, and the addition of Akiyama gives the Reds another option at that spot. They also have outfielders Aristides Aquino, Jesse Winker and Phillip Ervin.

The Reds also signed second baseman Mike Moustakas to a $64 million, four-year deal in the offseason to upgrade the offense. They added left-hander Wade Miley to the rotation on a $15 million, two-year deal.