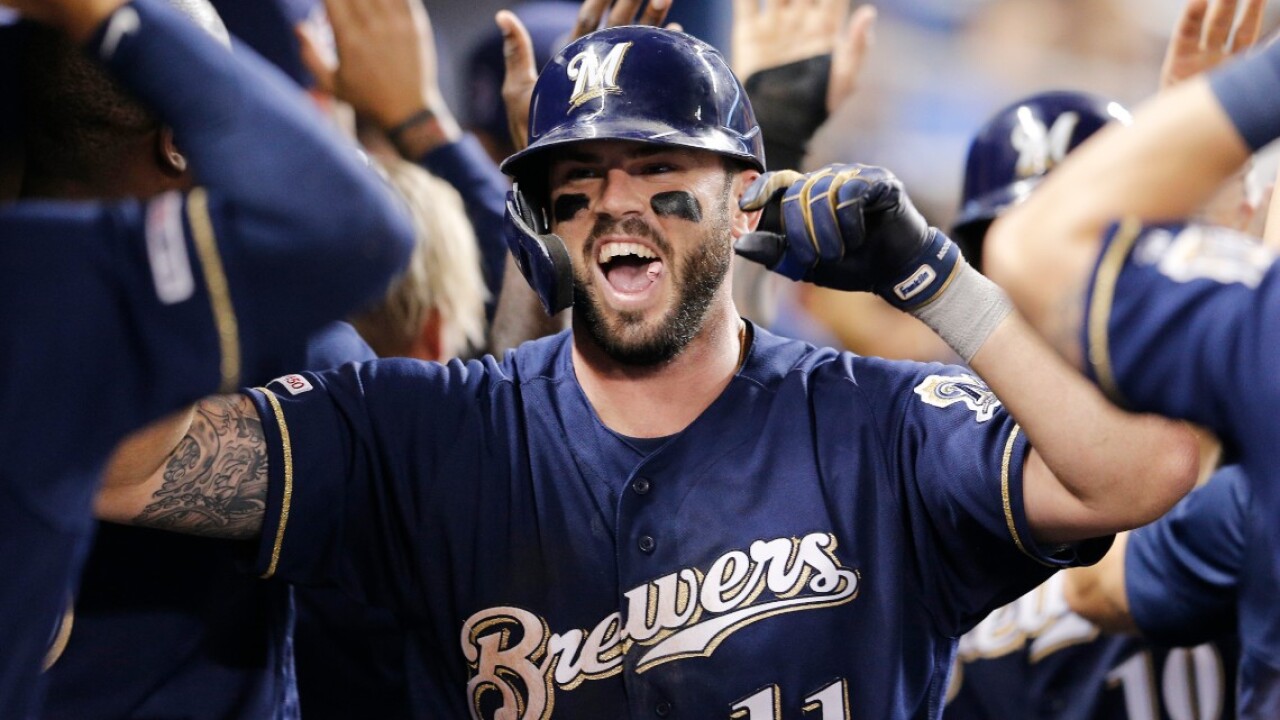 CINCINNATI — The Reds are adding more power to their infield by agreeing to sign former Brewers slugger Mike Moustakas to the richest free-agent contract in club history, according to MLB insider reports.

Moustakas, who is expected to play second base for the Reds, is getting a four-year deal worth $64 million, according to Jon Heyman.

The 32-year-old played 47 games at second base in 2019 after playing third base almost exclusively for his first eight major-league seasons - including 7 1/2 with the Royals.

Moustakas made only one error at 2B last year and had a fielding percentage of .993. He made 11 errors at 3B (.952). He started the season playing second, then switched back to third almost exclusively in June.

Moustakas hit a career-high 38 homers with the Royals in 2017.

The Reds have not confirmed the deal with Moustakas.

The Reds did report that they did not tender offers to INF/OF Jose Peraza and RHP Kevin Gausman, effectively making them free agents.