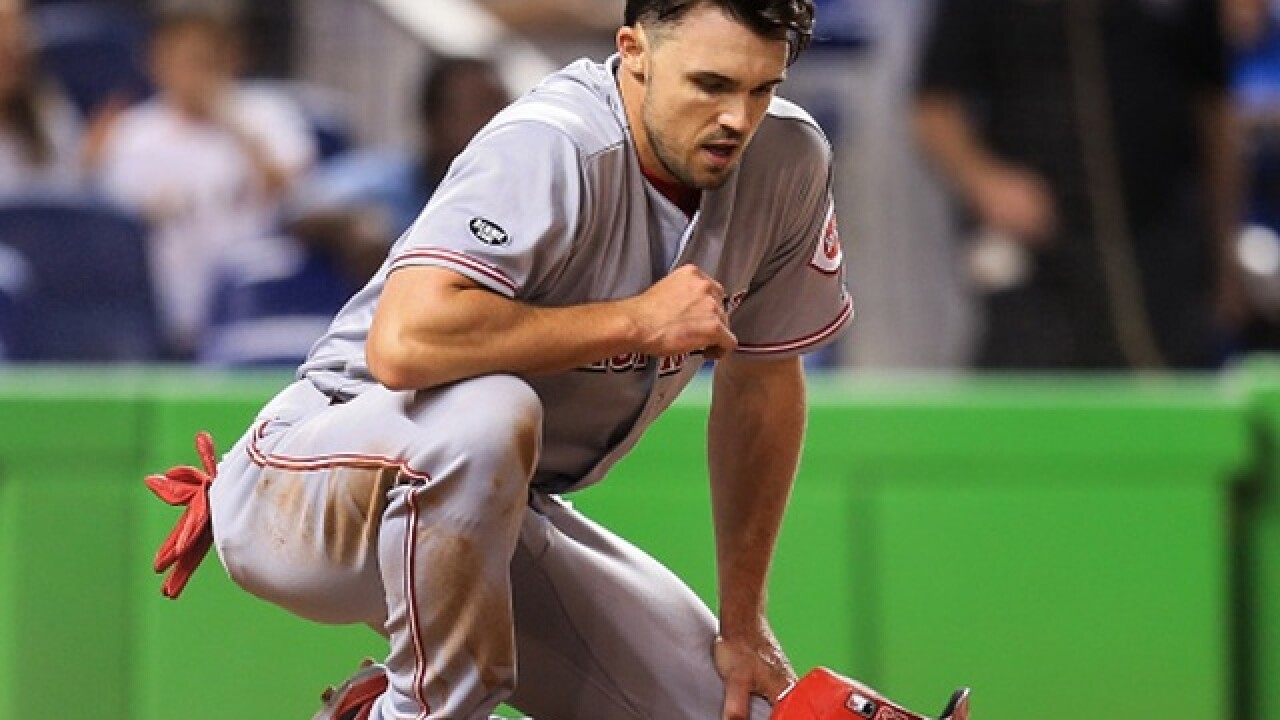 CINCINNATI -- The Cincinnati Reds on Monday night announced the team had traded outfielder Adam Duvall to the Atlanta Braves in exchange for three of the Braves’ players.

Duvall’s empty spot on the team will be filled by three Atlanta players: Outfielder Preston Tucker and pitchers Matt Wisler and Lucas Sims.

"(Trading Duvall has) in a sense freed up some money to invest in other parts of the team, and it’s brought us back three players that have a chance to help us," Reds president Dick Williams said in a conference call.

He predicted Tucker, who will join the team in Detroit Tuesday, would be a "swap-out" for Duvall. The pitchers’ roles for the remainder of the season had not been decided.