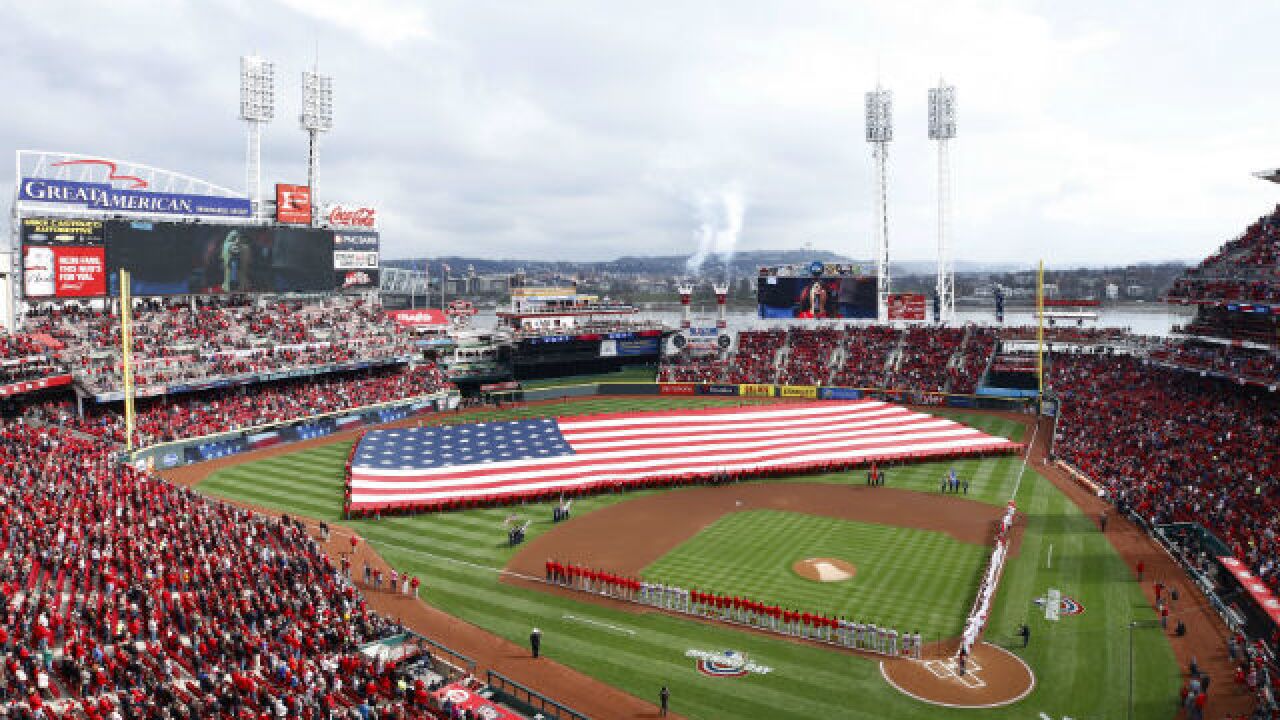 Image copyright 2018 Getty Images. All rights reserved. This material may not be published, broadcast, rewritten, or redistributed.
<p style="margin:0in 0in 0.0001pt">CINCINNATI, OH - MARCH 30: A general view during the national anthem prior to the Opening Day game between the Cincinnati Reds and Washington Nationals at Great American Ball Park on March 30, 2018 in Cincinnati, Ohio. (Photo by Joe Robbins/Getty Images)</p> 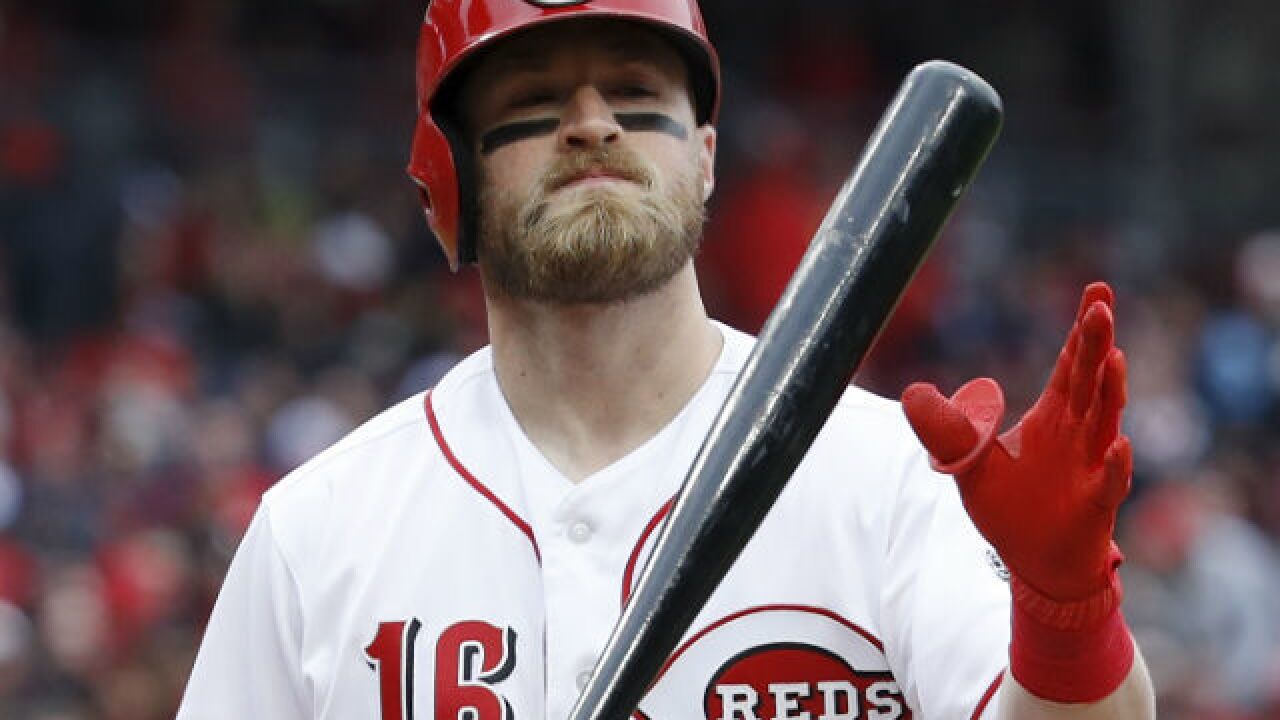 CINCINNATI –  Opening Day turned into a pitchers duel with two-time Cy Young Award winner Max Scherzer striking out 10 Reds in six innings and the Nationals walking off with a 2-0 victory Friday afternoon.

Reds starter Homer Bailey, making his Opening Day debut, was almost as good as Scherzer if not as dominating. Bailey gave up a first-inning run on a bad throw or else the two starters would have left together in a scoreless tie.

"I'm not happy with the results because it came in a loss," Bailey said. "We were able to battle a really good lineup. A couple of little things here and there and we're still playing."

Scooter Gennett went 4-for-4 and had three of the Reds’ five hits off Scherzer, but he bounced a relay throw to first that led to the only run in the first eight innings.

"I'm not going to ask for anything more than what Homer did," said Reds manager Bryan Price. "He got soft contact with Eaton and Harper. We couldn't turn the double play. It is the little things that can cost you a game."

After Adam Eaton led off the game with a single and Bryce Harper followed with another one out later,  Ryan Zimmerman grounded to Eugenio Suarez at third. Suarez’ throw was late and Harper’s rolling slide appeared to knock Gennett off his feet as he threw.

Joey Votto couldn't scoop up the throw at first to get the inning-ending double play as Eaton scored.

The Reds struck out 14 times in all and left 13 runners on base.

#Reds were only shut out 8 times last year. @WCPO

Down 1-0, the Reds staged a two-out rally in eighth off Washington closer Tyler Madison. Votto and Gennett hit back-to-back singles, but Scott Schebler grounded to second.

The Nats scored an insurance run in the ninth off Reds reliever Jared Hughes. Michael A Taylor bunted for a single, stole second, went to third on a groundout and scored on Brian Goodwin's sacrifice fly.

Scherzer struck out every Reds starter except Gennett and Votto and got Jesse Winker, Jose Peraza and Tucker Barnhart twice.

Scherzer fanned seven straight Reds when he struck out the side in the second and third innings and got  Suarez leading off the fourth.

Meanwhile, Bailey went six innings and held the Nats to one earned run on four hits and struck out three. He also contributed a single.

RELATED: Will Bailey finally give Reds healthy return on their $105 million investment?

Despite Scherzer’s dominance, the Reds got runners in scoring position in three of the first five innings, but couldn’t put any across.

Gennett, who hit a pinch-hit home run on Opening Day last year, doubled to lead off the second but watched Schebler, Barnhart and Peraza go down swinging.

In the fourth,  Gennett singled and took third on a Schebler single. Schebler then stole second, but both were stranded when Barnhart struck out on a foul tip.

Things almost got comical in the fifth. After Bailey singled to center, Billy Hamilton hit a one-hopper to first. First baseman Ryan Zimmerman tagged the base and threw to second with plenty of time to get Bailey. But his throw hit Bailey in the back of his batting helmet.

Bailey laughed off the impact and watched as Winker walked. But Suarez flied out to end the inning.

There was a scary moment in the Reds outfield during the Nationals’ sixth. With the bases loaded, Winker, playing left, and Hamilton converged at full speed on Taylor's fly ball to left center. Winker managed to snare it and avoid a head-on collision,  with both players tumbling softly to the turf.

Gennett got his third hit with one out in the sixth, but he got erased on a force when Schebler grounded to second.

Price put a surprise in his lineup card, hitting Winker first and Hamilton ninth behind Bailey.

Hamilton came up with two outs in the bottom of the ninth after Philip Irwin walked, but Hamilton struck out for the third time. He went 0-for-4.