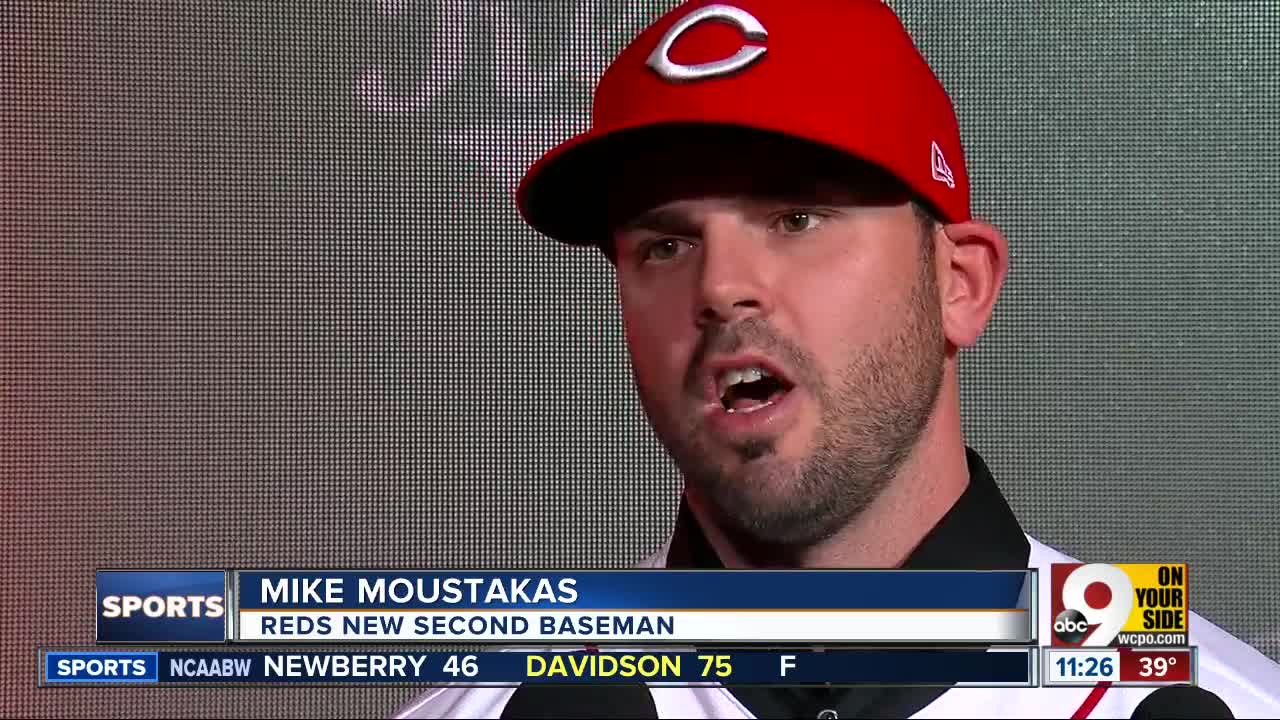 Mike Moustakas watched the Reds from the visiting dugout and saw a team on the rise. He decided to become a key part in the franchise's attempt to become a winner again. 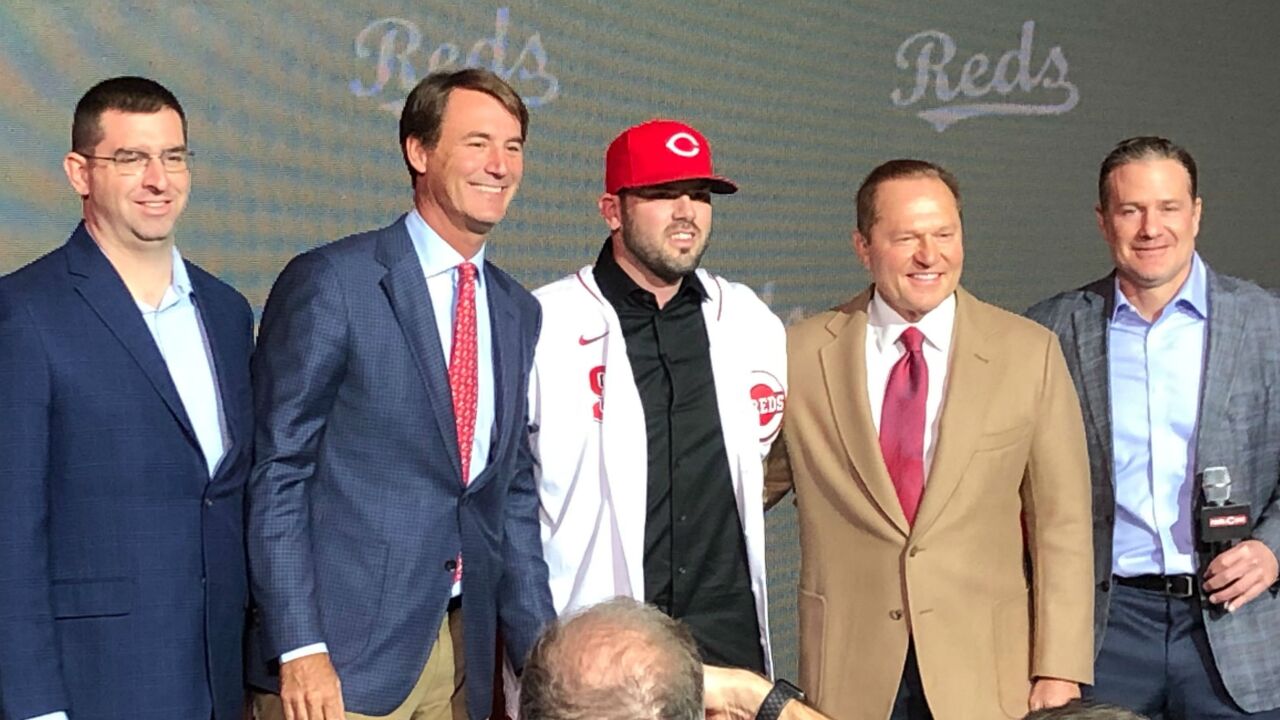 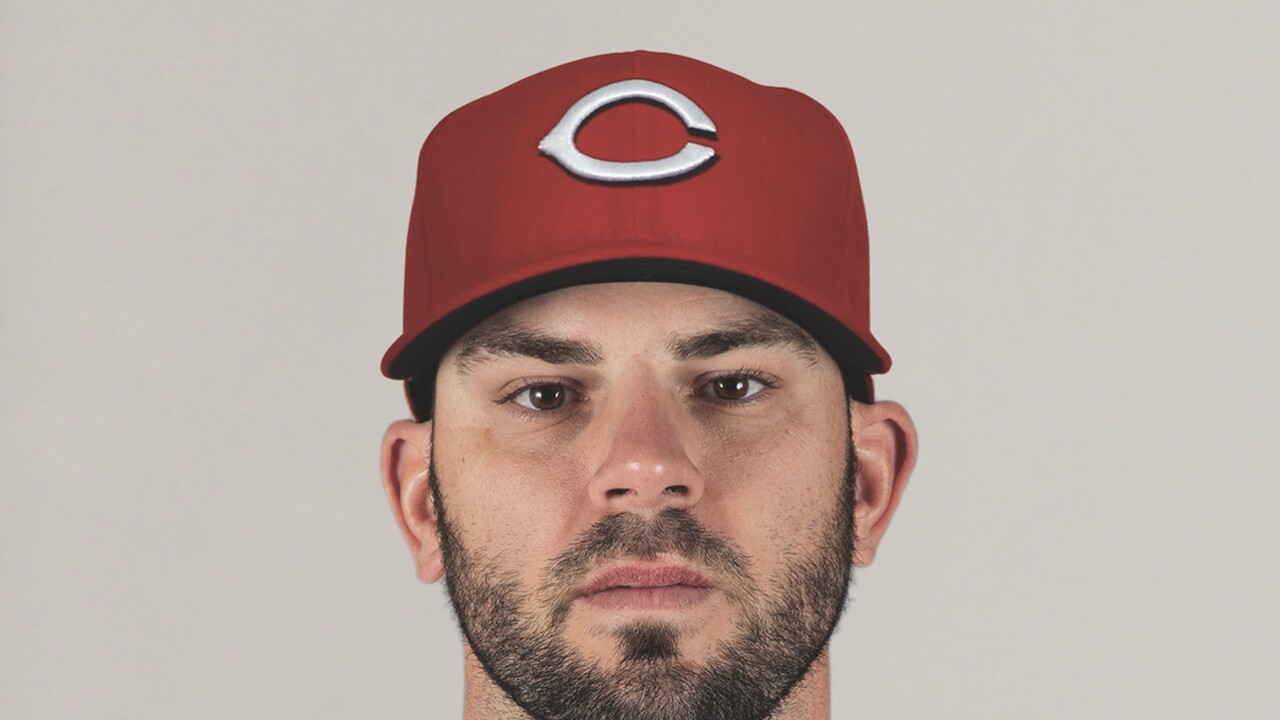 CINCINNATI — Mike Moustakas watched the Reds from the visiting dugout and saw a team on the rise. He decided to become a key part in the franchise's attempt to become a winner again.

''Being on the other side, playing in Milwaukee, I was able to see what these guys had and what they were bringing to the table,'' Moustakas said after pulling on a No. 9 Reds uniform Thursday night. ''I want to make this team a little better and get to the postseason. The most addictive thing is postseason baseball.''

The All-Star infielder completed a $64 million, four-year contract with Cincinnati on Thursday, the biggest free agent deal in franchise history. The club introduced him at a news conference before the start of Redsfest at the Duke Energy Convention Center.

The Reds have become active in free agency the last two years, trying to escape a rut of six straight losing seasons. Moustakas, 31, will plug the Reds' hole at second base, which opened when Scooter Gennett got hurt and then was traded at midseason.

''He brings out the best in all around him,'' said Dick Williams, president of baseball operations. ''We set off this offseason thinking about ways to upgrade our offense, and I think having Mike swing the bat in the lineup somewhere is going to really shake things up.''

Cincinnati scored the fourth-fewest runs in the NL last season despite one of the league's most hitter-friendly ballparks. Bulking up on offense is their top priority in the offseason.

''Mike is a proven performer on winning teams, and we are excited to add his power and experience to our roster,'' Reds owner Bob Castellini said.

The left-handed hitting slugger hit .254 with 35 homers and 87 RBIs last season and made the All-Star team for the third time. He has 42 games of playoff experience with the Royals from 2014-15 and the Brewers the last two seasons, which was attractive to a Reds team trying to get back to the postseason.

The Reds haven't been to the playoffs since 2012, when they won 90 games and lost to the Pirates in the NL wild-card game. Cincinnati then launched into a rebuild, trading away stars for prospects. The team lost at least 94 games annually from 2015-18.

The Reds decided to try to become competitive again last season and acquired Yasiel Puig, Matt Kemp, Alex Wood, Tanner Roark and Sonny Gray, who became an All-Star. Puig, Kemp and Roark were dealt during the season. Cincinnati finally escaped last place, finishing ahead of Pittsburgh with a 75-87 mark, and wasted a lot of solid pitching along the way.

''The guy's a winner,'' manager David Bell said. ''He's motivated by winning. There's an edge that he brings with that.

''We're so close and we have other players and a team full of guys that want to make that happen. To get a guy that's done it before, played in the postseason and won championships and is truly motivated to not only be the best but motivate other players, that's going to add so much to our team.''

It's Moustakas' third stop in three years. He rejected a $17.4 million qualifying offer from Kansas City after the 2017 season but eventually returned to the Royals on a one-year deal. He was traded to the Brewers that July and finished with a .251 batting average, 28 homers and 95 RBIs.

He had a $7 million salary this year and gets a $3 million buyout for declining his $10 million option. He's made $18.7 million on a pair of one-year deals the last two seasons.