No strikes since it was installed in May 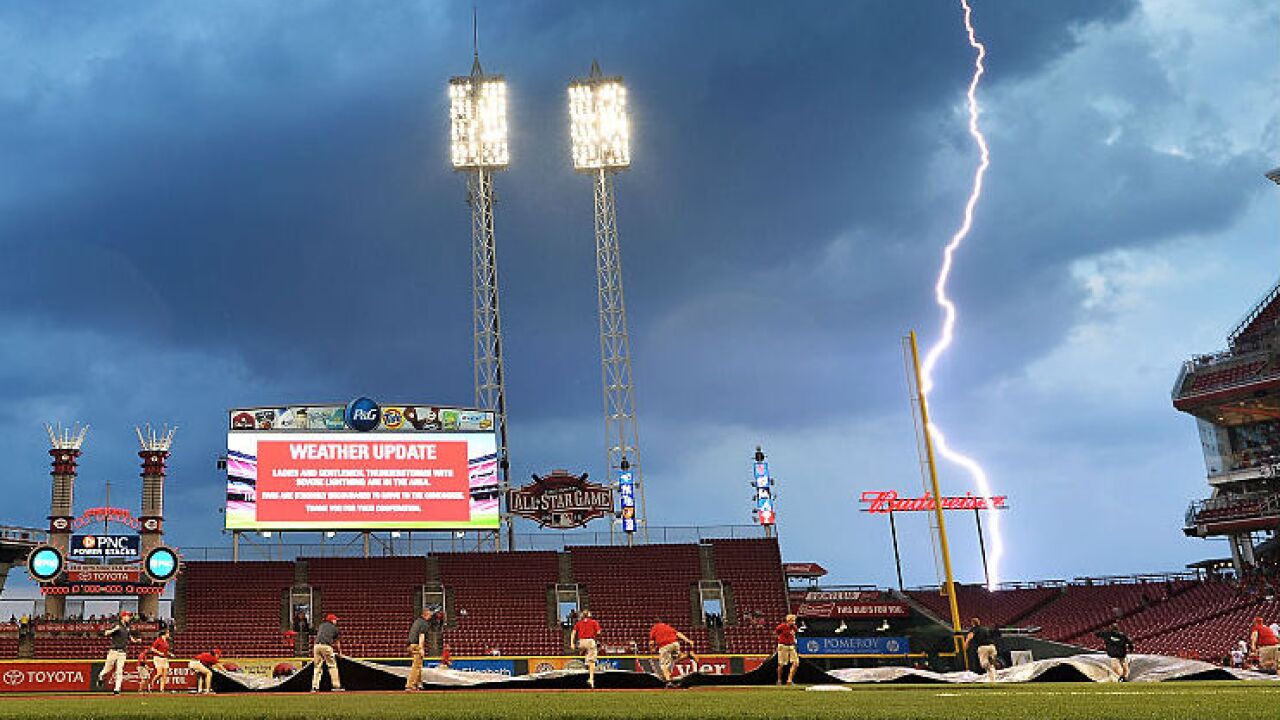 CINCINNATI — The Reds say Great American Ball Park hasn't been struck by lightning since the club installed a lightning-suppression system in May, according to a Washington Post report.

The devices, called CMCE120 Lightning Suppressors, are mounted on top of the light poles. They look like flattened aluminum globes about the width of the bases on the diamond.

The system is supposed to balance the electric field between the clouds and the grounds. In other words, It "camouflages" the field from the storm.

The Reds are the pilot program for Major League Baseball, so if they work here, they may be put to use in other ballparks.

For safety’s sake, the Reds say they left the conventional lightning rods in place.

“Our number one responsibility is the safety of people in this ballpark,” said Reds vice president of ballpark operations Tim O’Connell, “and if we can have another tool to make this a safer place to be, I’m all for it.”

O’Connell said there’s about a dozen games each season when lightning prompts the Reds to order fans out of exposed seats.