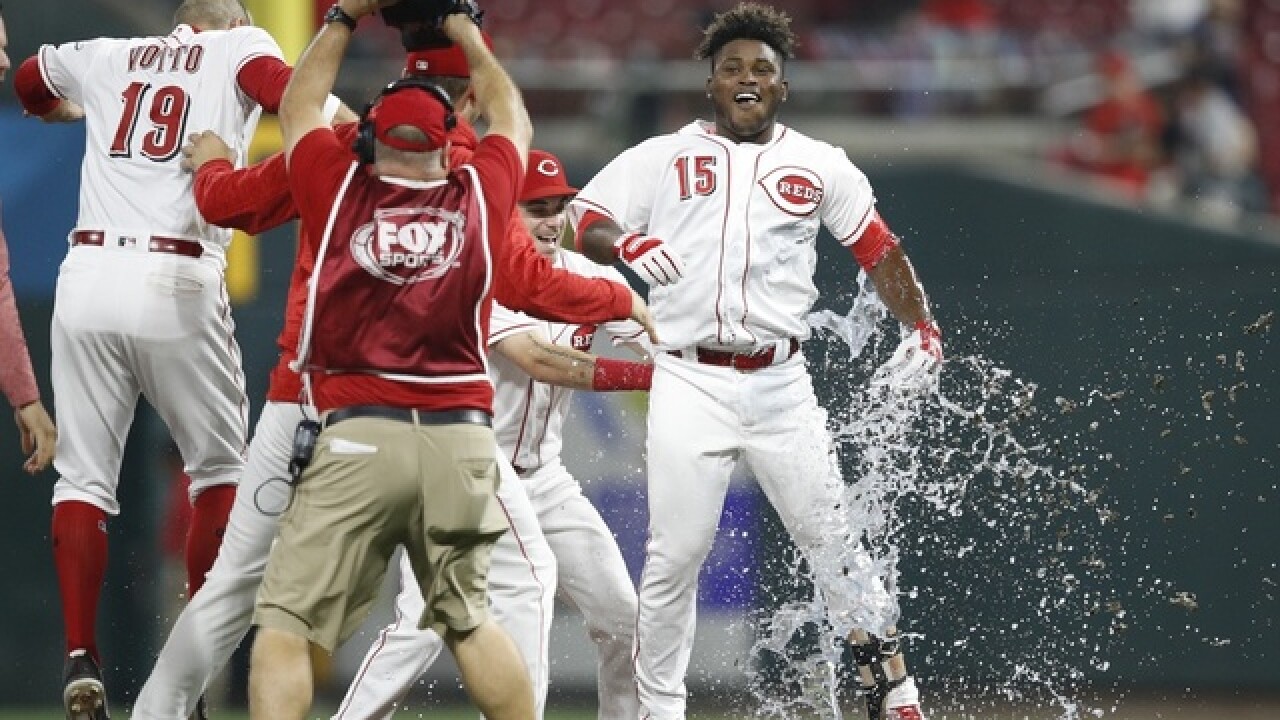 Image copyright 2018 Getty Images. All rights reserved. This material may not be published, broadcast, rewritten, or redistributed.
Joe Robbins
<p>CINCINNATI, OH - JULY 23: Dilson Herrera #15 of the Cincinnati Reds celebrates after hitting a game-winning single in the ninth inning against the St. Louis Cardinals during a game at Great American Ball Park on July 23, 2018 in Cincinnati, Ohio. The Reds won 2-1. (Photo by Joe Robbins/Getty Images)</p>

Suarez’s two-out, solo homer off Bud Norris (3-3) tied it 1-1. The closer then loaded the bases on a pair of singles and a walk, and pinch-hitter Dilson Herrera singled to end the Reds’ losing streak at four games. Jared Hughes (3-3) pitched the ninth.

The 26-year-old right-hander was hit on the right temple by a line drive while pitching for Triple-A Memphis on May 9 last year, fracturing his skull and causing bleeding in the brain. He had emergency surgery followed by months of slow recovery.