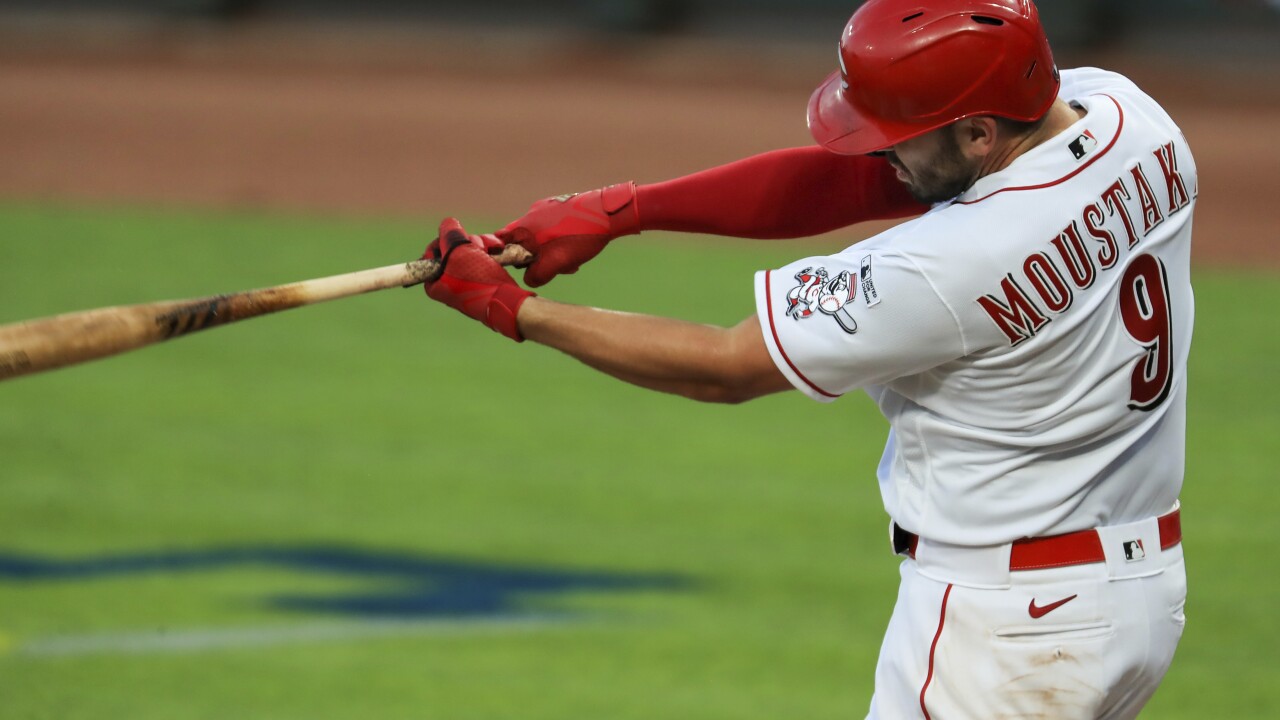 (Copyright 2020 The Associated Press. All rights reserved. This material may not be published, broadcast, rewritten or redistributed.)
Aaron Doster/AP
Cincinnati Reds' Mike Moustakas (9) hits a two-run home run in the seventh inning during a baseball game against the Detroit Tigers at Great American Ballpark in Cincinnati, Friday, July 24, 2020. The Reds won 7-1. (AP Photo/Aaron Doster)

Moustakas and Senzel missed the final game of a series against Detroit, which the Tigers won 3-2. Moustakas went on the injured list and is out indefinitely. Senzel was originally in the lineup but was scratched after he reported feeling sick.

The developments came a day after Reds infielder Matt Davidson went on the injured list because he tested positive for the coronavirus. Davidson was the Reds’ designated hitter in their season opener on Friday night, when Moustakas drove in four runs for a 7-1 win.

Manager David Bell said Moustakas didn’t feel well when he woke up Sunday morning and was told to stay home as a precaution.

“This is all new,” Bell said of the uncertainty. “As everyone knows around the world right now, it’s a big deal, what we’re all dealing with. So from that standpoint, it’s new.

“On the other side of it, it’s kind of what we do. We put distractions aside in order to go out and perform at a really high level.”

Reds starting pitcher Trevor Bauer said Sunday that he’s concerned for the sick teammates but not worried about the possibility of getting the coronavirus while playing baseball.

“I’ve made the choice to come here and play,” Bauer said. “I’ll be here all season. I know the risks involved. I’m here to play baseball. If I get sick, I get sick. I’ve accepted the fact that it might happen.”