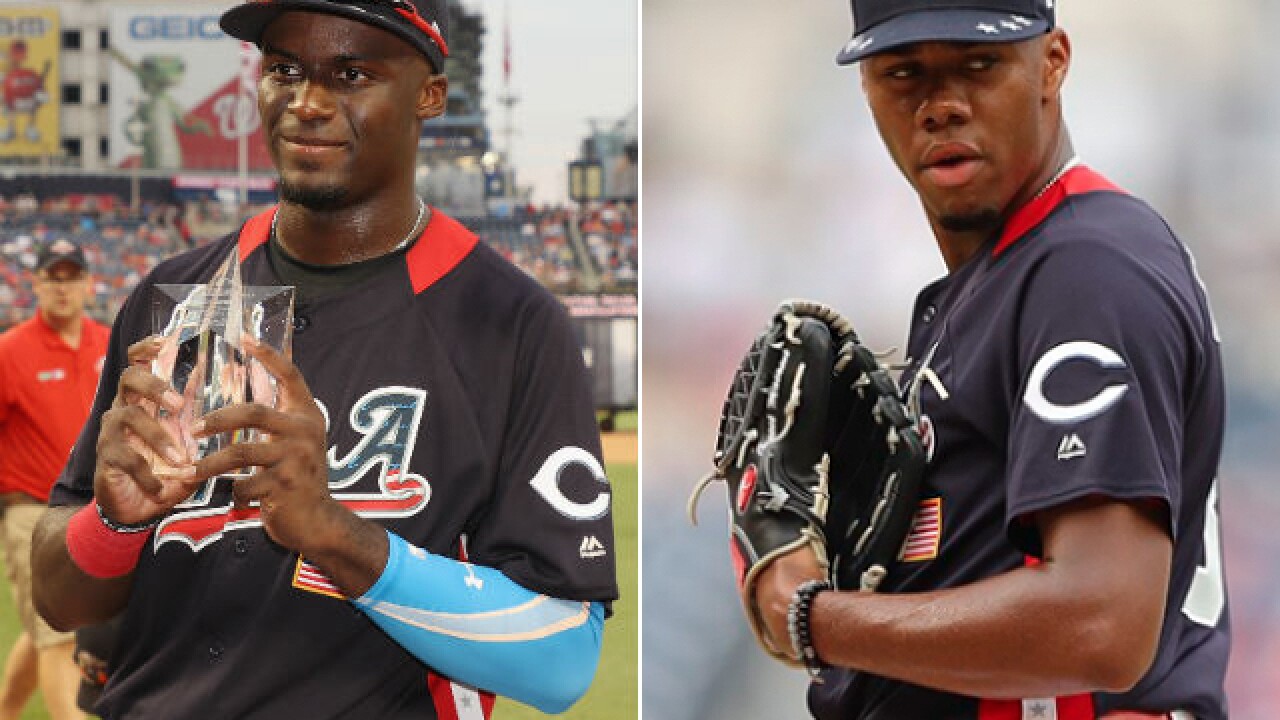 Outfielder Trammell, 20, won Most Valuable Player with a homer and  a triple, and pitcher Greene, 18, won Most Oohs and Aahs by blowing up the radar game as Team USA beat the World 10-6 in the All-Star Futures Game on Sunday.

Trammell is at Class A Advanced Daytona and Greene at Class A Dayton, but if they keep this up, Reds fans shouldn’t have to wait long to see them in the Great American Ball Park.

Trammell hammered a 438-foot homer in the sixth inning and then drove a triple off the center-field wall in the eighth. Rounding first base, Trammell raised two fingers, thinking he had homered for a second time.

"I hit the ball and thought I got it," he said. "I looked over to the dugout, and they were going crazy. I was like, `I got it.'

"I didn't see it hit the wall, but when I saw the center fielder running, I was like, `Oh, this can't be happening.' I'm not going to hear the end of it."

Trammell said one of his Daytona teammates, first baseman Bruce Yari,  told him to bring back a souvenir.  Trammell pointed toward the MVP trophy and said, "I think that right there is good enough to give them back. Bruce, that's for you."

Trammell’s bat is going to the Hall of Fame in Cooperstown, New York.

After watching Greene pitch, Trammell was already looking forward to having Greene on his Reds team. Greene threw 19 pitches over 100 mph.

“It's amazing to get the opportunity to play at this stage," Greene said, "and to be with the best guys in the minor leagues is really cool. To see everybody do their thing and to play the game we love.”