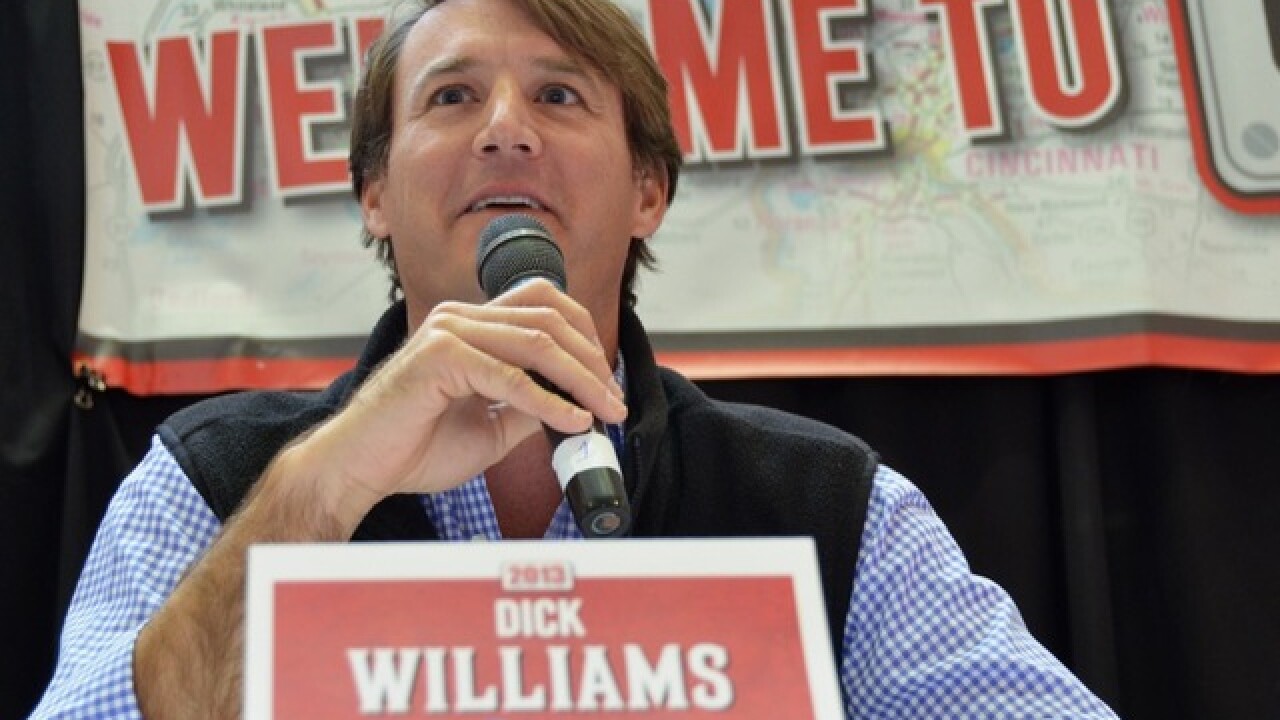 CHICAGO (AP) — Cincinnati Reds president of baseball operations Dick Williams expressed confidence in manager David Bell and his coaching staff Tuesday, but he said he would be “extremely disappointed” if the team fails to make the playoffs.

Cincinnati was one of the preseason favorites in the NL Central after it made a big splash in free agency, signing sluggers Mike Moustakas and Nick Castellanos during a roster overhaul. But the Reds began their three-game series at the division-leading Chicago Cubs with an 18-23 record.

With the 16-team playoff format for this year, there is still time for the Reds to find a way into the postseason. But the remaining schedule is tough, with trips to St. Louis and Minnesota, and home series against Milwaukee and the Chicago White Sox.

“I would be extremely disappointed if we don’t make the playoffs,” Williams said, “and I’m sure the players, staff, ownership, you know everybody had high expectations for this season. There’s a third of it left, just about, and it’s time to get out there and perform.”

But Williams didn’t sound too interested in replacing Bell, who managed Cincinnati to a 75-87 record in 2019 in his first year in charge. Asked about internet and talk radio criticism of Bell, Williams said he hasn’t paid much attention to it.

“We study every game. We go back and review them and the decisions that were made,” he said, “and the decisions that this coaching staff have made have been made with great rationale. The main glaring statistic for us is the underperformance of the offense and the batting average on balls in play.”

Heading into Tuesday’s action, the Reds were ranked last in the majors with a .237 batting average on balls in play.

Cincinnati could get some help as soon as this weekend, with Nick Senzel expected to return after being sidelined for almost a month. The center fielder was placed on the injured list on Aug. 19 for an unspecified reason.

The 25-year-old Senzel has been working out at the team’s alternate training site.

“He had over an .800 OPS when he went down. It’ll be four weeks on Friday that we’ve been without him,” Williams said, “and if you plug that production into center field versus what we’ve had, you have a much different outcome, and that doesn’t even count his defensive value.”

The Reds also made a couple moves before their matchup with Chicago. Catcher Tyler Stephenson and right-hander José De León were brought up from the team’s alternate site. Reliever Nate Jones was placed on the three-day paternity list, and infielder Matt Davidson was designated for assignment.

The 24-year-old Stephenson made his big league debut July 27 and homered in his first major league plate appearance. The 2015 first-round pick went 2 for 2 and drove in two runs, but he was sent down two days later.

“Tyler’s worked really hard to put himself in this position to be a part of our team,” Bell said.

“Obviously he will catch some. He’ll also serve as a right-handed bat off the bench. Potentially DH as well.”