Reds ponder whether Michael Lorenzen starts, relieves or pitches at all in 2019 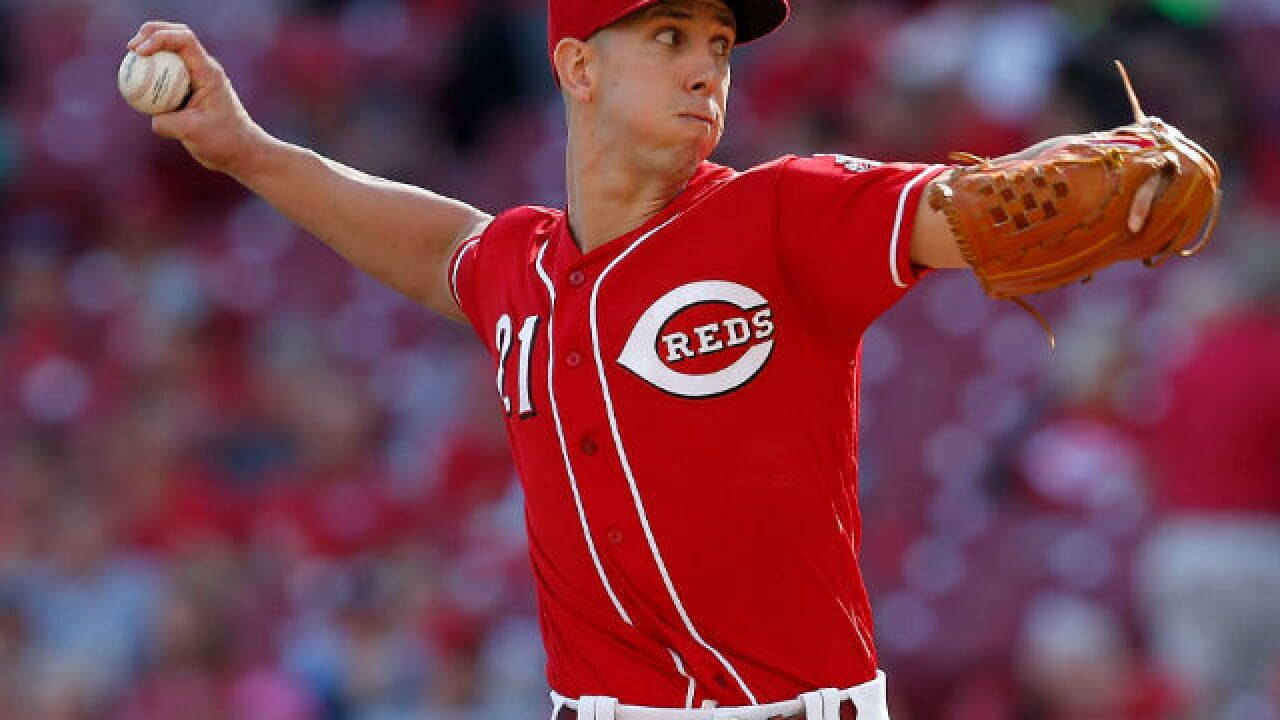 Image copyright 2018 Getty Images. All rights reserved. This material may not be published, broadcast, rewritten, or redistributed.
<p>CINCINNATI, OH - SEPTEMBER 29: Michael Lorenzen #21 of the Cincinnati Reds throws a pitch during the first inning of the game against the Pittsburgh Pirates at Great American Ball Park on September 29, 2018 in Cincinnati, Ohio. (Photo by Kirk Irwin/Getty Images)</p>

CINCINNATI  - Is Michael Lorenzen a hitter or pitcher? A starter or a reliever?

Lorenzen gave the Reds more to ponder in the offseason by getting his first victory as a starter since 2015 and singling home a run Saturday in a 3-0 win over the Pirates.

Given his choice, Lorenzen would prefer starting over relieving and explained why after throwing 73 pitches in 5 2/3 innings Saturday.

Trying to see if the right-hander might fit in their rotation plans for 2019, the Reds gave Lorenzen (4-2) a three-start audition to finish the season after 42 relief appearances. He gave up five hits Saturday in his longest appearance since he was a rookie starter in 2015.

Lorenzen had an ERA of 3.29 for his three starts – consistent with his  3.14 as a reliever. He was 4-9 as a rookie starter with a 5.40 ERA before being converted to reliever.

Lorenzen, who split his college career as an outfielder and pitcher, finished his season at the plate with a flourish. He batted .300 with four homers, a double and 10 RBIs in 30 at-bats as a pitcher or pinch hitter.

Eugenio Suarez homered for the second straight game – his 34th - off Pirates starter Jameson Taillon (14-10), pulling out of his month-long slump. His two-run shot on Friday night was his first homer and RBI since Sept. 10.

David Hernandez escaped a bases-loaded threat in the sixth. Raisel Iglesias got his 30th save in 34 chances.

The Reds’ victory ended their six-game losing streak.  Pittsburgh has dominated the Ohio River rivalry, going 13-5 this season - including the previous seven.

Taillon, the second overall pick in the 2010 draft, made it through a full season for the first time. He missed the 2014 and 2015 seasons while recovering from Tommy John surgery and a sports hernia. Last year, he had surgery for testicular cancer in May.

“None of us can appreciate what he went through,” manager Clint Hurdle said. “There’s different levels of respect, and I’m sure for his teammates it’s at the highest level.”

Taillon finished the season with a streak of 22 starts allowing three earned runs or less, one shy of Bob Friend’s single-season club record from 1963.

Pittsburgh’s Jung Ho Kang started at third base — the first time he had been in a major league lineup in two years. He has a single in four at-bats.

The 31-year-old infielder hadn’t played in the majors since September 2016 because of visa issues related to DUI arrests in his native South Korea. Earlier this season, he played in the Pirates’ minor league system before a left wrist injury required surgery. The Pirates decided to add him to the roster for the final series.

Reds: Scooter Gennett was out of the lineup with a sore right biceps. Gennett leads the NL in three-hit games and ranks fourth with a .310 batting average. “It’s nothing serious, but with where we are in the season, it would be stupid to go out and make it worse,” Gennett said.

RHP Clay Holmes will start for the Pirates vs. RHP Sal Romano in the final game of the season for these two teams.