Bauer mimed opening a beer on the mound 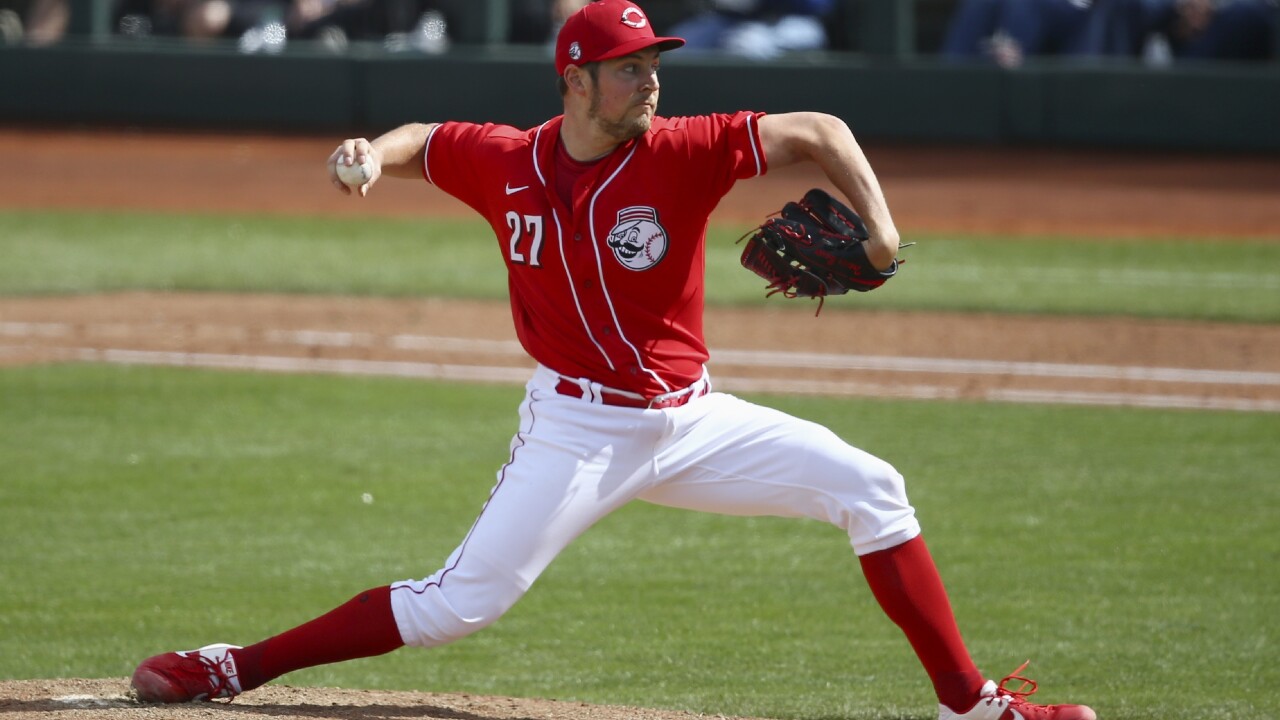 MILWAUKEE — What started as a simple tweet from Cincinnati Reds Pitcher Trevor Bauer turned into something all Cincinnati baseball fans can enjoy – more specifically, those over the age of 21.

The Reds twitter account posted a graphic on Aug. 14 about Sonny Gray's 45 strikeouts through 5 appearances being the most by a Cincinnati pitcher during the modern era. Bauer responded with, "Hold my beer."

Here's where things get interesting. Budweiser's Twitter account then challenged Bauer to break Sonny Gray's newly-set record. If he did, the St. Louis-based beer maker would produce a special can that reads "Cincinnati Buds" on their normal Budweiser can.

You had us at "beer" @BauerOutage. 14 Ks in your next two starts: you break the record, we'll make these. https://t.co/SESOvH2pA0 pic.twitter.com/AxXGI08Itx

Bauer accepted the bet and got his 46th strikeout in his fifth start Monday night against Milwaukee Brewers right fielder Avisaíl García.