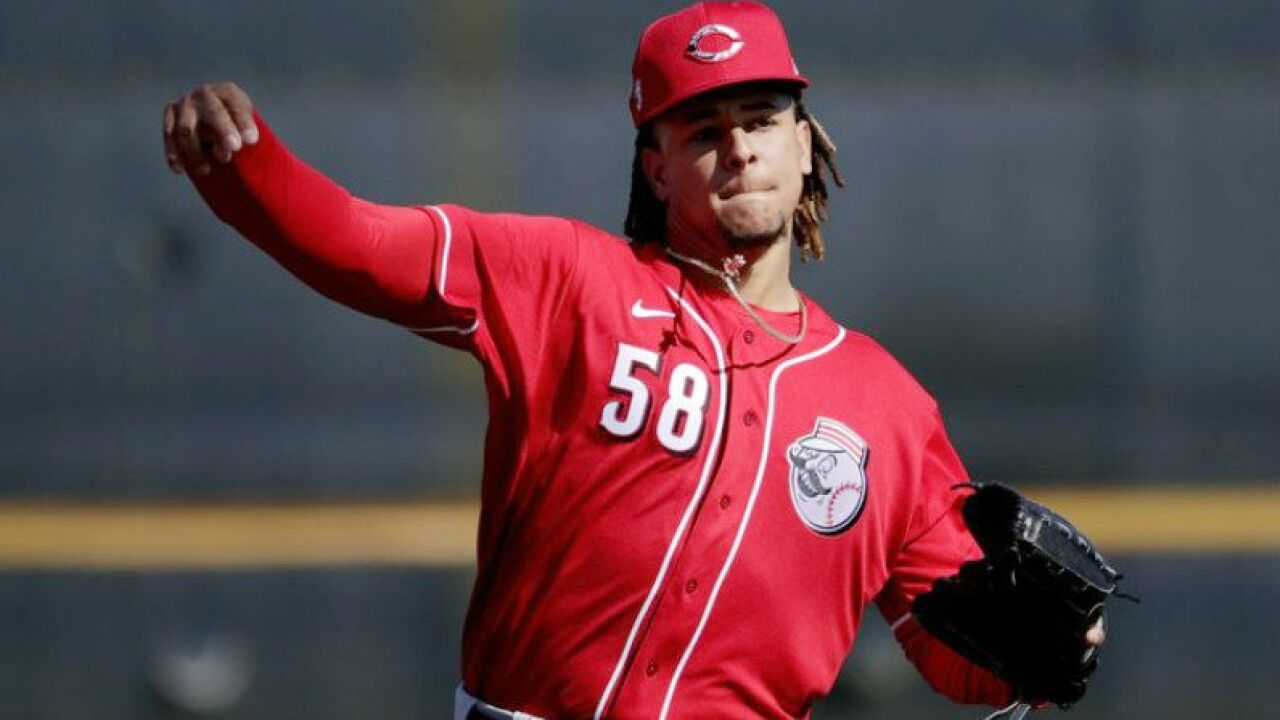 GOODYEAR, Ariz. — Luis Castillo accomplished two of his goals last year: He was the Reds’ Opening Day starter and made the All-Star team. He’s aiming higher in 2020.

With an upgraded offense behind him, Cincinnati’s best starter thinks he’s capable of winning the Cy Young Award.

“I think with this team filled with veterans, it is something we can do together,” he said.

The first-time All-Star had career highs in wins, innings and strikeouts, relying on a changeup that former Cubs manager Joe Maddon likened to a “Bugs Bunny change-up” because of the way it complements his fastball.

“He had a phenomenal year,” Reds manager David Bell said. “Just staying hungry and continuing to get better will help him reach his potential, which is through the roof. We saw a lot last year and there’s more in there for sure.”

Over the last three seasons, Castillo leads the Reds’ staff with 28 wins, 78 starts, 449 2/3 innings and 489 strikeouts. He’ll be eligible for arbitration next year.

Castillo got attention with his impressive beginning to last season. After Bell chose him for the Opening Day start, he allowed only two hits in 5 2/3 innings of a 5-3 win over Pittsburgh. After 10 starts, he was 5-1 with a 1.90 ERA, allowing only three homers overall.

Castillo struggled near the end of the season as his innings piled up. He had a 4.40 ERA in his last eight starts, giving up at least five runs three times.

He said he plans to use his changeup more strategically this season.

“The small little things are what we are focusing on this year,” Castillo said. “The mistakes from last year, we will learn from this year.”

The Reds finished near the bottom of the National League in runs scored last season despite playing in one of its most hitter-friendly ballparks. The additions of infielder Mike Moustakas and outfielders Nick Castellanos and Shogo Akiyama are expected to provide a significant upgrade,

“It gives me such confidence,” Castillo said.

NOTES: The Reds play their Cactus League opener at 3:05 p.m. ET Saturday against the Indians in Goodyear.