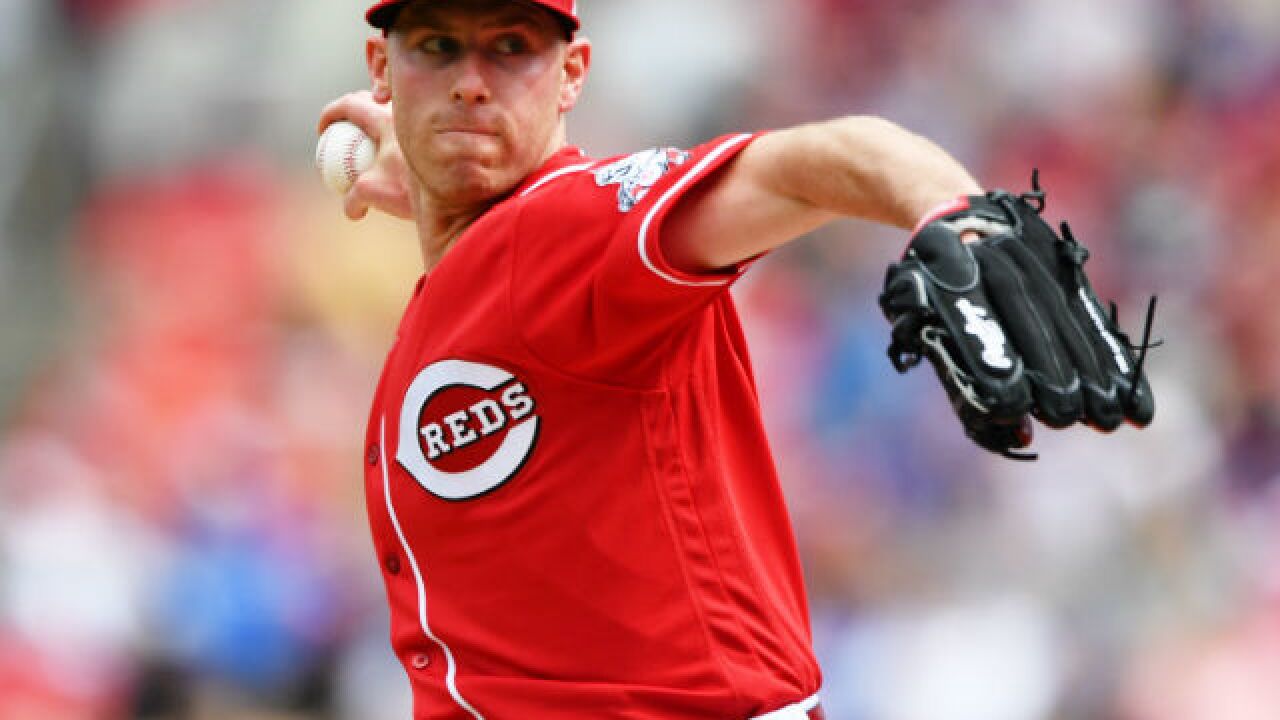 Image copyright 2018 Getty Images. All rights reserved. This material may not be published, broadcast, rewritten, or redistributed.
<p>CINCINNATI, OH - JUNE 23: Anthony DeSclafani #28 of the Cincinnati Reds pitches in the first inning against the Chicago Cubs at Great American Ball Park on June 23, 2018 in Cincinnati, Ohio. (Photo by Jamie Sabau/Getty Images)</p> 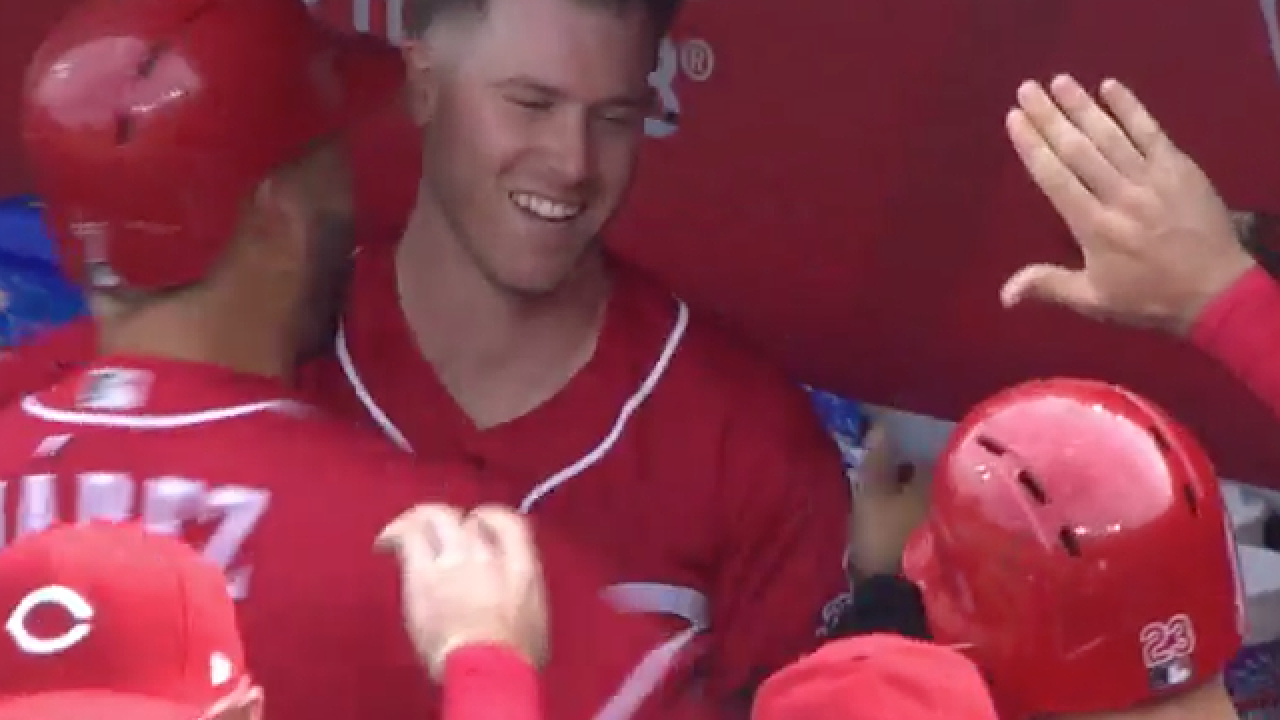 The Comeback Kid hit a grand slam - the first by a Reds pitcher in 59 years – as the Reds stretched their winning streak to six Saturday with an 11-2 rout of the Cubs.

The right-hander also slammed the door on the Cubs, holding them to three hits and two runs in 6 1/3 innings in winning his third straight start.

DeSclafani smashed a fastball by Cubs reliever Brian Duensing over the left-field wall during a six-run third inning. It was the first grand slam by a Reds pitcher since Bob Purkey on Aug. 1, 1959 – also against the Cubs.

"I got to a full count there," DeSclafani said. "I knew a fastball was coming, so I just tried to square it up and it happened to go out. At first, I didn't think it was a home run. but I saw the left fielder kind of give up on it. Then I saw the ball get into the stands.

"It was awesome. Everything in that at-bat happened so quick, from when I swung and hit the ball until I started shaking hands in the dugout."

DeSclafani (3-1) missed all of the 2017 season and the first two months of 2018 because of injuries. He lost his first start against the Rockies June 5 and hasn’t lost since.

DeScalfani's grand slam was the Reds' third in five days and their major league-leading seventh of the season, two short of the record set in 2002.

Tucker Barnhart and Joey Votto also went deep in front of a crowd of 36,818, Cincinnati's largest since opening day.

Barnhart hit a two-run homer in the first inning off Cubs starter Luke Farrell and Votto hit a three-run shot off backup catcher Chris Gimenez in the eighth.

The Reds are on a roll, winning nine of their last 11, including three straight from the Cubs.

"They definitely have played much better," Cubs manager Joe Maddon said. "They deserved all three. Our pitching was in disarray, and they took advantage of it."

Willson Contreras and Ben Zobrist homered for Chicago, which has lost three straight games for the first time since a five-game slide from May 1 through May 6. Zobrist and Ian Happ each had two of the Cubs' six hits.

Contreras' fifth homer trimmed Cincinnati's lead to 2-1 in the second, but the Reds responded with six in the third.

Votto sparked the rally with a two-out walk against Farrell (2-3).  Duensing then came in and yielded run-scoring hits to Scooter Gennett and Eugenio Suarez with his first two pitches.

A walk to Jesse Winker and Adam Duvall's infield single loaded the bases for DeSclafani.

Farrell, a former Red and the son of ex-Red Sox manager and current Reds scout John Farrell, was charged with three runs and two hits in his second career start.

Cubs left fielder Kyle Schwarber, who grew up in nearby Middletown, took an autographed bat to a fan who was injured by one of his foul balls. The fan walked out with help wearing a white bandage around his head.

Cincinnati third baseman Eugenio Suarez had three hits, extending his career-high hitting streak to 13 games. It's the longest streak by a Red this season.

DeSclafani is the fourth Reds pitcher to hit a grand slam, joining Purkey, Al Hollingsworth in 1936, also against the Cubs, and Icebox Chamberlain with an inside-the-park homer in 1892.

Contreras's homer survived a crew-chief replay review after video showed a fan wearing a Cubs jersey trapped it with his glove against the top of the fence before hauling it in.

Chicago bench coach Brandon Hyde was ejected by plate umpire Greg Gibson in the top of the fourth inning for complaining about ball-strike calls.

Gimenez made his 10th career pitching appearance and first for the Cubs.

Cubs: LHP Rob Zastryzny left in the sixth with what Maddon called left side tightness.

Reds: INF Nick Senzel, Cincinnati's top pick and the second overall selection in the 2016 draft, is scheduled to undergo season-ending surgery to repair a torn tendon in his right index finger. He suffered the injury on Friday with Triple-A Louisville.