Reds shut out during first playoff series in seven years 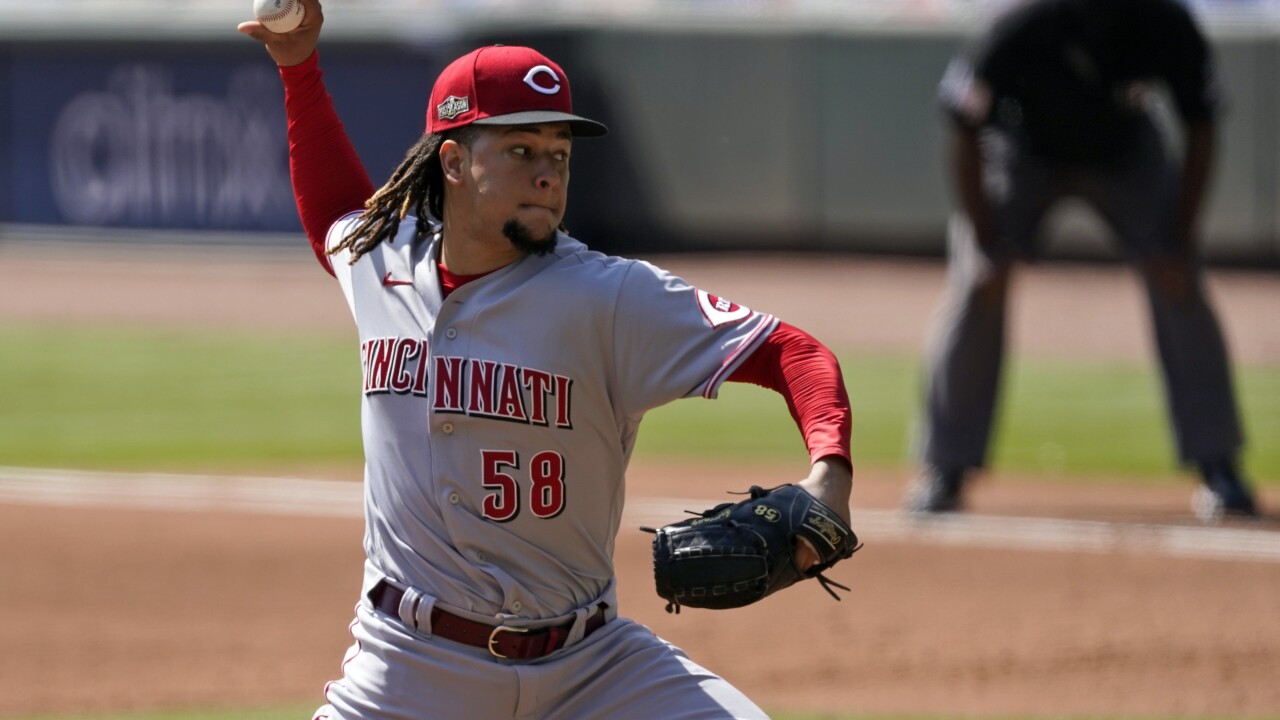 (Copyright 2020 The Associated Press. All rights reserved. This material may not be published, broadcast, rewritten or redistributed.)
John Bazemore/AP
Cincinnati Reds starting pitcher Luis Castillo throws during the fifth inning in Game 2 of a National League wild-card baseball series against the Atlanta Braves, Thursday, Oct. 1, 2020, in Atlanta. (AP Photo/John Bazemore)

ATLANTA — The Cincinnati Reds fell 5-0 in their second playoff game against the Atlanta Braves on Thursday.

The game ends the team’s first playoff run in seven years, and the Reds were shut out in consecutive postseason games for the first time. They went 22 innings without a run, the longest postseason scoreless streak in Reds history.

“No one feels worse than the guys who put everything they had on the line, and it didn’t work out,” manager David Bell told the Associated Press. “We’ve got to learn from it and find a way to be better from it.”

Luis Castillo struck out seven in 5 1/3 innings in his first postseason start, and Trevor Bauer struck out 12 in 7 2/3 scoreless innings in Game 1.

Tucker Barnhart’s groundout to second base ended the inning, the Reds’ best scoring chance on Thursday.

The Cincinnati Reds played their first postseason game in seven years on Wednesday. The game stayed scoreless for over a dozen innings, ending only when the Atlanta Braves finally tipped the scale for a 1-0 victory in the bottom of the 13th.

Next, the Braves face either the Miami Marlins or the Chicago Cubs in Game 1 of the NL division series in Houston on Tuesday.

As for the Reds, they'll return Feb. 27 for their 2021 spring training opener against the Cleveland Indians in Goodyear, Arizona.