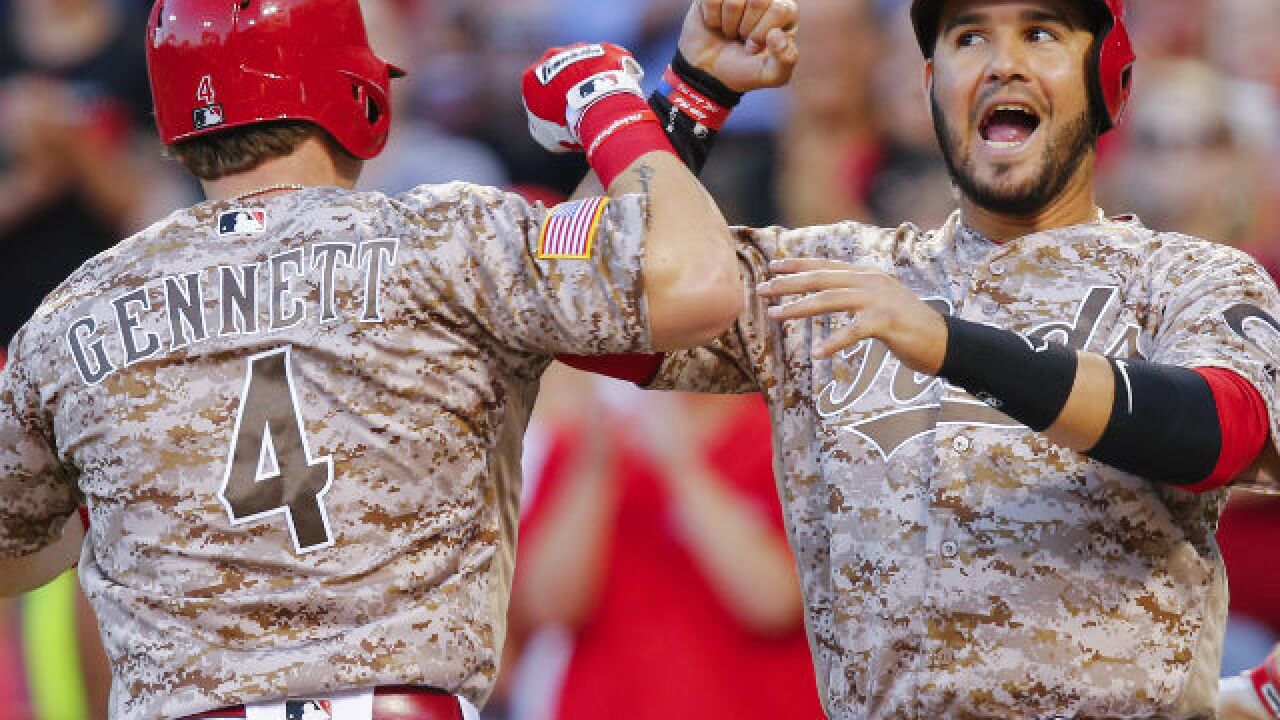 Image copyright 2018 Getty Images. All rights reserved. This material may not be published, broadcast, rewritten, or redistributed.
<p>CINCINNATI, OH - MAY 06: Eugenio Suarez #7 of the Cincinnati Reds congratulates Scooter Gennett #4 of the Cincinnati Reds after hitting his second of four home runs against the St. Louis Cardinals at Great American Ball Park on June 6, 2017 in Cincinnati, Ohio. (Photo by Michael Hickey/Getty Images)</p>

CINCINNATI – Eugenio Suarez and Scooter Gennett are going to their first All-Star Game and Joey Votto is going to his sixth.

Guess who's most excited.

"Just being recognized for the effort, but also the performance and numbers and stuff is great," Gennett said. "It's definitely going to be a lot of fun going there and experiencing it. Obviously, it's my first one so definitely looking forward to it."

That's not to say Votto isn't happy about being selected to the July 17 game at Nationals Park.

"The players voting me in was really exciting," said Votto, an All-Star for a second straight year. "I was really hopeful to make the team, and to make it is always a great honor. I'm very happy about that."

The three Reds were selected as reserves for the National League team by vote of players from around the league. Rosters were announced Sunday night.

Suarez and Gennett have the credentials to be All-Star starters - they lead the league in one of the major offensive categories - but they lost out, along with Votto, in online fan voting.

Third baseman Suarez missed 16 games in April with a fractured right thumb but still leads the NL in RBIs (68) and is sixth in batting average (.315) and home runs (19). He also leads the league in on-base plus slugging percentage (.982),

Second baseman Gennett leads the NL in batting average (.326) and has 14 home runs and 58 RBIs.

Atlanta's Freddie Freeman (16 HR, 59 RBI, .315) was the leading vote-getter among all players and will start at first base.

New rules for selecting the All-Star reserves and pitchers took effect this year.