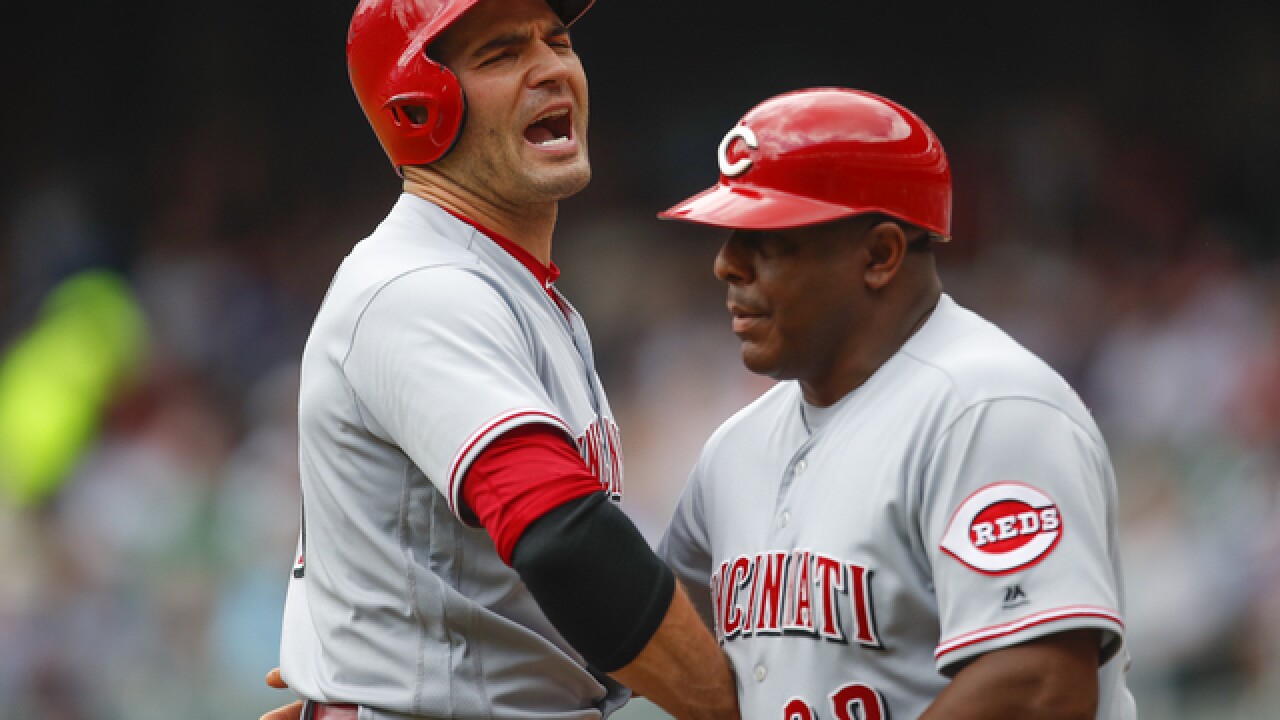 Image copyright 2018 Getty Images. All rights reserved. This material may not be published, broadcast, rewritten, or redistributed.
Todd Kirkland
<p>ATLANTA, GA - JUNE 27: Joey Votto #19 of the Cincinnati Reds is restrained by third base coach Billy Hatcher as he is ejected from the game in the first inning of an MLB game against the Atlanta Braves at SunTrust Park on June 27, 2018 in Atlanta, Georgia. (Photo by Todd Kirkland/Getty Images)</p>

ATLANTA (AP) — Cincinnati Reds first baseman Joey Votto has been ejected for arguing a called third strike in the first inning Wednesday against the Atlanta Braves.

It is the eighth career ejection for Votto, a five-time All-Star and the 2010 NL MVP.

Brandon Dixon took his place in the field.

Votto was thrown out after taking a high strike from Sean Newcomb. After home plate umpire Carlos Torres called him out, Votto stepped from the batter's box, walked in front of the plate and turned to disagree.

As Votto kept talking, Torres held up his hand three different times before issuing the ejection. Third base coach Billy Hatcher came over to restrain Votto as interim manager Jim Riggleman came out of the dugout to speak with Torres.

Votto leads the NL in on-base percentage and walks. His 265 career homers rank fifth on the Reds' career list.