Reds' Harvey back in New York: 'I made a lot of mistakes' 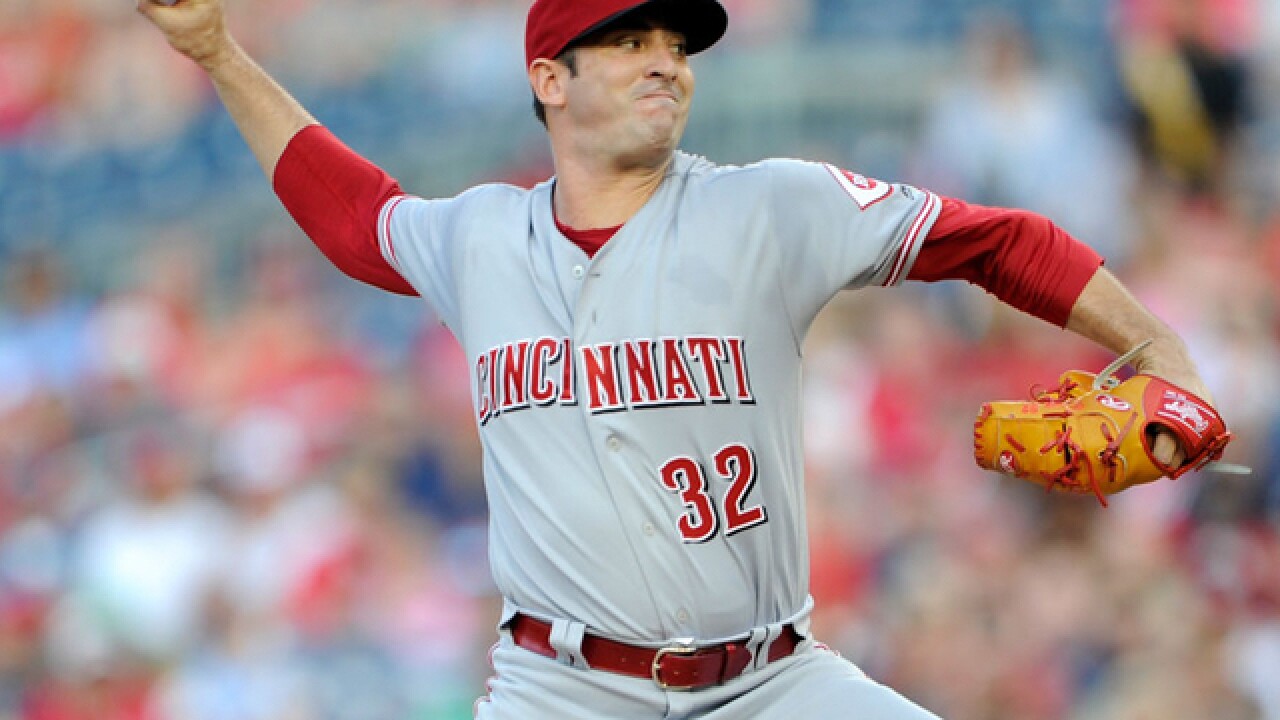 Image copyright 2018 Getty Images. All rights reserved. This material may not be published, broadcast, rewritten, or redistributed.
Greg Fiume
<p>WASHINGTON, DC - AUGUST 04: Matt Harvey #32 of the Cincinnati Reds pitches in the first inning against the Washington Nationals during game two of a doubleheader at Nationals Park on August 4, 2018 in Washington, DC. (Photo by Greg Fiume/Getty Images)</p>

NEW YORK (AP) — The glory days with the Mets, those are still fresh for Matt Harvey: Pitching in the World Series, hearing the chants at Citi Field, becoming the Dark Knight.

So are the bad times: Suspended for failing to show up at the park, getting hit hard, being banished to the bullpen.

"I remember a lot of cheers," the former ace said. "I do remember some boos."

Traded to Cincinnati for catcher Devin Mesoraco on May 8, Harvey returned Monday to the stadium he once ruled. He's not scheduled to pitch in the three-game series.

"That was interesting, not pulling into the players' lot," he said in the Reds dugout, a few hours before the opener.

The Mets planned a video tribute to his time in town during the game. Asked what kind of reception he might get, he said, "I don't know."

"I can understand there will be some boos and what-not," the 29-year-old Harvey said.

His message to the crowd?

"I want people to know I do regret a lot of mistakes I made," he said, later adding, "Obviously, I never wished it ended like that."

As Harvey walked into short left field for pregame throwing with other Reds pitchers, a small cluster of fans called to him.

Harvey's rise to stardom was meteoric, even by New York standards.

Promoted to the majors in 2012, he started the All-Star Game at Citi Field the next year. That same season, there was that memorable night when he outpitched Washington ace Stephen Strasburg and Mets fans kept chanting "Harvey's better!"

By then, the hard-throwing Harvey was already a fixture in the tabloids, dating models, rooting on the hockey Rangers and living the New York life.

His zenith came in 2015, when his two playoff wins helped put the Mets in the World Series. The ballpark never sounded louder when he took the mound in the ninth inning of Game 5 with a 2-0 lead over Kansas City.

"The highs definitely took things to a different level," he said.

But after a walk and a hit, it all fell apart for the Mets, and Harvey. The Royals rallied to tie it, and eventually won in the 12th to take the crown.

After that, Harvey was never quite the same.

Having missed the entire 2014 season while recovering from Tommy John surgery, he became beset by injuries. Surgery for thoracic outlet syndrome, shoulder trouble and other ailments added up, and took their toll.

"I definitely gave it my all, and my body definitely couldn't handle it," he said.

Harvey said the struggles and frustration and frequent injuries mounted so much, there was a time "I really didn't know I was going to continue playing the game."

Harvey mentioned the mistakes he made a couple times, without detailing them. But after starting out 0-2 with a 7.00 ERA in four starts and four relief appearances this year, the Mets had seen enough.

Three months ago, they traded him.

"There was a lot of tears, a lot of sadness. It was tough," he said.

Harvey has resurrected himself, somewhat, with the last-place Reds. He's 5-5 with a 4.79 ERA in 15 starts for Cincinnati, and there's talk that he might get traded before Sept. 1 to a playoff contender.

"I just think I needed to throw and be out there and pitch," he said. "I appreciate the Reds organization for giving me a chance."

"Had such good memories here," he said.

"You hear stories, but that was so far from anything that would've concerned us," Riggleman said. He described Harvey's performance on and off the field as "top flight."

And Riggleman predicted more of those special moments are in Harvey's future.

"He's still recovering," Riggleman said. "He may be better next year."