Reds fans: Here's your chance to sound off about the Reds being losers 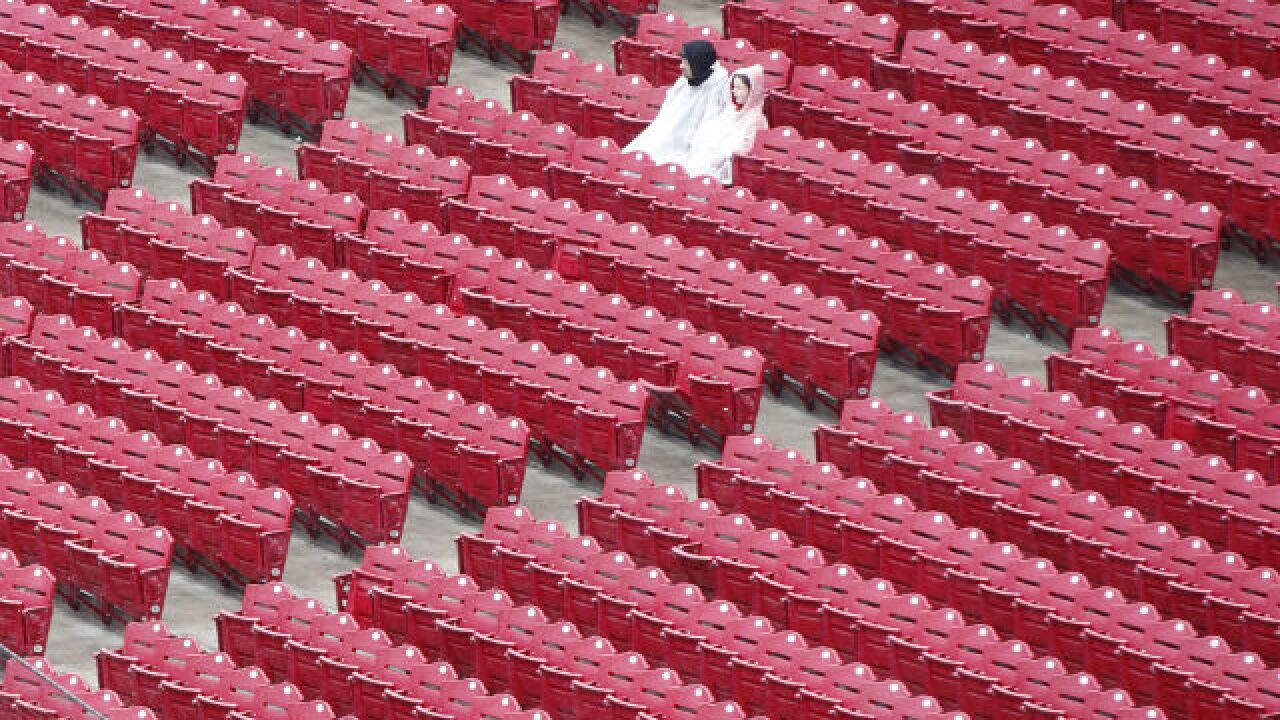 Image copyright 2018 Getty Images. All rights reserved. This material may not be published, broadcast, rewritten, or redistributed.
<p>CINCINNATI, OH - APRIL 15: General view as a pair of fans sit in a large section of empty seats during a rain delay prior to the game between the St. Louis Cardinals and Cincinnati Reds at Great American Ball Park on April 15, 2018 in Cincinnati, Ohio. (Photo by Joe Robbins/Getty Images)</p>

CINCINNATI -- Now that Bryan Price is gone, anybody who thinks the Reds will suddenly turn into winners hasn't been paying attention.

Seems to us, a team that is well on its way to its fourth-straight last-place finish has to do a lot more than fire the manager to get out of the cellar.

Here are some suggestions we came up with. Vote for your favorite - or vote "Other" if you think we're out of our minds.

Reds fans have been notoriously docile for four years while ownership/management has run the team into the ground in the name of "rebuilding." Isn't it time to say, "We're mad as hell and we're not going to take it anymore!?" How do you suggest we protest to ownership?

As for Price, a pitching coach who never managed in the big leagues before taking over a team that was being strip-mined by ownership, we think it's only proper to let fans have their say.

Finally, do you blame Price for the failures of the last five years or somebody/something else: