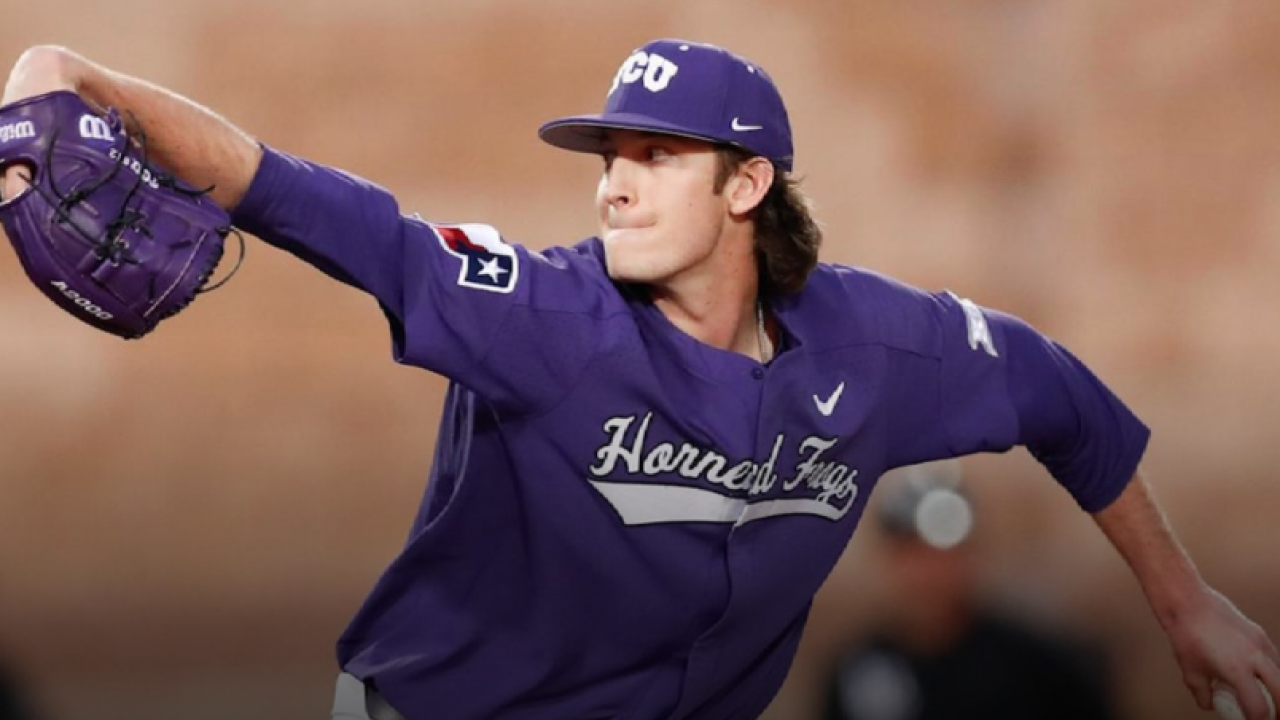 The Reds picked TCU pitcher Nick Lodolo with the No. 7 pick in the draft Monday night 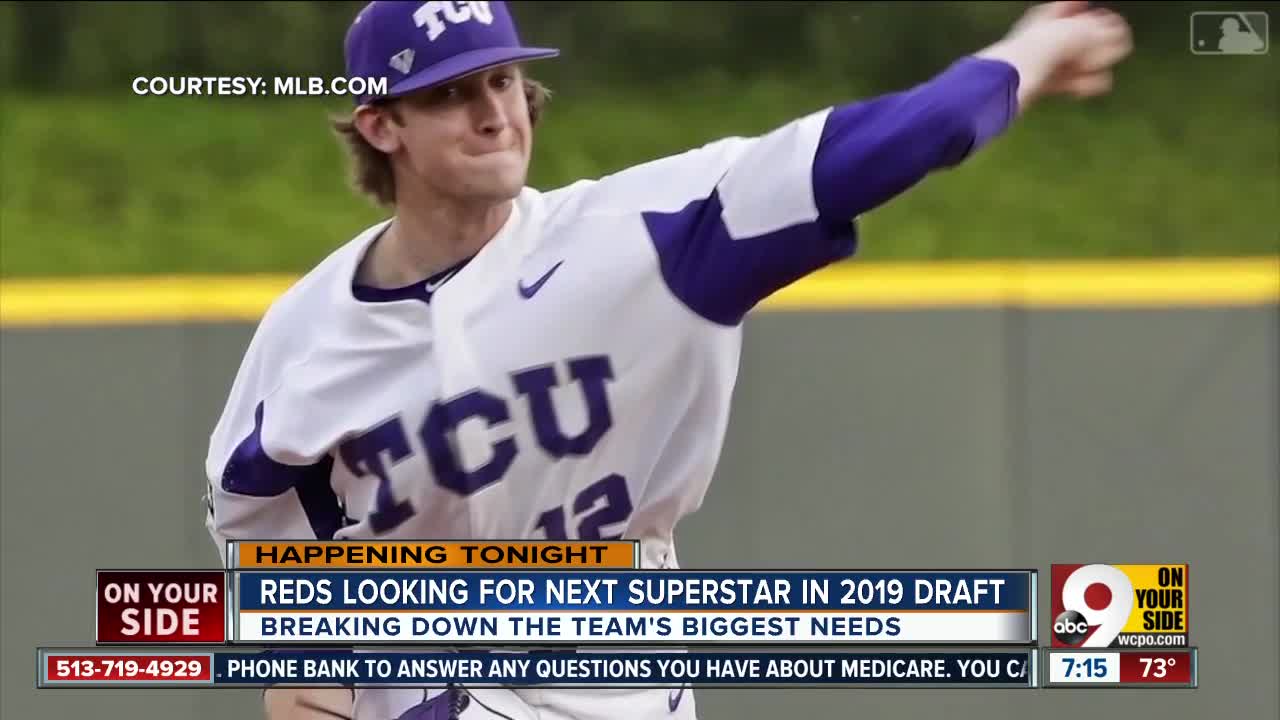 CINCINNATI — Nick Lodolo was on the Reds’ radar in 2016 when he was a coveted pitching prospect out of high school, but the consensus among most clubs was that Lodolo was going to opt for college, which he did.

On Monday, when he finally came up for the draft after three years spent refining his skills at Texas Christian University, the Reds came back around.

“We knew who he was back then,” said Reds president of baseball operations Dick Williams. “He had enough conviction to bet on himself and go to college for three years. When you’re six (foot) six, you have to figure out how all those moving parts go together. He improved year after year.”

Lodolo, who was the 49th overall pick by the Pirates in 2016 as a supplemental first-round choice but did not sign, was selected by the Reds with the seventh-overall pick in the Major League Baseball Draft on Monday night.

He will begin his professional career as more a polished pitcher than he was when MLB first spotted him.

“Coming out of high schooI, your stuff is good enough just to win games,” Lodolo said in a conference call with reporters on Monday. “You don’t have to learn how to pitch or slow the game down, anything like that. I came in here (to TCU) an absolute string-bean. I gained 30 pounds just being here. Getting that strength helped me develop as a pitcher.”

Lodolo, who now is listed at 205 pounds, watched the MLB Draft on television in the TCU Courtside Club with family, friends and his Horned Frog teammates by his side.

“I’m absolutely ecstatic for the opportunity,” he said. “I want to get going and get up there as fast as I can to help out.”

Lodolo has a four-pitch mix, and Reds scouts project him to remain a starter. His fastball has been clocked up to 97 miles per hour. In his most recent season with TCU, he went 6-6 with a 2.36 ERA and 131 strikeouts in 103 innings.

“He’s durable, big, strong, with some room to fill out,” Williams said. “He knows how to pitch. Knows how to get himself through games when he doesn’t have his best stuff. Our guys were impressed by the ability he showed to navigate his way through games. We think he’s a really intelligent pitcher.”

There was no immediate decision on where Lodolo would begin his professional career, but it’s likely he’ll start at Single-A Dayton or Single-A Daytona.

“He’s an advanced college pitcher,” Williams said. “I would expect him to skip some of the rookie levels and move pretty quick.”

Although the Reds declared their rebuilding process over prior to this season, there’s still regular building to be done. Although they still are reaping the benefits of high draft picks after four straight 90-plus loss seasons, there is still talent to be had.

While the Reds typically target the best available player, Lodolo was the player they were targeting on Monday. MLB Pipeline analyst Jonathan Mayo described Lodolo as "the best in a relatively weak pitching crop." In fact, no pitchers were taken with the first six picks on Monday for the first time ever.

“I think in any class I could be a top pitcher,” said Lodolo, who grew up 20 miles from the Rose Bowl in Laverne, CA. “I believe in myself. I believe in my stuff.”

MLB scouting reports say Lodolo "usually works at 90-94 mph and peaks at 96 with sink on his fastball, using his 6-foot-6 frame to deliver it on a downhill plane." He was the losing pitcher in TCU's 3-1 setback to Arkansas in the NCAA Tournament over the weekend, allowing one unearned run and four hits through five innings with six strikeouts.

According to Williams, TCU head coach Jim Schlossnagle had high praise for Lodolo.

“He has had a lot of pitchers come through that program,” Williams said. “He said Nick’s got more upside than any of them.”

The Reds also had the 49th selection in the second round on Monday night and picked a high school shortstop, Rece Hinds, from IMG Academy in Florida.

The Reds’ most recent top draft choices have produced a mixed bag of results.

Right-hander Hunter Greene, the No. 2 overall pick in 2017, is considered a signature piece of the Reds’ rebuilding efforts, but he had Tommy John surgery in April and hasn’t advanced past Single-A Dayton.

Last year’s top draft choice (fifth overall) Jonathan India out of the University of Florida is batting .259 this season with seven homers and 21 RBIs in 51 games at Advanced-A Daytona.

The draft lasts for three days.