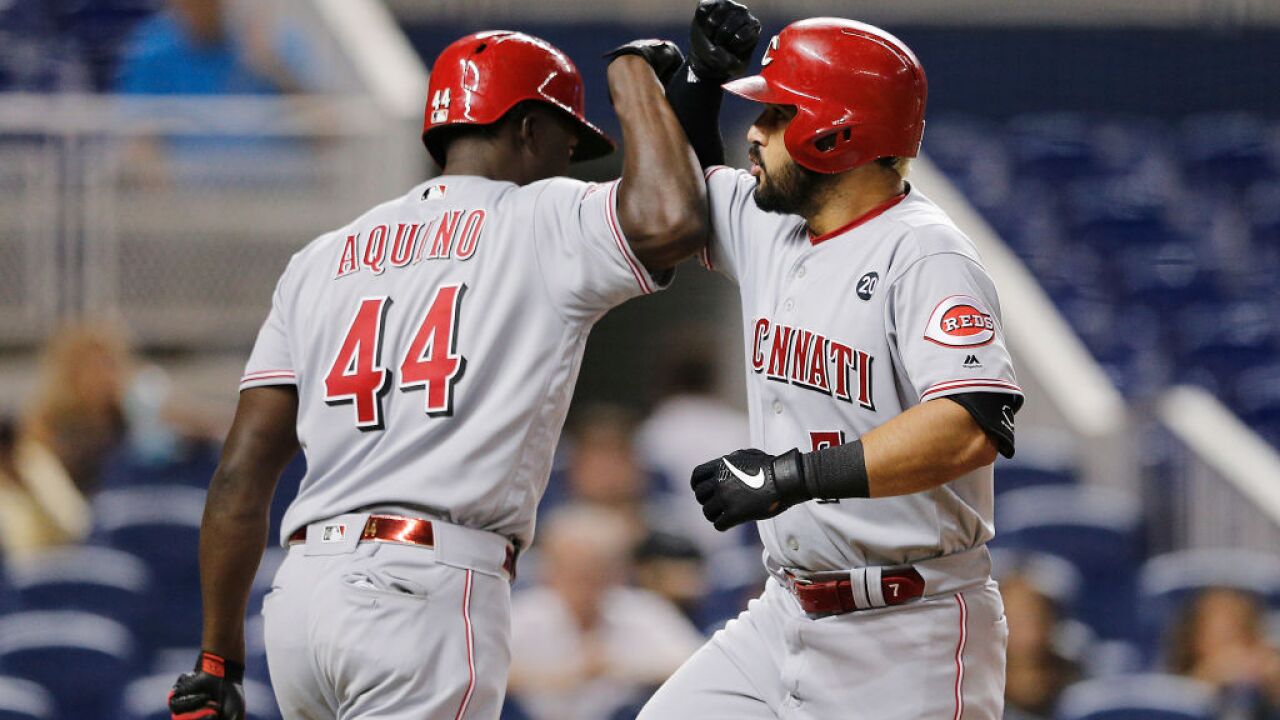 MIAMI (AP) — The Reds' Aristides Aquino has broken the National League rookie record for homers in a month with his 14th in August.

Aquino hit a two-run homer in the first inning Thursday night against the Marlins' Robert Dugger. Aquino broke the rookie mark of 13 in a month set by the Dodgers' Cody Bellinger in June 2017.

The major league rookie record is 18 by the Tigers' Rudy York in August 1937. Sammy Sosa holds the record for homers in a month by any major leaguer with 20 in June 1998.

Promoted from the minors Aug. 1, Aquino was already the first major leaguer in the modern era to reach 13 homers in his first 100 career plate appearances.