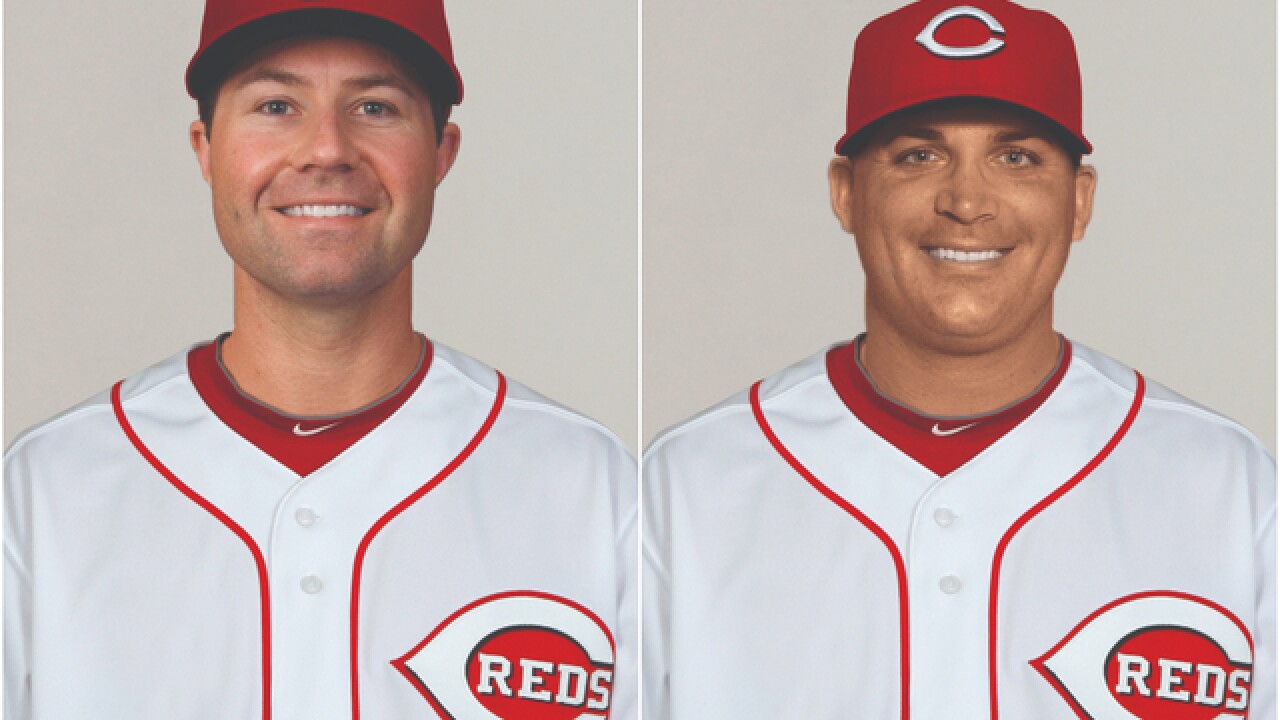 Copyright 2018 Scripps Media, Inc. All rights reserved. This material may not be published, broadcast, rewritten, or redistributed.
<p>J.R. House and Donnie Ecker</p>

House spent the past seven seasons filling various roles for the Arizona Diamondbacks' player development department. He also spent parts of five seasons playing in the majors for Pittsburgh, Houston and Baltimore after the Pirates selected him in the June 1999 free agent draft.

Ecker was Los Angeles Angels' AAA affiliate hitting coach last season. Before that, he was a hitting coach in the St. Louis Cardinals' player development department.

The Reds have been bringing on new coaches since they announced Cincinnati native David Bell as the team's new manager last month. They have picked up pitching coach Derek Johnson from the Milwaukee Brewers and hitting coach Turner Ward from the Dodgers.