Reds 3B Suarez leaves 2nd game against Cardinals after HBP 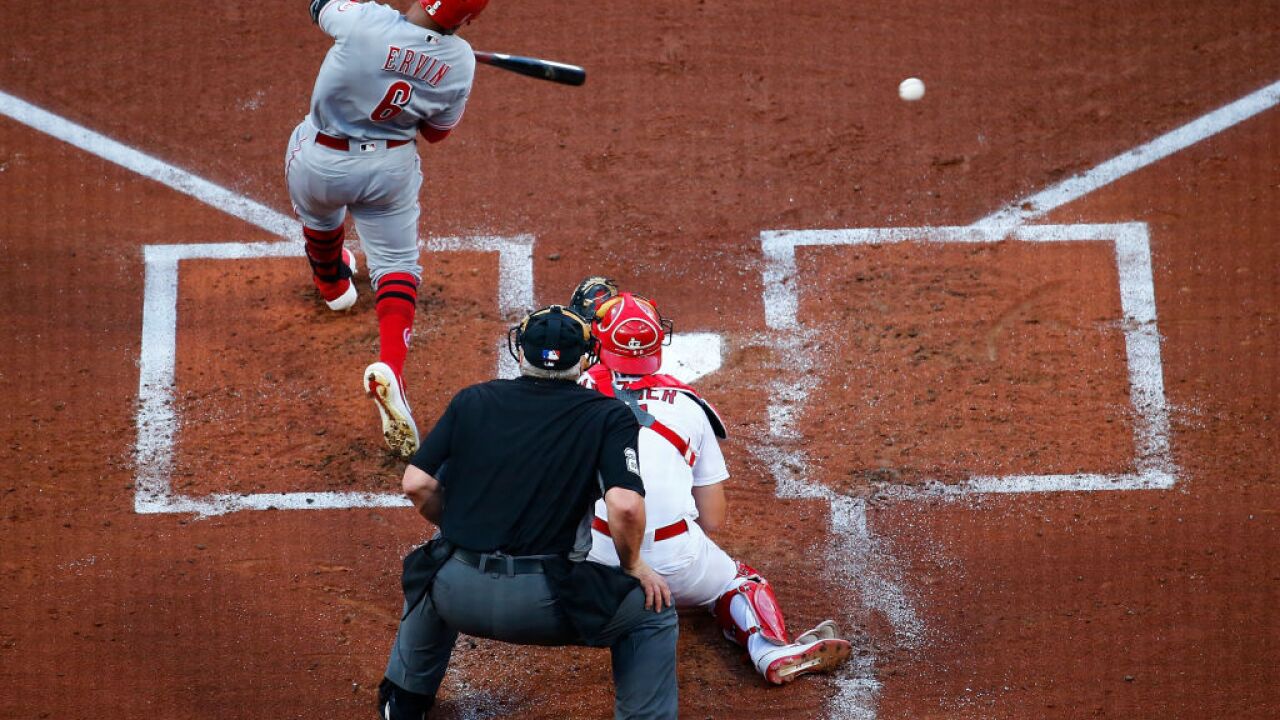 ST. LOUIS (AP) — Cincinnati Reds third baseman Eugenio Suarez left the second game of a doubleheader against the St. Louis Cardinals after being hit by a pitch Sunday night.

Daniel Ponce de Leon plunked Suarez on the left hand with his first pitch of the at-bat in the fifth inning. Suarez spent only a few moments with the Reds trainers on the field before going back into the dugout, throwing his helmet to the ground in apparent frustration.

He hit his 40th home run in the first game of the doubleheader in a 4-3 loss. He was 0-2 in the nightcap before leaving the game.