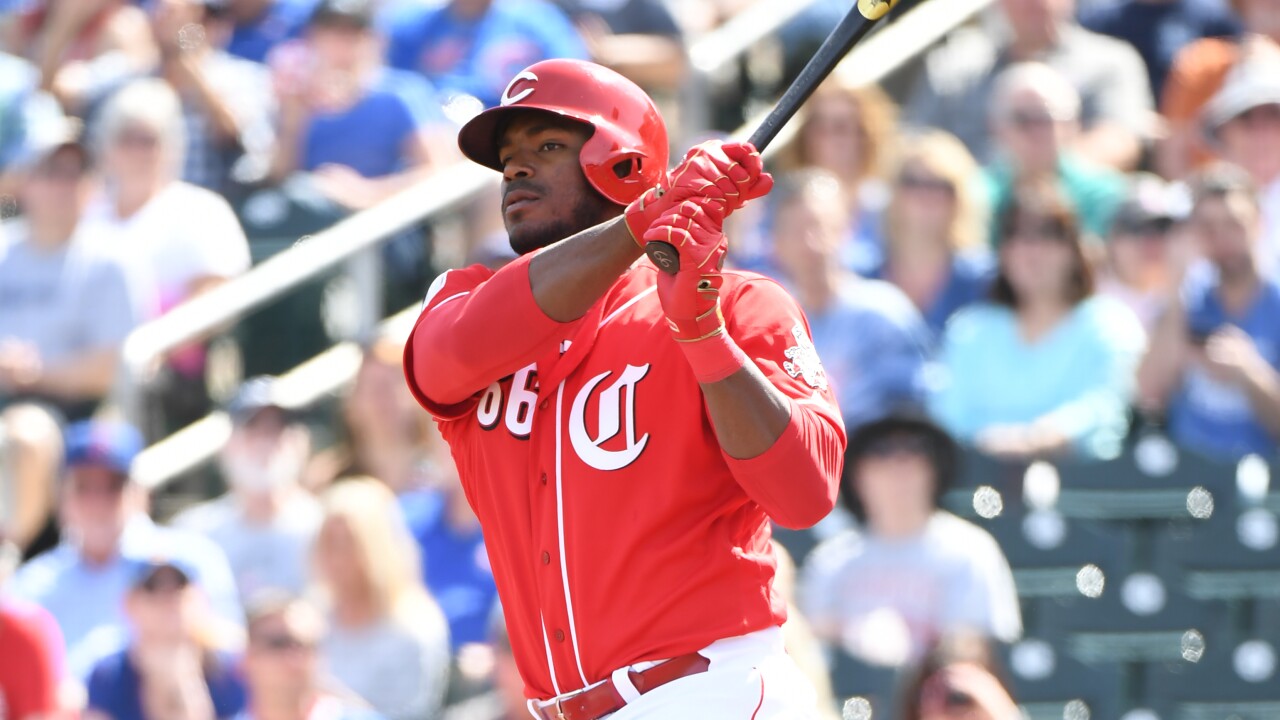 Norm Hall/Getty Images
GOODYEAR, ARIZONA - MARCH 04: Yasiel Puig #66 of the Cincinnati Reds follows through on a swing during the first inning of a spring training game against the Chicago Cubs at Goodyear Ballpark on March 04, 2019 in Goodyear, Arizona. (Photo by Norm Hall/Getty Images)

CINCINNATI (AP) — During Yasiel Puig's six seasons in LA, the Dodgers won at least 91 games and made the playoffs each year, reaching the World Series twice. The outfielder knows nothing but winning at the major league level.

An offseason trade transplanted Puig to the other side of the country and the standings. He's now playing for a Reds team that's lost at least 94 games for four straight years and has taken up full-time residency in the NL Central basement.

The weather is very different in Cincinnati. So is what passes for chili. The baseball? Puig will soon find out if that's palatable, too.

"I've been with the Dodgers for six years, and six straight years we've been in the playoffs," Puig said during a visit on a subzero winter day to look for a house. "I hope this is not a year we're going to be out in October, you know? I come here to bring this team to the playoffs again."

He's got some reinforcements joining him. The question is whether they'll be enough to make much of a difference.

The Reds are trying to morph from down-and-out rebuilder to overnight contender. They made three offseason deals, including one that brought Puig, Matt Kemp and left-hander Alex Wood from the Dodgers. They overhauled their rotation and their outfield in an attempt to become relevant again.

It's an unusual strategy for a rebuilding team. Four of the players they acquired are eligible for free agency after next season, along with second baseman Scooter Gennett, their best hitter the last two years, so there's no telling what comes next.

For now at least, the Reds are worth watching again.

"We're going to do something better," Puig promised.

Some things to watch as the Reds celebrate the 150-year anniversary of fielding the first professional baseball team and open the season at home against the Pirates:

FAMILIAR NAME AND NUMBER: First-year manager David Bell gives the Reds a little nostalgia in the dugout. Bell's grandfather, Gus, and father, Buddy, played for the Reds. He's wearing their No. 25. Bell significantly changed the players' routines in spring training, and he explored using reliever Michael Lorenzen in center field, another indication he's open to new things. He'll get a lot of the focus in his first season managing in the majors.

NEW FACES: The starting rotation has been the biggest problem the last few years, and it has a whole different look with the addition of Wood from the Dodgers, Sonny Gray from the Yankees and Tanner Roark from the Nationals. Often-injured Anthony DeSclafani and Luis Castillo are the holdovers. If the rotation can be merely above-average, the bullpen and the offense are good enough to get the Reds back to respectability in a tough division.

VOTTO: Former NL Most Valuable Player Joey Votto is coming off one of his worst seasons with only 12 homers, 67 RBIs and a .284 average. The Reds' highest-paid player — he's owed $25 million annually through 2023 — turns 36 in September. He said last season was "a bit of a shock," and he worked on his swing in the offseason. A return to his norm would help the Reds' offense significantly.

ROOKIE TO WATCH: Infielder Nick Senzel was taken second overall in the June 2018 amateur draft, Cincinnati's highest pick since 1983. The Reds are trying to turn him into a center fielder who could fill Billy Hamilton's role. How quickly he settles in at his new spot will be one of their more interesting subplots.

JULY: Gennett was interested in getting an extension over the offseason, but the Reds were taking more of a wait-and-see approach to how things turn out. Most of the players they acquired in offseason trades also are eligible for free agency after the season, which leaves the Reds in an interesting spot. What will they do when the trading deadline approaches in July? How much will their position in the standings dictate their financial decisions? It'll be a very interesting month in Cincinnati.