Team needs to find consistency in second half 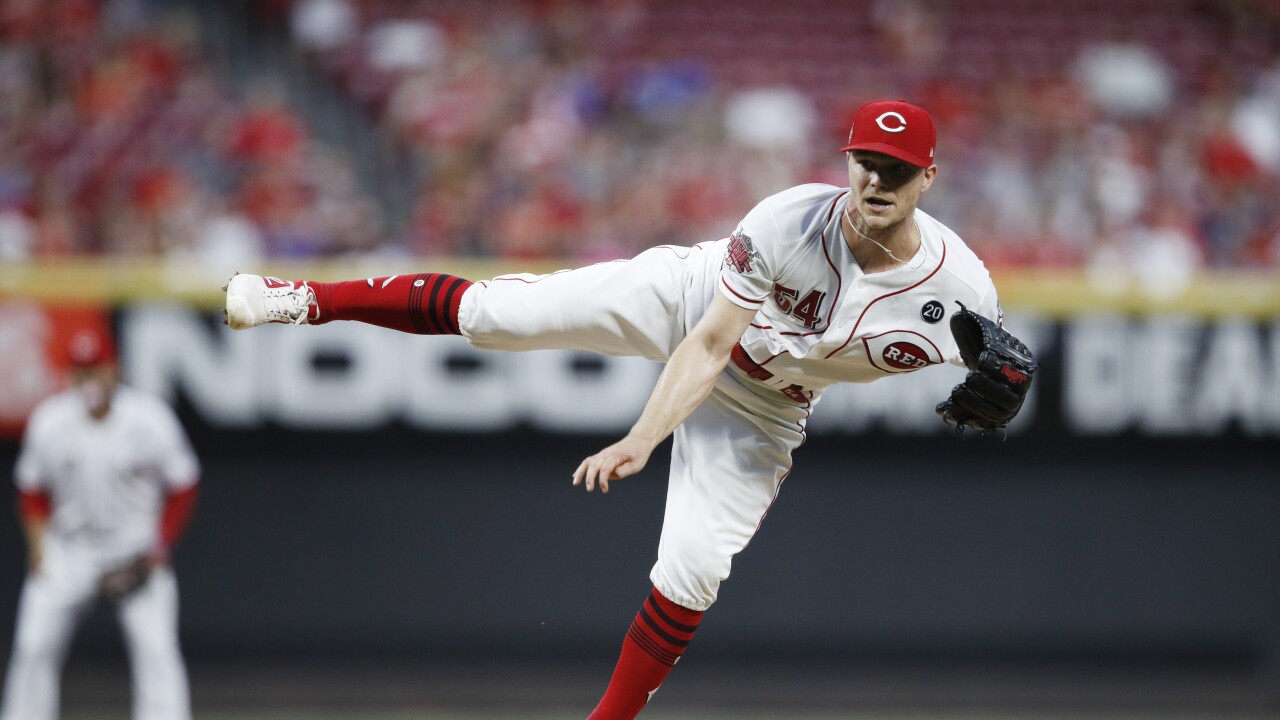 Joe Robbins | Getty Images
Sonny Gray of the Cincinnati Reds pitches in the seventh inning against the Milwaukee Brewers at Great American Ball Park on July 3, 2019 in Cincinnati, Ohio. The Reds won 3-0.

CINCINNATI — The Reds had two players on the National League roster at Tuesday’s All-Star Game in Cleveland. The fact that both of them were pitchers says a lot about how things went for the team during the proverbial first half of the season.

All-Stars Sonny Gray, one of the signature acquisitions during the offseason, and Luis Castillo, a key part of the club’s rebuilding efforts, led a pitching staff that was among the best in baseball through 87 games.

The Reds’ team ERA of 3.77 ranks second in the NL and third in the majors. Six major-league staffs currently have ERAs under 4.00 and the Reds are one of them.

Castillo’s almost limitless potential was on display in the first half with an 8-3 record and stellar 2.29 ERA, good for second-best in the NL.

Only two starting staffs in the NL have ERAs better than the Reds’ mark of 3.60 -- the Los Angeles Dodgers and Washington Nationals. And left-hander Alex Wood, another heralded offseason addition who is rehabbing a lower back issue, hasn’t even pitched for the Reds yet. He is expected to return this month.

Shortly after David Bell was hired as manager, he made two key hires: hitting coach Turner Ward and pitching coach Derek Johnson. If you talk to Reds pitchers, Johnson is the man solely responsible for turning the pitching staff around.

“Making the transition to Cincinnati has been an amazing experience,” Gray said. “Credit to DJ. He taught me how to pitch twice (in my career). He’s really good at the mental preparation and putting together a (pitching) package for you. He instills confidence in guys. He works hard at it, too. He’s hands down the best pitching coach there is.”

The Reds’ win-loss totals would be a lot better had it not been for the club’s poor first half at the plate. Gray posted a 3.59 ERA in the first half but was 5-5. Tyler Mahle had a serviceable 4.47 ERA but with nine defeats. Tanner Roark’s 3.51 ERA is better than Gray’s, but he is 5-6.

That brings us to the cusp of the issue. Pitching is the reason the Reds are only 4.5 games out of first place. Hitting is why they are in last place.

Talk about flipping the script. The Reds’ objective last winter was to strengthen their pitching staff. Mission accomplished. But few could have predicted how much this club would struggle offensively, especially after the offseason acquisition of Yasiel Puig and the arrival of Nick Senzel.

Scooter Gennett’s injury didn’t help, but the Reds will begin the second half of the season with a .235 batting average. Only the San Francisco Giants’ is worse. The Reds rank at or near the bottom of the NL in runs, hits, RBI and slugging. Oakland’s Mike Fiers no-hit them on May 7.

We’ve been saying all year that the track records of the players involved offers hope that the Reds will eventually turn things around offensively. But while they have shown signs of breaking out in recent weeks, 87 games is a sizable sample.

There are reasons for optimism, however.

Joey Votto, who is notorious for slow starts at the plate, was batting .206 on May 12. But in his last 34 appearances heading into the All-Star break, he hit .354 with an on-base percentage of .428. Since May 10, Yasiel Puig leads the team with 15 homers and 34 RBIs. Gennett could be back following the break after left groin tightness interrupted his return from a spring-training groin injury.

So, the Reds are in kind of a weird spot. Although they are within striking distance of first place in the Central and firmly in the Wild Card race at the break, they are still five games under .500, and as long as they have a losing record, playoff chances are unrealistic.

The Reds have some decisions to make at the July trade deadline. They are not quite wholesale buyers with deep coffers, nor are they sellers willing to dispose of quality prospects so soon after enjoying the spoils of picking seventh, fifth and second in the past four drafts.

The most obvious trade options at the major-league level are Puig and Roark, who are free agents after this season. Gennett could be dealt, as could Jose Peraza and possibly closer Raisel Iglesias, who has seven losses. Shortstop Jose Iglesias, who was an unheralded offseason signing by the Reds, was the surprise of the first half. He also could be trade bait. His 78 hits rank third on the team.

For now, Reds players not named Castillo or Gray have headed home to get some downtime, which comes at the right time after being outscored 18-3 in a two-game series sweep by the Cleveland Indians over the weekend.

The key in the second half for the Reds will be to find the consistency necessary to finally eclipse the .500 mark. Only then can postseason aspirations put four straight 90-plus-loss seasons in the rearview mirror.

“Guys will be anxious to get back to playing,” Bell said. “One thing that has allowed us to be in the position we're in is we bounce back. We've talked about it as a team. The team that succeeds in this division is the team that bounces back and just stays relentless. We’ve been able to give ourselves a chance in the second half.”