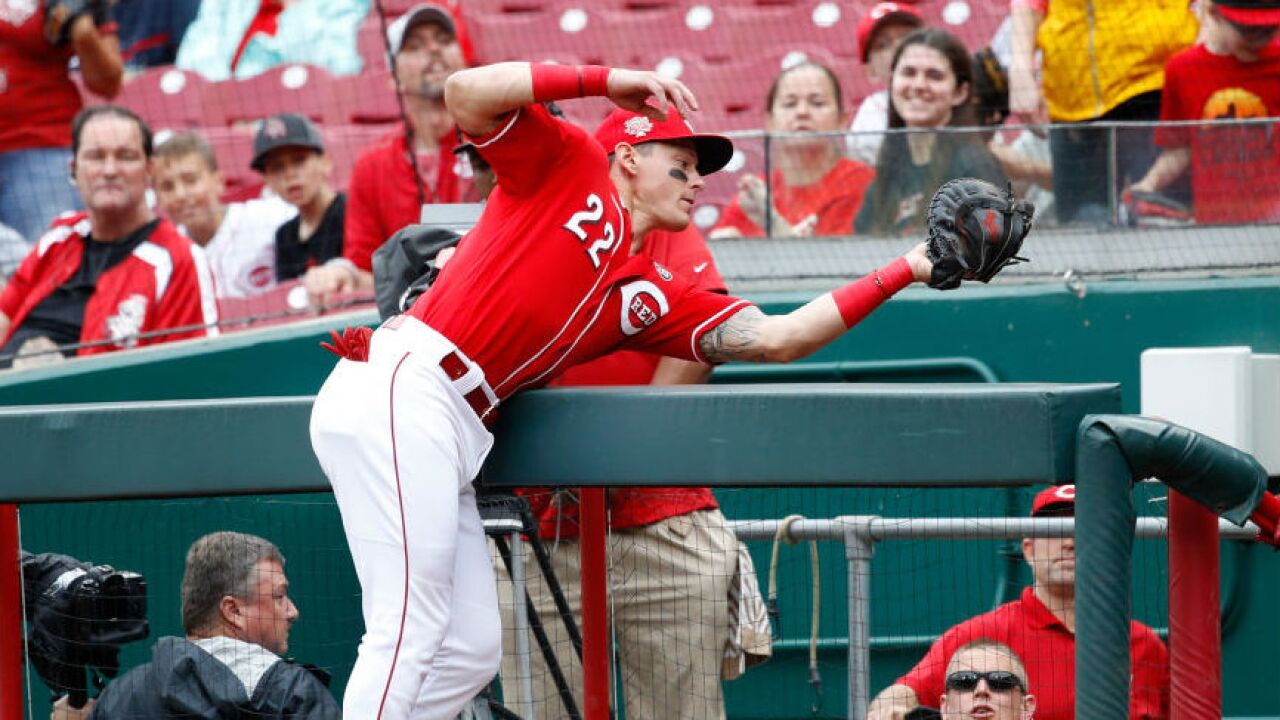 CINCINNATI — Anthony DeSclafani had everything going his way for five innings against the Pirates Wednesday afternoon.

But Colin Moran’s three-run homer in the sixth inning broke up a scoreless tie, and Josh Bell added a three-run shot in the seventh off reliever Michael Lorenzen to turn a pitching duel into a one-sided slugfest and beat the Reds 7-2.

Nick Senzel hit his fourth homer in the ninth, but the Reds managed only seven hits less than 24 hours after clubbing 12 in an 11-6 win. Senzel went 2-for-5 and extended his on-base streak to 18 games.

The Pirates answered with 15 hits and earned a 2-2 split in the series.

DeScalfani (2-3) had a four-hit shutout going until Brian Reynolds and Bell singled and Moran came up with two outs and hit his fifth homer of the year. DeSclafani went 5 2/3 innings, gave up eight hits and struck out three.

In the seventh, Lorenzen gave up a double to Cole Tucker, an RBI single to Brian Reynolds and a single to Sterling Marte before Bell launched his 18th homer.

The Reds didn’t score until the eighth. Eugenio Suarez was hit by a pitch, Yasiel Puig walked and Derek Dietrich, who hit three homers Tuesday night, singled in Suarez.

Holmes got Suarez on the back of the left hand with a fastball. Suarez walked toward the mound and exchanged words with Holmes, but players stayed in the dugouts. Suarez left the game for X-rays that were negative. Bell continued arguing.

"Clearly, we're not going to be protected by the umpires," said Bell, who's been ejected four times this season. "Clearly, they think it's OK to let them throw at our hitters. The league seems to think it's OK."

"I just wanted to let them know I don't like that up-and-in," Suarez said. "Last year they hurt my thumb. I wanted to know why he hit me. They said it wasn't intentional."

The Pirates are 7-3 against the Reds this season, including 3-3 at Great American Ball Park.

The start of the game was delayed 2 hours, 13 minutes because of rain. The delay didn't bother the Pirates, who matched their season high with 15 hits.

Brault retired the side in order to open the game, the first time a Pirates had a clean first inning since May 19.

Pirates: Starting pitcher Trevor Williams has resumed throwing off a mound. He's been sidelined since May 17 with a strained right side. Taillon hasn't resumed throwing. He's been on the injured list since May 4 with a strained elbow. ... Infielder Jung Ho Kang will play third base, shortstop and DH during his rehab assignment as he recovers from a strained left side. ... Catcher Francisco Cervelli will be examined Thursday as he recovers from a concussion.

Reds: Joey Votto missed a third straight game with tightness in his right hamstring. He was available to pinch hit.