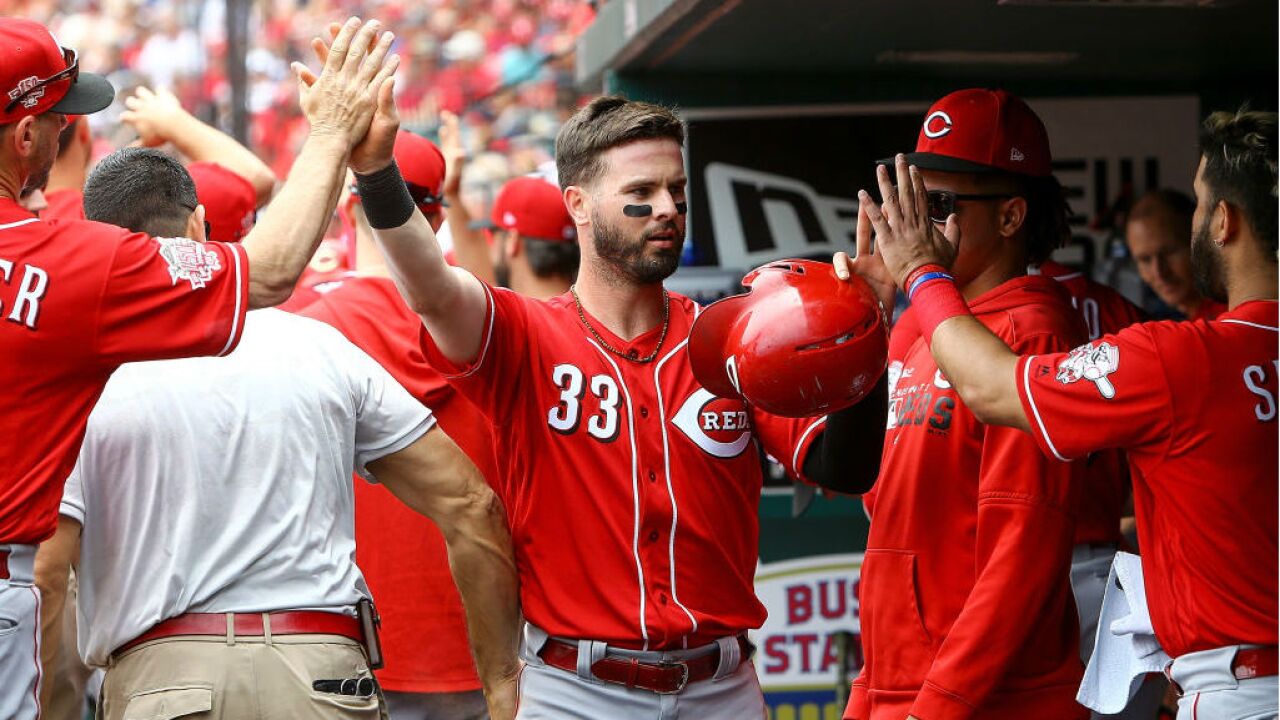 ST. LOUIS — Paul DeJong’s two-run homer broke a 1-1 tie and gave the Cardinals a 3-1 win over the Reds Thursday afternoon.

Michael Lorenzen (0-1) came on to pitch the seventh and gave up a single to Yairo Munoz and DeJong’s ninth homer of the season.

"It was a big day for him against a really good team,” Reds manager David Bell said of DeSclafani. “I feel like the adjustments he’s making are showing up on the mound. You hold this team to one run over five innings, that’s a good day.”

Hudson went 6 1/3 innings but reliever John Gant (5-0) got the win with 1 1/3 perfect innings. The Reds didn't get a baserunner in the final 2 2/3 innings against the St. Louis bullpen.

The Cardinals scored first off DeSclafani in the third inning. Harrison Bader singled, Hudson bunted him over and Bader took third when the Reds left the base uncovered. Matt Carpenter scored him with a single.

The Reds tied it in the fourth after loading the bases. Jesse Winker singled, Yasiel Puig doubled him to third, Jose Iglesias drew an intentional walk and Tucker Barnhart hit a sacrifice fly.

The Reds threatened in the seventh. Josh VanMeter doubled with one out and Nick Senzel walked. But Andrew Miller relieved Hudson and struck out Joey Votto, then Gant got Eugenio Suarez to pop out to short.

The Cardinals had four stolen bases by Matt Carpenter, Kolten Wong, Marcel Ozuna and Dexter Fowler. Three came off DeSclafani. St. Louis is tied with Milwaukee for the NL lead with 37.

Reds: RHP Tyler Mahle (2-5, 4.26) is to start the opener of a three-game series at Philadelphia on Friday night. Mahle allowed three runs in one inning in his lone previous start against the Phillies, last July 26.

Cardinals: RHP Miles Mikolas (4-5, 4.11) starts at the Chicago Cubs in the beginning of a season-high 10-game trip.