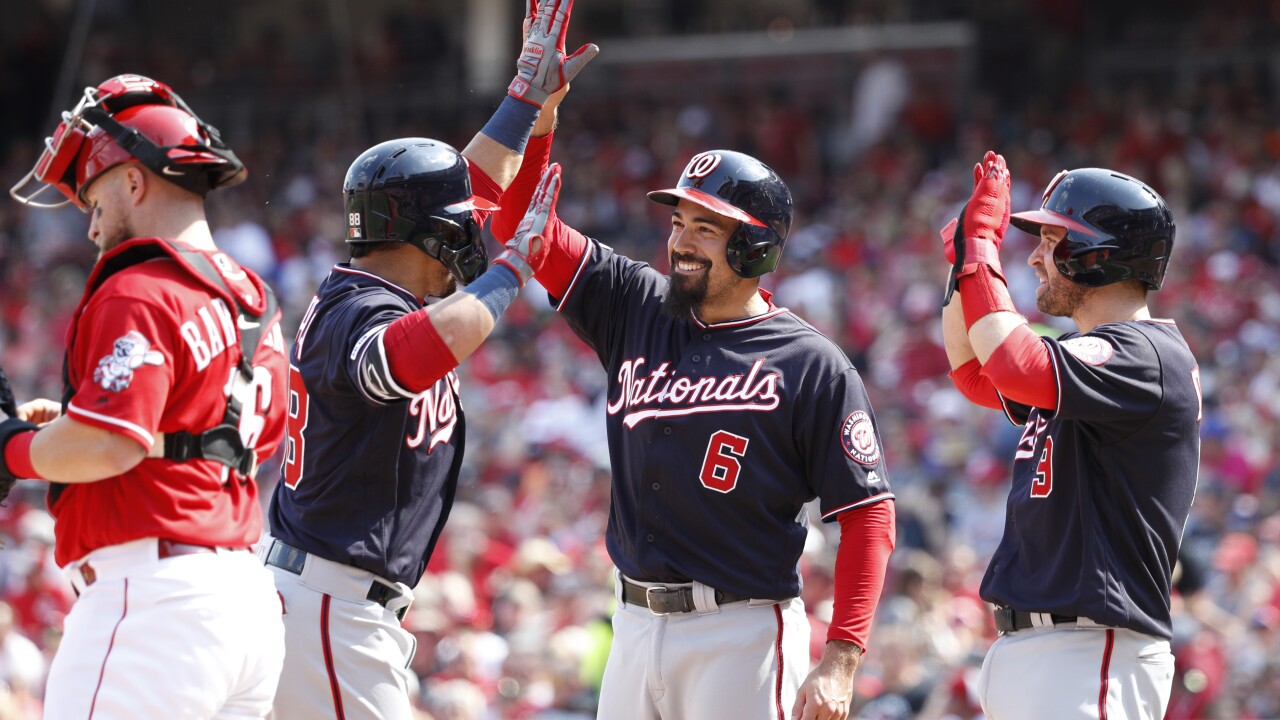 CINCINNATI (AP) — Gerardo Parra hit a three-run homer that ended Tanner Roark's streak of keeping the ball in the park and Matt Adams added a solo shot Saturday, leading the Washington Nationals to a 5-2 victory over the Cincinnati Reds in a stadium where they've dominated.

Washington has won nine of its last 10 at Great American Ball Park. Overall, the Nationals are 17-5 against the Reds since 2016.

The Nationals faced Roark (4-4) for the first time since trading him to the Reds in the offseason. Parra's homer in the second inning ended Roark's string of 35 1/3 innings without allowing a homer, the second longest of his career.

Adams also connected in the fourth inning, leaving him 6 for 12 career against Roark with three homers. Brian Dozier homered in the ninth.

Roark drove in a run with a squeeze bunt and connected for his first career homer off Eric Fedde, who escaped a pair of bases-loaded threats in his four-plus innings. The Nationals turned double plays in the first, third and fifth innings to blunt rallies.

Roark won 64 games for the Nationals from 2013-18 and was traded to Cincinnati in December for Tanner Rainey, the first Tanner-for-Tanner trade in major league history.

Rainey (1-1) got into the game in the fifth inning and fanned three of the five batters he faced for his first major league win. Sean Doolittle retired the side in order in the ninth for this 11th save in 13 chances.

Roark led the NL with 15 losses last season but has been part of the Reds' successful overhaul of their rotation. He gave up six hits and fanned six in six innings. He hadn't allowed a pair of homers in his last 13 starts.