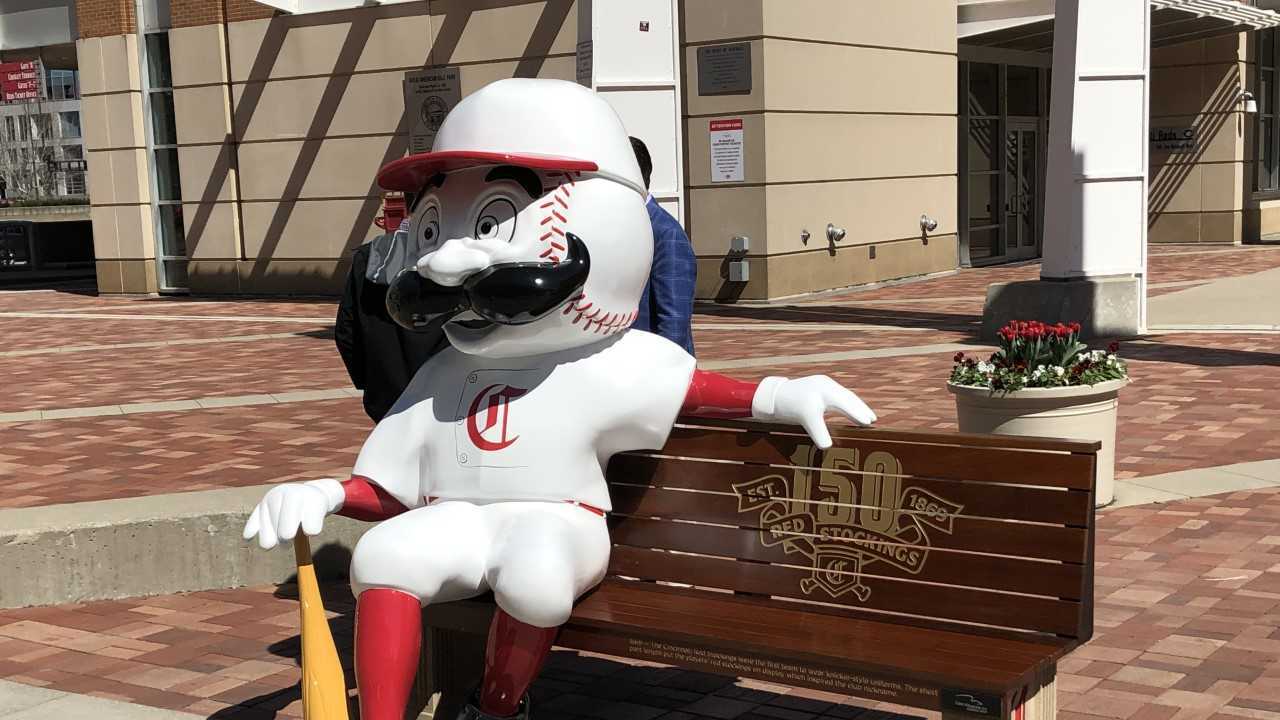 Copyright 2019 Scripps Media, Inc. All rights reserved. This material may not be published, broadcast, rewritten, or redistributed.
Terry Helmer | WCPO
Reds benches are part of the 150th anniversary of professional baseball.

CINCINNATI — Cincinnati residents have recently seen some vacant Mr. Redlegs benches around the region and were concerned he struck out.

According to Reds public relations manager Michael Anderson, two of the Mr. Redlegs statues are in the shop on injured reserve for the next three to four weeks. Once they recover though, they should be back on the roster riding the pine pony.

There are 24 Mr. Redlegs benches scattered around the region, including one in Dayton and one in Louisville, to mark the 150th anniversary of the original 1869 Cincinnati Red Stockings, baseball’s first professional team.