Moe the Sloth's adoption story is a Christmas miracle 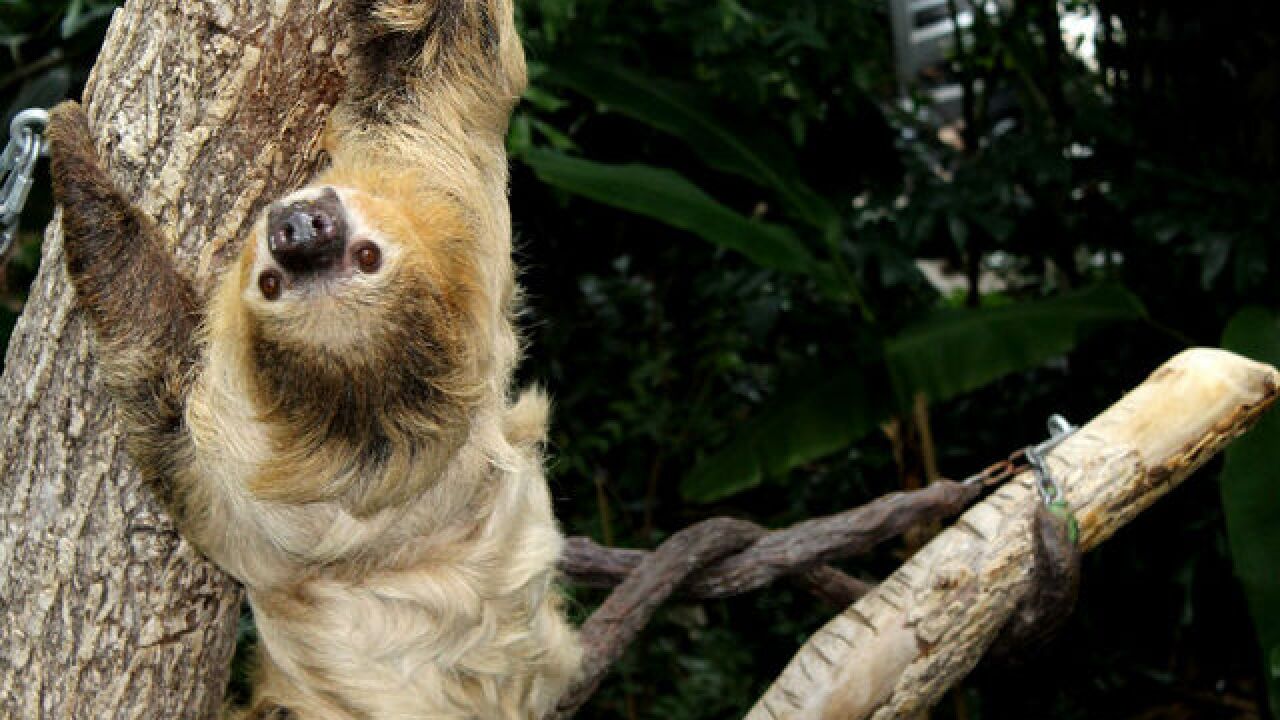 Christine Charlson | WCPO contributor
<p>Ready for a weird story? Meet Moe the sloth at the Cincinnati Zoo. This story is so crazy you just have to read it.</p><p><a href="http://www.wcpo.com/news/insider/on-international-sloth-day-the-cincinnati-zoo-recounts-the-confusing-tale-of-moe">Read about Moe's confusing story.</a></p>

CINCINNATI — Sloths are great; they are great swimmers, they have whole ecosystems in their fur and they spend most of their lives in the trees. Now we can say they bring people, er teams, together too.

First, the Atlanta Braves received Moe and welcomed him with open arms.

But then, the Milwaukee Brewers wanted a furry companion and swapped for parental rights.

Sorry @Braves. We’re gonna take this one from y’all. It’s been awhile since we got to adopt an animal. Thanks, @Reds! pic.twitter.com/DwZyRZn0O0

However, Moe stole the hearts of the Philadelphia Phillies, who announced him as their new office mascot.

With the second and final steal (sorry @Brewers), we have officially LOCKED IN the new #AtPhillies OFFICE MASCOT!!!

As the gift exchange was winding down, some holiday cheer shown through, and Atlanta and Philadelphia settled their differences and decided a sloth with two parents was better than a sloth with one parent.

There's no word yet on how Moe will split his time between Atlanta and Philadelphia.

And if you were planning on seeing Moe anytime soon, the zoo closes at 5 p.m. on Christmas Eve. They are closed all day on Christmas, but they reopen Thursday at 10 a.m.