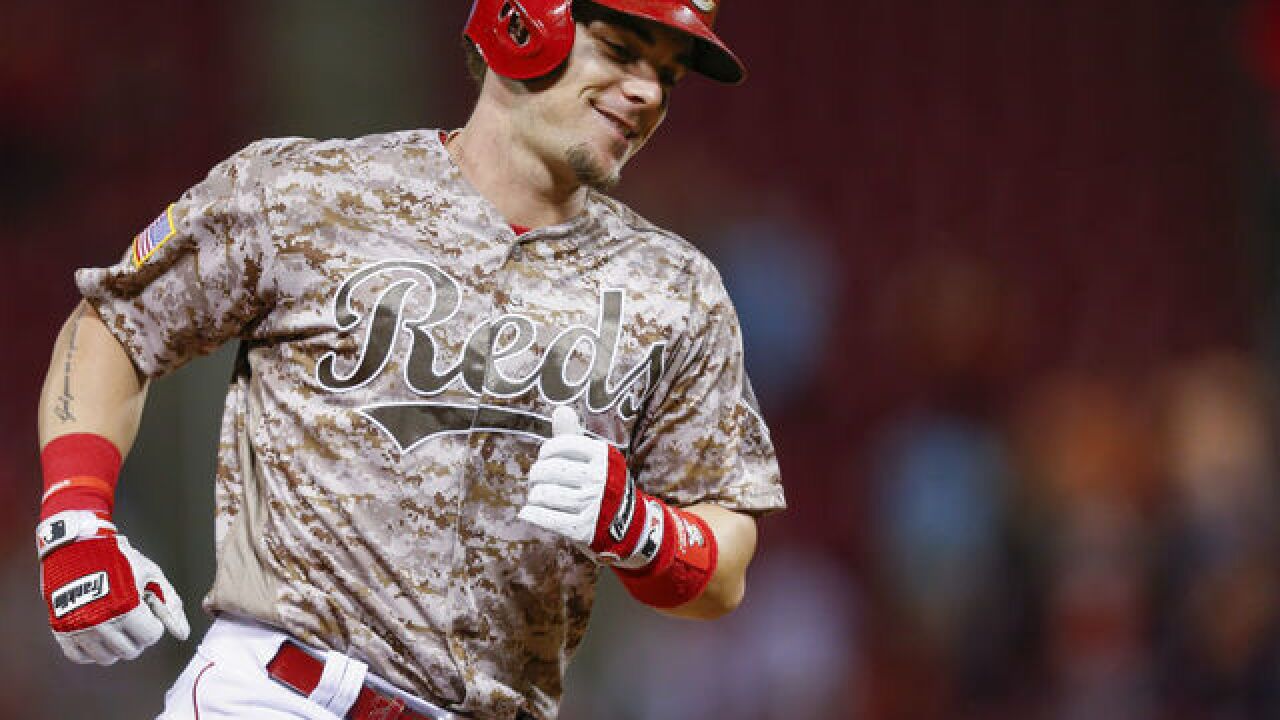 CINCINNATI — Record-setting second baseman Scooter Gennett followed (now-former) teammates Yasiel Puig and Tanner Roark out of Cincinnati Wednesday, the Reds confirmed in an afternoon news release. Gennett was traded to the San Francisco Giants in exchange for cash and a to-be-named player from that team.

Gennett, a Cincinnati native and fan favorite, was a winner for the Reds when they acquired him in March 2017. Just three months later, he became the first player in the team's history (and one of 17 in the history of MLB) to hit four home runs in a single game.

2019 hasn't treated him as well. By the time he was traded, bouts with illness and injury had kept him out of all but 20 games in the season.