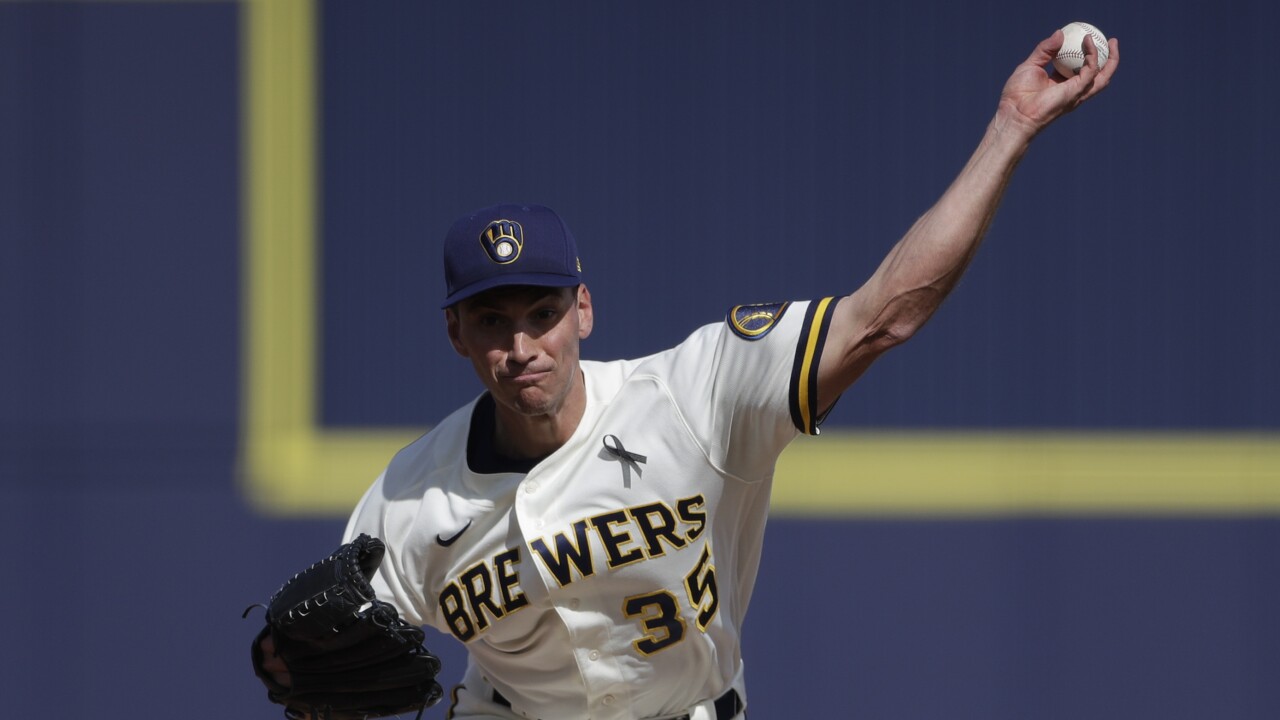 Gregory Bull/AP
Milwaukee Brewers relief pitcher Brent Suter says this week is a significant moment in the country and the sports world as players in various leagues continue the dialogue about social injustice.

MILWAUKEE, Wis. — Milwaukee Brewers relief pitcher Brent Suter believes this week is a pivotal time across sports and the country.

That is why the Mount Lookout resident and 2008 Moeller High School graduate said the decision for the Brewers not to play the visiting Reds Wednesday night was unanimous.

"I think this is a huge moment for sports and our country," Suter told WCPO late Wednesday night. "And I hope it's a turning point in helping right lots of wrongs."

The Brewers decided not to play the Reds at Miller Park in response to the recent shooting of Jacob Blake by a police officer in Kenosha, Wisconsin. The Reds agreed with the decision not to play.

The Brewers and Reds will play a doubleheader starting at 5:10 p.m. ET today.

"I just want to emphasize how much our hearts are with our community that's in serious pain right now," Suter told WCPO. "And it was very unanimous that we didn't play tonight and shine a spotlight on things much more important than baseball."

MLB.com reported the Brewers decided in a team meeting about an hour after the NBA's Milwaukee Bucks refused to take the floor against the Orlando Magic Wednesday afternoon in their playoff series in Florida.

"The conversations definitely intensified after the Bucks' decision and I'm grateful for their courage in leading the way," Suter told WCPO.

In addition to the NBA, two other MLB games were postponed along with individual players on other teams who chose not to play Wednesday.

"Given the pain in the communities of Wisconsin and beyond following the shooting of Jacob Blake, we respect the decision of a number of players not to play tonight," Major League Baseball said in a statement Wednesday. "Major League Baseball remains united for change in our society and we will be allies in the fight to end racism and injustice."

Suter, a Harvard University graduate whom the Brewers selected in the 31st round (965th pick overall) in the 2012 MLB draft, reflected further on Wednesday in comments posted by the Brewers' social media account.

He wore a "Black Lives Matter" T-shirt during a media session Wednesday night at Miller Park.

"I know where I grew up it was predominantly white," Suter said. "I didn't think about race all that much. I didn't think about systemic oppression, but as I went to college and after college my eyes were starting to slowly be opened. I did some research on some groups that have really been targeted in the country's history. Then sure enough these last four months – just like everybody else – my eyes have been wide opened to just how we need to be treating each other. We need to treat each other better."

Milwaukee manager Craig Counsell said the MLB players were "courageous" for their decision to sit out Wednesday night.

"I'm proud of them for that," Counsell said. "They had a very good conversation about it, an important conversation, a meaningful one and they chose to act."