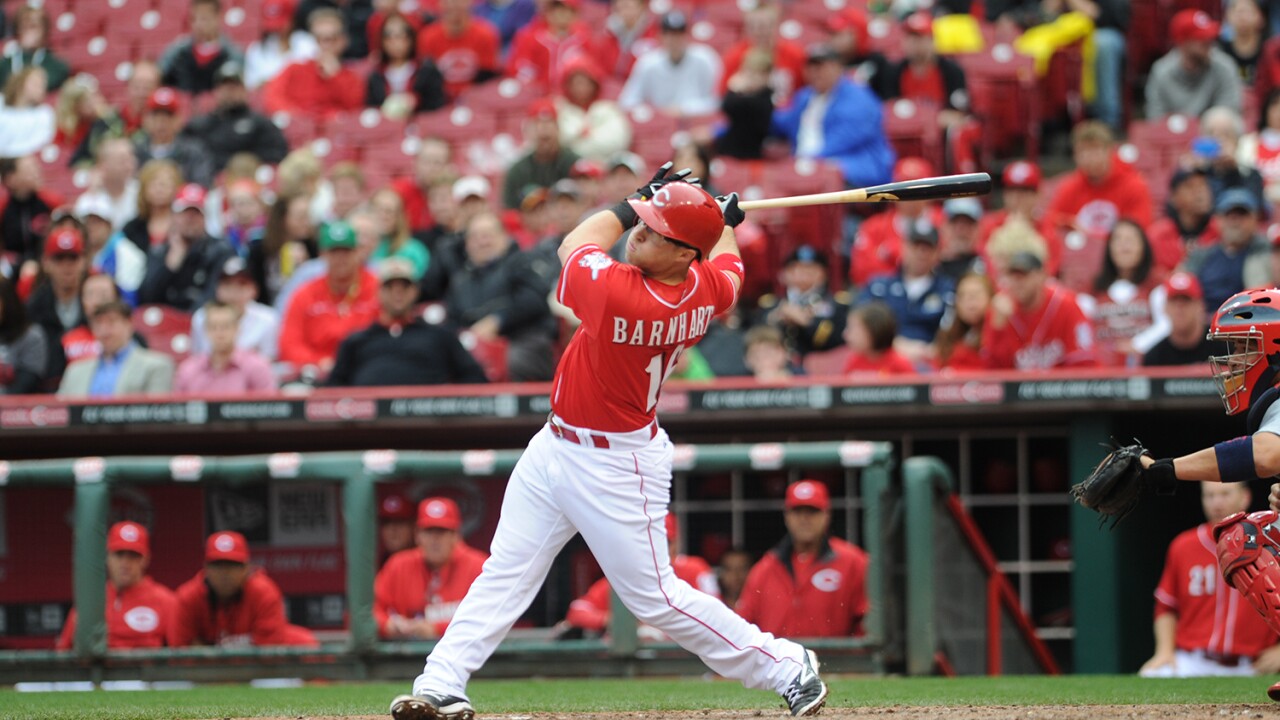 CINCINNATI — For some, it can take nearly a decade.

For every Mike Leake who didn’t throw a pitch in the minor leagues before making his major league debut, there are hundreds of professional players who will toil in the farm system for several years before being promoted. And there are many more who will never know what it’s like to don a big-league uniform.

“Guys have to pay their dues,” said Reds reliever Jared Hughes, who made 167 appearances in the minors before getting his call. “They work their tail off for five or six years to get their chance. That special moment, getting that call-up to the major leagues, it’s all that hard work paying off. But it’s not that way for a lot of guys.”

Most players spend an average of five years in the minors. At the extreme are guys like Seattle Mariners’ utility man Ryan Court, who made his MLB debut in late July at age 31 after a decade spent playing professionally, including time in the independent leagues.

Hughes remembers almost calling it quits in 2011 while pitching for Double-A Altoona in the Pittsburgh Pirates’ system. A fourth-round pick by Pittsburgh out of college in 2006, Hughes had started to ponder his future after a few lackluster seasons. But after going 3-1 with a 2.11 ERA in 35 appearances at Triple-A Indianapolis, he got the call.

“I sprinted in like I always did,” Hughes said of his debut. “First-pitch ground ball right back to me, I under-handed it to the first baseman, I went back and sat in the dugout and thought to myself, ‘I just threw one pitch in the majors, this is crazy!’ One pitch, after five and a half years of praying.”

Unless you are a first-round pick, the odds are mostly against those prayers being answered.

According to a study by Baseball America prior to this year’s draft, only 17.6% of players drafted from 1981 to 2010 reached the major leagues. While more than 73% of first-round picks played in the majors during that period, a little more than half of the second-round picks made their debuts and around only 40% of third-rounders did.

The odds drop off a cliff from there.

“It’s different than most sports,” said Reds manager David Bell, who had more than 2,000 minor-league plate appearances before his debut in 1995. “The numbers are against you. It takes an incredible amount of perseverance. There are things about the minor leagues that challenge you in a way that if you’re not determined and have a certain amount of toughness, you’ll quit. That’s unique to baseball.”

Even highly regarded prospects like Reds center fielder Nick Senzel and pitcher Hunter Greene often have to overcome multiple obstacles to reach the majors. Greene underwent Tommy John surgery this spring. Senzel’s progress was stalled by bouts of vertigo and a fractured index finger before he debuted in May after barely three years in the minors.

“It feels like such a long journey with the injuries and everything,” Senzel said. “It (his debut) was such an emotional moment for me and my family. A dream became a reality. Just knowing I’m here and a Red has made it all worth it.”

For some players, circumstances can lead to an unexpected opportunity, as was the case for Reds catcher Tucker Barnhart; he made the club out of spring training in 2014 when Devin Mesoraco was injured. Ironically, another injury to Mesoraco two years later opened the door to a starting role for Barnhart, and he never looked back.

“I didn’t get a hit in my debut against the Cardinals, but Lance Lynn, who I went to high school with, was the pitcher,” Barnhart recalled. “After the fact, he said, ‘What were you doing? I was throwing fastballs down the middle so you’d get a hit off me.’ Wish I would have known.”

There have been some noteworthy major-league debuts in recent Reds history: Johnny Cueto’s seven-inning, 10-strikeout masterpiece in 2008; Jay Bruce’s three-hit day also in 2008; Homer Bailey’s debut in 2007; Leake's and Aroldis Chapman’s debuts in 2010. Joey Votto debuted with much less fanfare in 2007, then two seasons later he won National League MVP.

“At some point in the process, you have a chance to think back and reflect on what it took to get to that point,” Bell said. “It’s really a lifetime. I tell our guys to think about all the people that helped them along the way -- you have a tendency to forget that. It’s emotional for that reason. In some ways you feel like you made it, then you realize you have a long way to go. Now, how do I stay here?”

Countless professional baseball players hope to have that concern at some point in their careers.

“I hit every level in the minor leagues,” Barnhart said. “You form some of your best relationships in the lower minor leagues. I still talk to the guys I played rookie ball with. There is something inside of all of us, the competitive nature, the determination. You have to go through the struggles and really appreciate what you’re doing.”