Many questions face Reds as spring training gets underway in Arizona 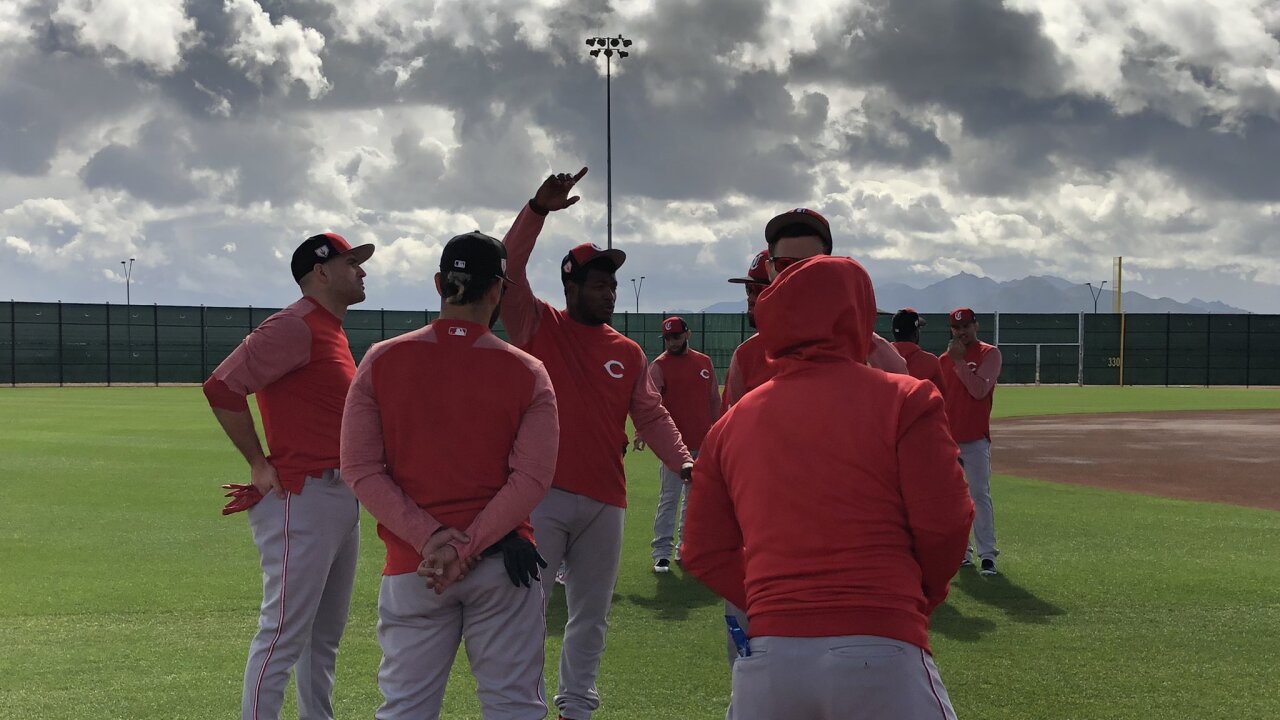 GOODYEAR, Ariz. — Monday was the first day the whole Reds squad and new manager David Bell were together for spring training.

Bell said the team has a lot of ground to cover in order for him to get a look and feel for the players he'll put on the field in late March.

He held a meeting with the players to introduce himself and his staff, as well as his way of doing things as the Reds' skipper.

Bell said he wants to create an environment where people are comfortable being who they are.

"Everyone's here for a reason, and they know what it takes," Bell said. "But it is new and there's a lot of new faces, so we just took time to explain how we're trying to create an environment where the players can be comfortable, to challenge each other, to be as good as we can and do it together as a team."

There's a lot of work being done as the Reds try to claw their way back to respectability. Looking around Reds camp, there were a lot of questions:

Will pitchers Sonny Gray, Tanner Roark and left-hander Alex Wood give the starting rotation some maturity and stability?

Can Yasiel Puig be an every day player? They didn't think so in LA.

Does Matt Kemp have anything left in the tank, and will he still bere here by Opening Day?

How about Joey Votto, last season wasn't his best, which way is he trending? Are his best days behind him?

Scooter Gennett has had two amazingly productive seasons. Can he deliver a third?

Eugenio Suarez became an All-Star in 2018. Was that a one-year flash?

Shortstop Jose Peraza made major strides. Will that continue, and can he hit leadoff?

If he can't, is Jesse Winker a possibility? Is he ready to hit at the big league level with some pop?

Finally, there's one serious question to this camp: who can play centerfield. Billy Hamilton is gone. Nick Senzel says he can. He's been working with Eric Davis. We'll follow his progress in the days ahead.