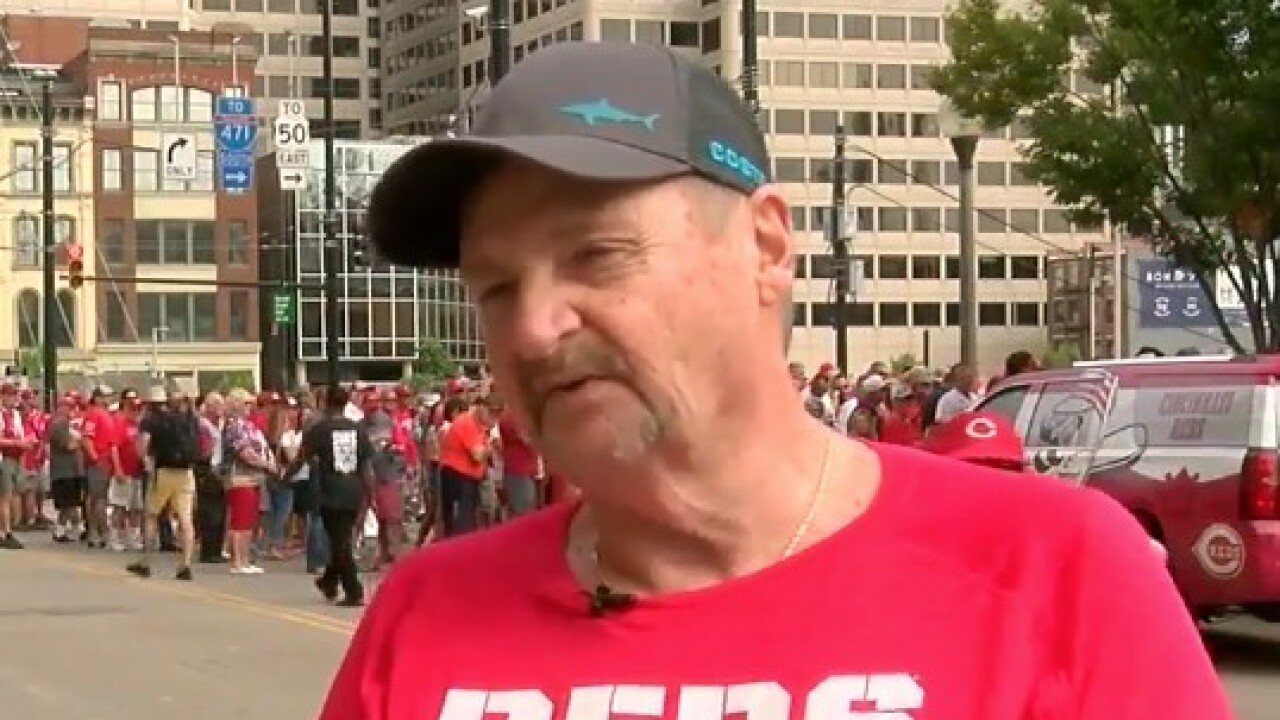 Copyright 2019 Scripps Media, Inc. All rights reserved. This material may not be published, broadcast, rewritten, or redistributed.
WCPO
Al Taylor saw Marty Brennaman&#39;s first Reds game on April 3, 1974 and his last one on Sept. 26, 2019. 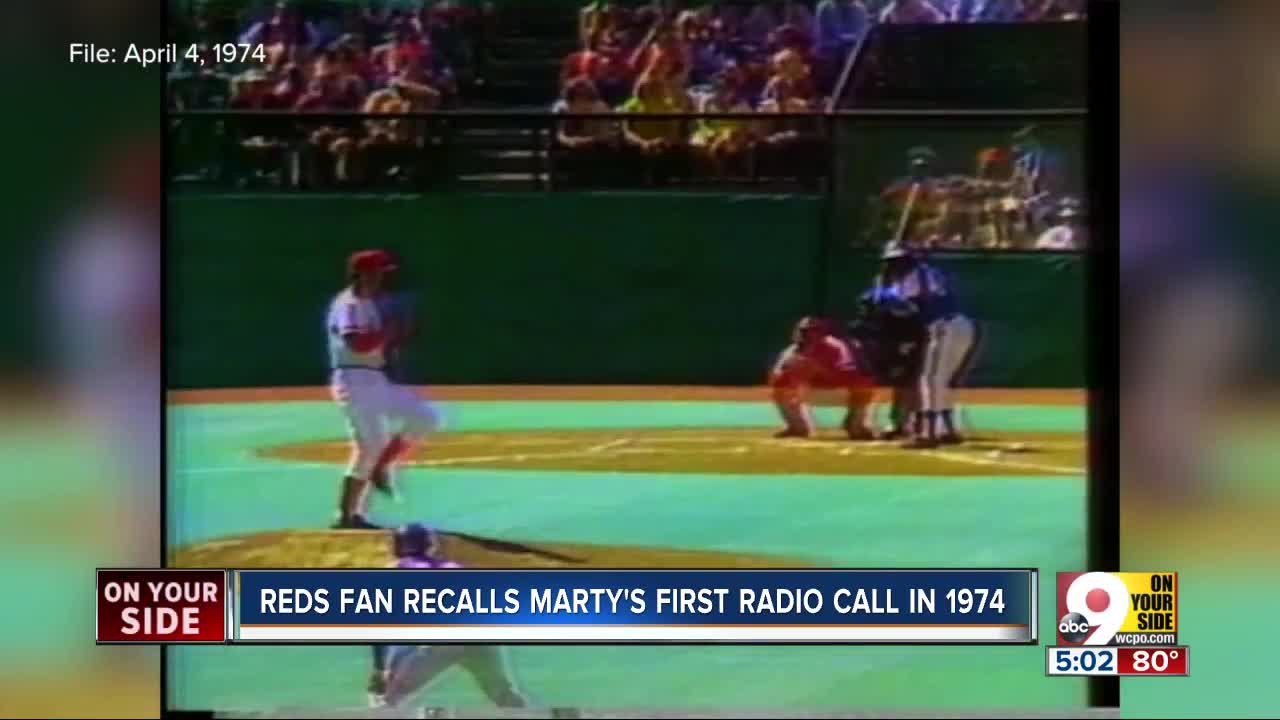 CINCINNATI — Al Taylor was back at the Reds game Thursday to complete the circle.

The West Sider saw history in the making at Riverfront Stadium on April 4, 1974.

It also was Marty Brennaman’s first game calling play-by-play for the Reds.

“Everyone didn’t know a whole lot about Marty Brennaman," in 1974, Taylor said.

Brennaman, who had been broadcasting games for the AAA Tidewater Tides in Virginia, was not widely known when he came to Cincinnati to replace Al Michaels.

But everybody knew Aaron was one homer away from tying Babe Ruth’s career record.

“We had standing-room tickets. We were standing behind the left field green seats in old Riverfront Stadium,” Taylor remembers.

“You could see the ball go over the fence. Everyone stood up and everything. It was a cool moment," Taylor said. "Packed house. Jack Billingham was on the mound for the Reds. I could probably tell you the starting lineup.”

Over the last 46 years, he has witnessed other memorable moments in Reds history.

“I was there when Tom Browning pitched a perfect game. I saw Seaver’s no-hitter,” Taylor said.

All called by Marty Brennaman.

"He’d always give a good description of what’s going on on the field,” Taylor said.

“He’s always been honest on the air, outspoken when he had to be. Those type of announcers are pretty much gone anymore.