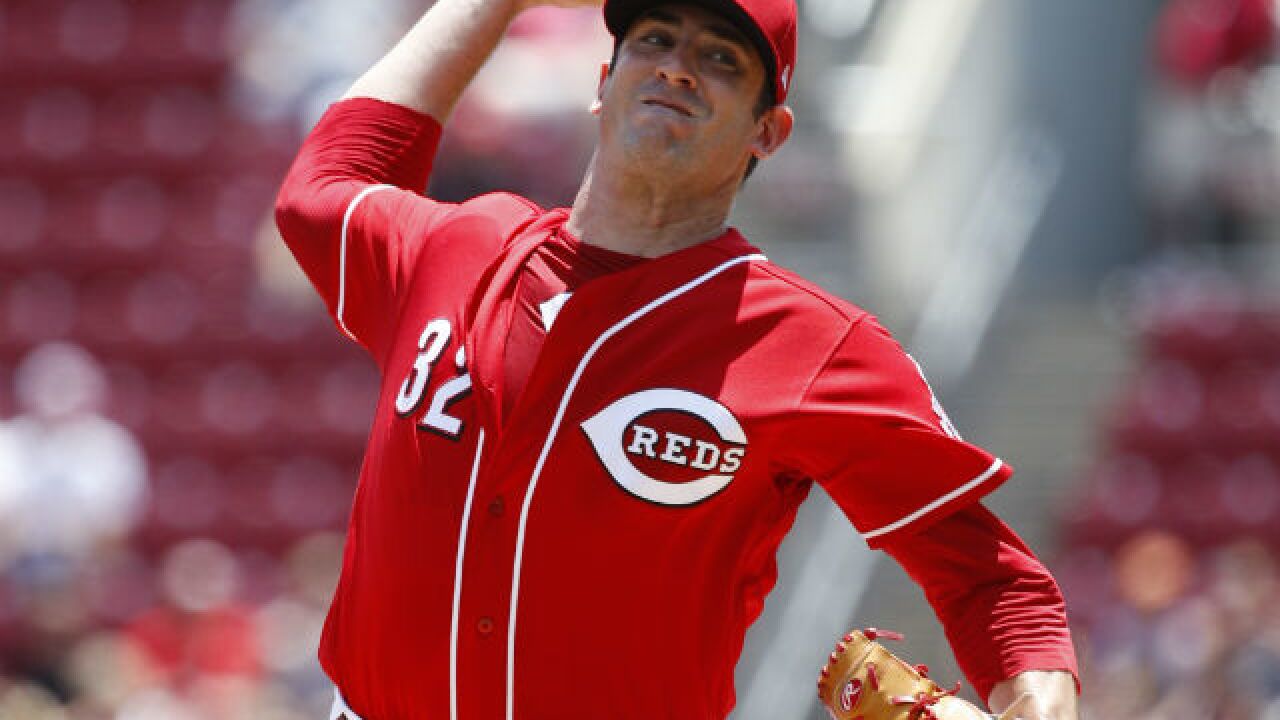 Image copyright 2018 Getty Images. All rights reserved. This material may not be published, broadcast, rewritten, or redistributed.
<p>CINCINNATI, OH - JULY 01: Matt Harvey #32 of the Cincinnati Reds pitches in the second inning against the Milwaukee Brewers at Great American Ball Park on July 1, 2018 in Cincinnati, Ohio. (Photo by Joe Robbins/Getty Images)</p> 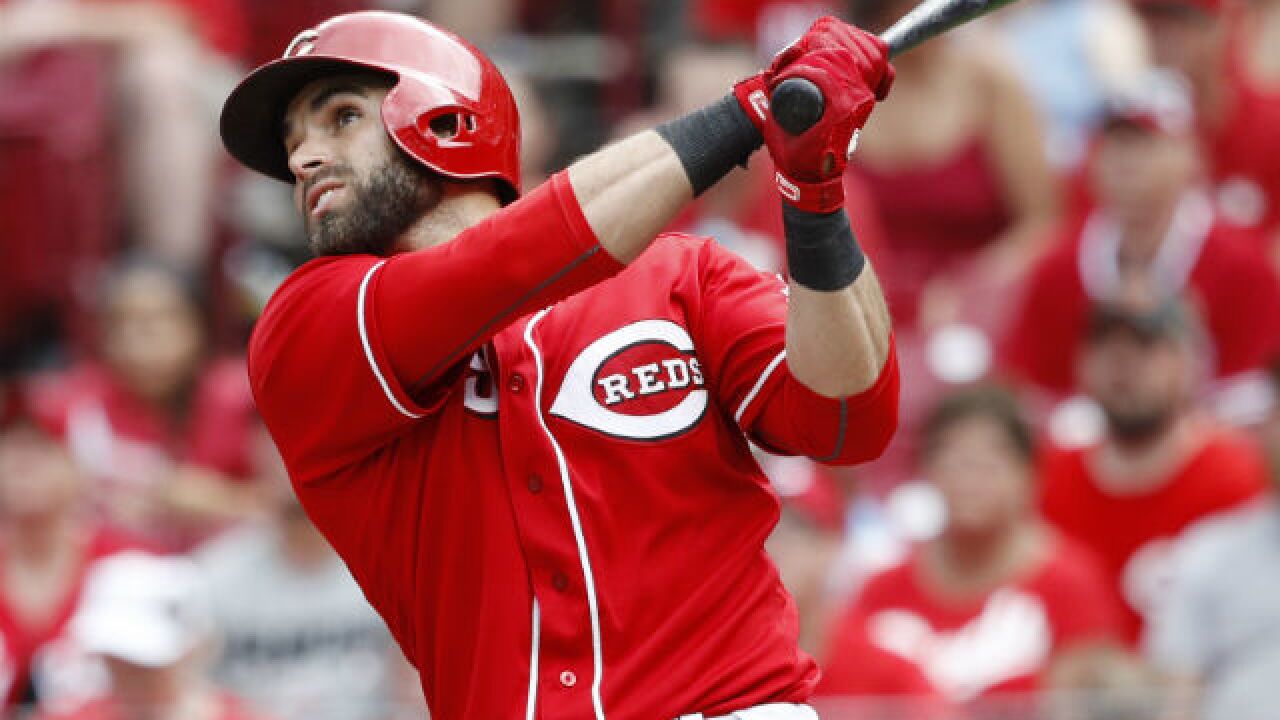 Jose Peraza kept up the parade of slams, sending Matt Harvey and the Reds over the NL Central-leading Milwaukee Brewers 8-2 Sunday.

“I just tried to hit the ball,” the shortstop said after his first career slam. “When I hit the ball in the sky, I say, ‘Wow, it’s a home run.’ Everybody is happy.”

Peraza connected in the sixth inning off reliever Aaron Wilkerson for the Reds’ major league-leading ninth slam this year, tying the single-season franchise record set in 2002.

It was Cincinnati’s second in two games and third in the last eight — pitcher Mike Lorenzen had a pinch-hit slam Saturday, and pitcher Anthony DeSclafani went deep with the bases loaded on June 24 against the Cubs.

Eight different Reds have hit grand slams. Adam Duvall is the only player with two.

The last-place Reds have won 11 of 14, and the last eight of 11 against teams that were in first place when their series started.

“We know we can play with these guys (division leaders),” manager Jim Riggleman said. “We’ve got to go through those guys and win our share.”

Harvey (4-5) shut out the Brewers on two hits for 5 2/3 innings and won his third straight start as the Reds salvaged a split of the four-game series.

If Harvey keeps this up, the Yankees and other contenders who need pitching will be knocking down the Reds' door before the July 31 non-waiver trading deadline.

Over his last three starts, Harvey is 3-0 with a 1.47 ERA against the Cubs, Braves and Brewers. He has allowed just three earned runs and 13 hits in 18 1/3 innings.

Harvey, acquired in May from the Mets, struck out six and walked none Sunday. A 54-minute rain delay prevented the right-hander from continuing.

“It was one of those when you come in and try to do as much as you can,” Harvey said. “You come in and put a heat pack on, but once it creeps up to an hour ...

"That’s the best I’ve felt in a long time. I could smell the CG (complete game) coming or at least getting deep in the game," Harvey said. "I was pretty much in control the whole time, but I’m happy about the outing and another Reds win.”

Pitching in a gametime temperature of 93 humid degrees, Harvey retired the first 12 batters before Travis Shaw outflanked a defensive shift with an opposite-field single to left leading off the fifth.

Cincinnati’s first six batters reached base against Peralta, who had allowed just a .093 opponents’ batting average (7 for 75) in his first four starts, all Milwaukee wins. He recovered from throwing 43 pitches in the first inning to retire the last 10 and 15 of his last 16 batters.

“It started out rough,” Milwaukee manager Craig Counsell said. “He righted it. It was cool to see him right it. That’s a lesson that you’ve got to get it going right away or a big league team will take advantage of it. I thought he handled it very well.”

Ryan Braun’s two-run homer in the ninth allowed the Brewers to avoid their 11th shutout loss of the season.

Votto’s two hits pushed him past Hall of Famer Frank Robinson into ninth place on the Reds’ career hits list with 1,674. Brandon Phillips is eighth with 1,774 hits.

Braun’s ninth-inning homer gave the Brewers at least one in each of their last 19 games at Great American Ball Park, the longest streak by any team, including the Reds.

Brewers: OF Christian Yelich took some swings before Sunday’s game, the third he’d missed since leaving Thursday’s game with a tight lower back.

Brewers: Twins come to Miller Park for three-game series. LHP Brent Suter (8-5) is 6-2 with a 3.50 ERA over his last eight starts.

Reds: White Sox some to GABP for three games. RHP Luis Castillo (5-8) didn’t allow a home run in his last start, but he still leads NL pitchers in homers allowed with 18.