Tyler Mahle makes only one mistake in longest career start 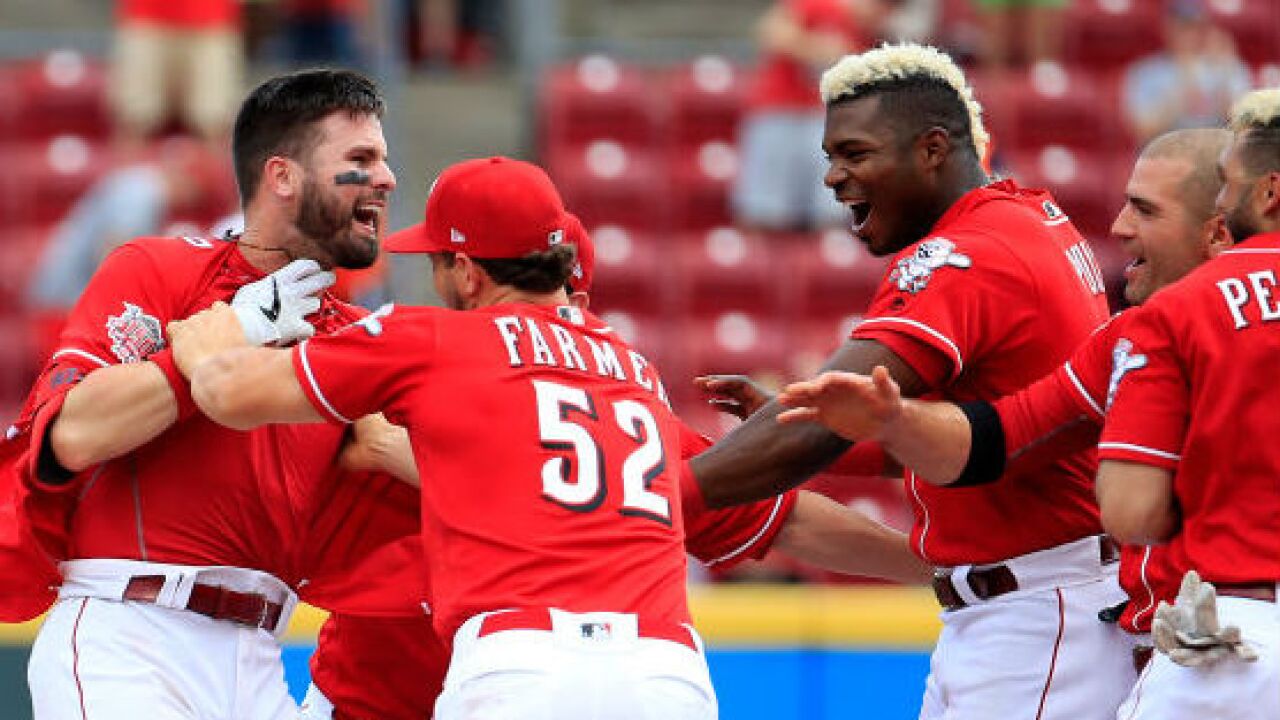 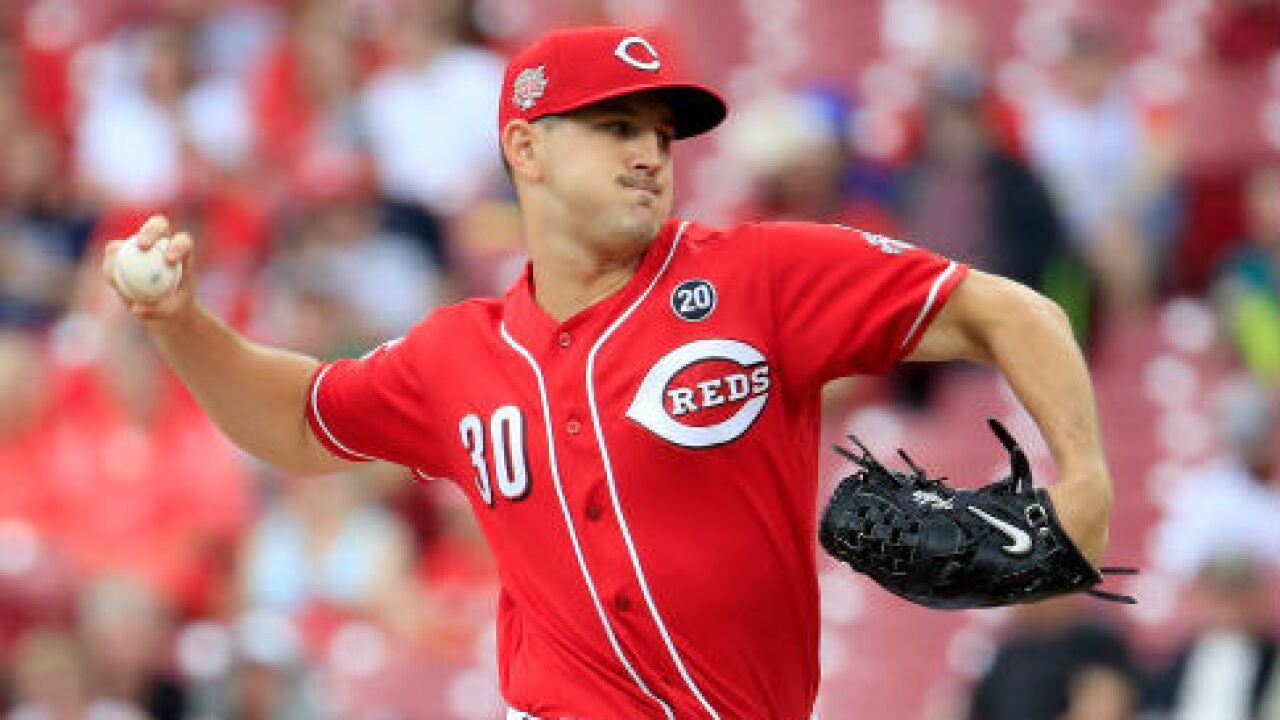 CINCINNATI — Will this be the start of something big for the Reds?

Jesse Winker capped a two-run, ninth-inning rally with an RBI single to give the Reds a three-game sweep of the Astros with a 3-2 victory Wednesday afternoon. Pulling off three straight one-run wins over the AL West leaders amounted to the Reds' best moment of the season.

''I will say it was a lot of fun,'' Winker said. ''That was our best series. We beat three really good pitchers and a really good bullpen. It was just a really good series.''

A throwing error by left fielder Michael Brantley, who had put the Astros ahead with a two-run homer in the seventh, turned him from hero to goat as the Reds notched their fourth-straight victory and sent the Astros to their first losing sweep of the year.

Reds starter Tyler Mahle pitched superbly for a career-high seven innings, but his one mistake to Brantley spoiled his potential shutout.

Jose Peraza led off the bottom of the ninth with a double, but the Reds appeared doomed after Tucker Barnhart and Joey Votto struck out.

Nick Senzel, though, came to the rescue with a two-out single to left that tied the score. Brantley's error allowed Senzel to take second.

Winker followed with a game-winning single to right off Roberto Osuna (3-1) that gave Michael Bowman (1-0) his first win.

It was the first time the Astros lost this season when leading after eight innings.

''Not being able to complete it is frustrating,'' Osuna said.

Mahle, who allowed only four hits, had cruised along with a 1-0 lead thanks to Yasiel Puig’s monstrous 429-foot homer leading off the second. Mahle gave up a first-inning single to Brantley, then retired 12 straight Astros into the fifth inning, when he walked Tyler White with two out.

Mahle finished with seven strikeouts and only one walk.

Puig crushed his 14th homer at 109.9 mph to left center off Gerrit Cole. But Puig later struck out with two runners on in the fifth.

The Reds got eight hits and three walks off Cole over six innings, but the Astros bullpen pitched two hitless, scoreless innings and
the Reds couldn’t produce another run until they put together three hits in the ninth.

The Reds now go into a make-or-break stretch of games leading up to the All-Star break. First, they go to Milwaukee for four games starting Thursday and finish the road trip with two against the Angels. Then they come home for three with the Cubs, four more with Brewers and two with the Indians.

Winker also threw Tony Kemp out at the plate as he tried to score from second on Brantley's single to left field in the eighth inning. The call was upheld after a video review.

Mahle was making his first start since complaining publicly about quick hooks from manager David Bell.

Mahle was coming off his shortest start of the season, only 4 1/3 innings of a 7-2 loss to the Rangers on Friday. Afterward, he said Bell wasn't letting him get deeper into games, saying ''it's getting pretty ridiculous at this point.'' Bell spoke with him after the comments.

Former American League MVP Jose Altuve returned to Houston's lineup after missing 35 games with a hamstring strain. He went 0 for 4 and grounded into a double play.

Cole is 1-8 against Cincinnati with the Pirates and Astros, who have lost 12 of his 13 starts against the Reds. Even when he pitches well - the major-league strikeout leader fanned eight - he can't get a win over them.

The start of the game was delayed 31 minutes because of rain. Each of the Reds' last four games - all at Great American Ball Park - had weather delays.

The Reds got the better of a reunion of once-familiar foes that rarely play each other anymore. Houston's 847 all-time games against Cincinnati are by far its most against any opponent. The Astros were visiting Cincinnati for the first time since 2012. They're 40-38 all-time at Great American.

Astros: Cionel Perez - the only lefty in the Astros' bullpen - was optioned to Triple-A Round Rock to open a roster spot for Altuve. Perez was 1-1 in three games.

Reds: Shortstop Jose Iglesias was activated off the three-day paternity list. Josh VanMeter was optioned to Triple-A Louisville. Votto got a day of rest from the starting lineup, but he pinch hit in the ninth and took a called third strike.

Astros: Left-hander Framber Valdez (3-2) opens a series against the Yankees in New York. It'll be his third start of the season along with 14 relief appearances.