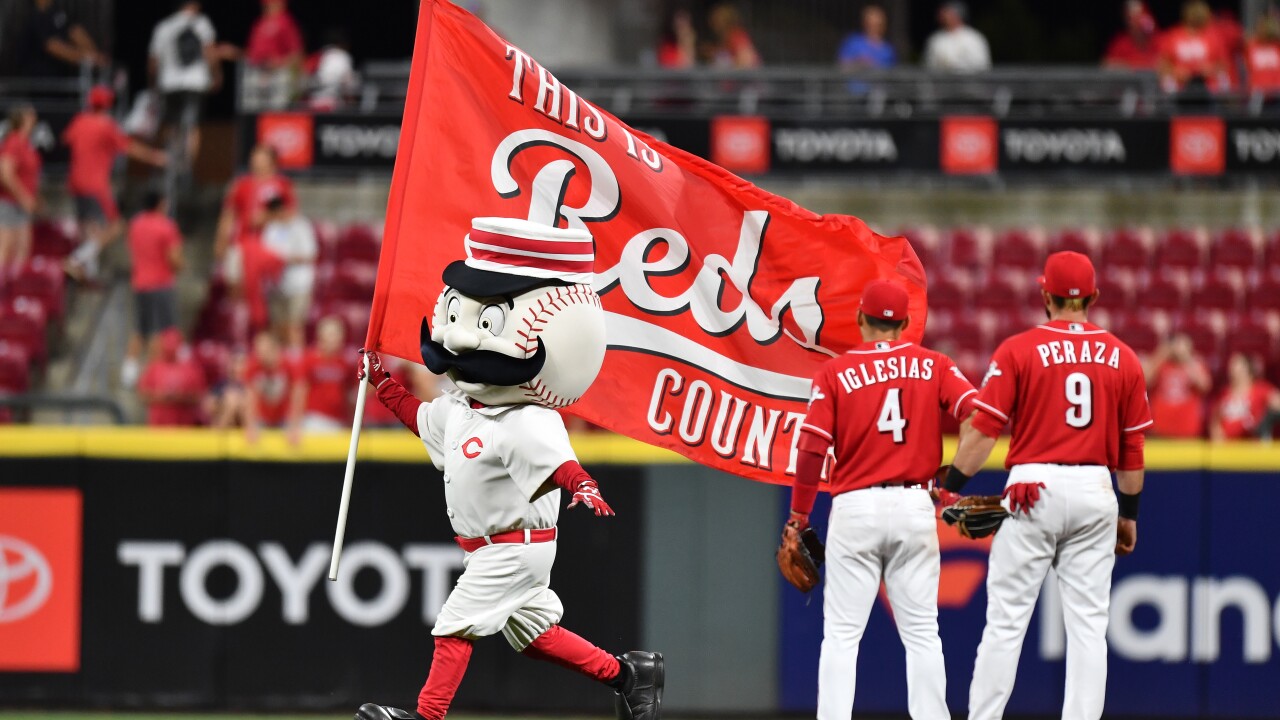 CINCINNATI (AP) — Jose Iglesias has been drawing rave reviews all season for his nifty glove work.

He contributed nicely at the plate Monday, too.

The slick-fielding Iglesias hit his first career grand slam off Mitch Keller in the right-hander’s major league debut, and the Cincinnati Reds beat the Pittsburgh Pirates 8-1 Monday for a split of their day-night doubleheader.

“Every time you get such a lead, it doesn’t hurt,” Iglesias said. “I put a good swing on it to put my team in position to win the game. It feels good. I did it with the bat this time.”

Iglesias’ homer was part of a six-run first. Derek Dietrich and Yasiel Puig added back-to-back homers in the seventh against Alex McRae.

Pittsburgh rallied for an 8-5 victory in the opener, going ahead to stay when Bryan Reynolds hit a tiebreaking two-run triple in the Pirates’ four-run eighth inning.

Kyle Crick (2-1) got four outs for the win, and Felipe Vázquez earned his 14th save.

The doubleheader was scheduled after the Pirates-Reds game March 30 was rained out.

Cincinnati jumped all over Keller (0-1). Nick Senzel walked, Jesse Winker singled and Eugenio Suárez walked to load the bases with no outs in the first.

After Dietrich struck out, Puig singled in a run and Iglesias hit a drive to left-center for his fourth homer this season. Senzel also had an RBI single in the inning as the Reds sent 11 batters to the plate while Keller was throwing 41 pitches.

“We knew we had an opportunity in the first inning,” Reds manager David Bell said. “The grand slam was huge. Their pitcher settled down and actually did a good job for them.”

“The first inning didn’t go the way I wanted it to, but I thought I responded well,” the 23-year-old said. “The first inning, I was a little amped up and my offspeed pitches weren’t as crisp as they were in the second, third and fourth innings.”

“He got punched hard early,” Pirates manager Clint Hurdle said. “The hole he dug was awful deep. He got better as he went on. He held his poise and stayed aggressive.”

Cincinnati’s fast start was more than enough support for Sonny Gray (2-4), who pitched six innings of one-run ball. The right-hander struck out seven and walked two in his second straight win.

The doubleheader opener was tied at 4 before Reynolds’ one-out liner off David Hernandez (1-3) drove in Cole Tucker and Adam Frazier. Starling Marté followed with a shot to center for his sixth homer, lifting Pittsburgh to an 8-4 lead.

“A runner on second, late in the game, you want to do something to drive him in,” Reynolds said of his first career triple. “It’s always nice to mark things off your list.”

Hernandez felt he was close to escaping the situation.

“I thought I had Reynolds struck out,” Hernandez said. “I didn’t get the call. I didn’t think he swung, but I thought I caught the bottom of the zone.”

Josh Bell hit his 17th homer for Pittsburgh in Game 1. He has 11 this month, tops in the majors.

Vázquez replaced Crick with the bases loaded in the eighth and struck out Senzel, ending the inning. Vázquez then worked the ninth, yielding a sacrifice fly to Curt Casali before coaxing Puig into a game-ending groundout.

Joey Votto had three hits for Cincinnati in his fourth consecutive multihit game. Suárez finished with three hits and two RBIs in the opener

Cincinnati had lost six in a row against Pittsburgh before taking the nightcap.

The Pirates brought up right-handers McRae and Richard Rodríguez from Triple-A Indianapolis. They also acquired Yefry Ramirez in a trade with Baltimore for a player to be named or cash, and then assigned him to Indianapolis.

McRae pitched three innings in Game 2. Rodríguez worked a scoreless ninth while serving as the 26th man for the doubleheader.

Right-hander Dovydas Neverauskas was sent down to Indianapolis, and outfielder Corey Dickerson was transferred to the 60-day injured list. Minor league right-hander Jesus Liranzo was designated for assignment.

Right-hander Montana DaRapau was optioned to Indianapolis before the nightcap to make room for Keller.

The Reds added lefty Cody Reed as their 26th player for the doubleheader. He tossed two innings in Game 2.

Reds: LHP Alex Wood has rejoined the team after spending the season at extended spring training in Arizona working out tightness in his lower back. He has started a throwing program that eventually will lead to bullpen sessions, followed by a rehab assignment.

Reds: RHP Lucas Sims will be recalled from Triple-A Louisville to start on Tuesday.