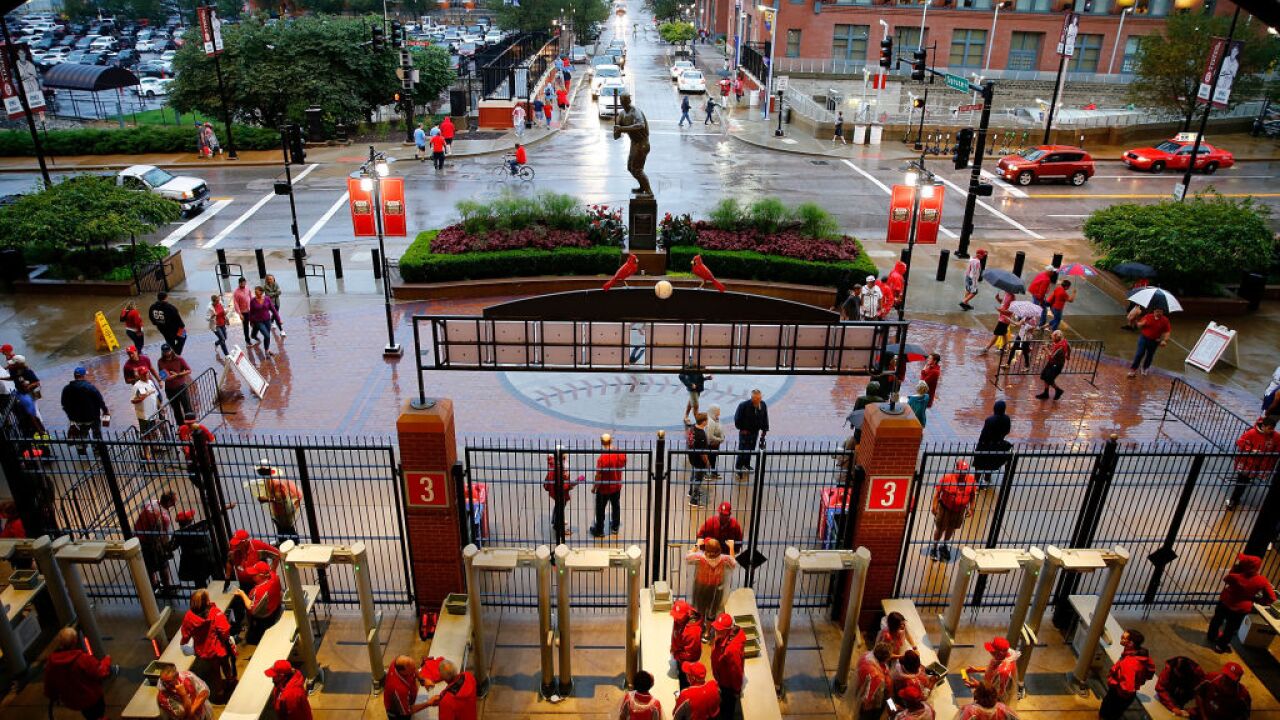 ST. LOUIS (AP) — Dakota Hudson pitched a career-high 7 2/3 innings, and the St. Louis Cardinals beat the Cincinnati Reds 10-6 on Saturday in the opener of a doubleheader weekend.

Dexter Fowler and Yadier Molina homered as St. Louis won for the seventh time in eight games. Kolten Wong and Paul Goldschmidt each had two hits and two RBIs.

Hudson gave the Cardinals a lift after the series opener was postponed by rain, setting up doubleheaders on Saturday and Sunday. The NL Central leaders and the Reds also play afternoon games Monday against different opponents.

Hudson (14-6) settled down nicely after Eugenio Suárez hit a two-run homer in the first, stopping the right-hander's scoreless streak at 18 2/3 innings through his previous three starts.

He struck out a career-high eight and started 17 of his 30 batters with a first-pitch strike.

While Hudson delivered for the Cardinals, Reds right-hander Trevor Bauer (10-12) pitched just four innings. He was charged with six runs and seven hits.

Tucker Barnhart had two hits and three RBIs for Cincinnati, and Suárez finished with two hits.

With runners on the corners and two outs, Gallegos got Phillip Ervin to bounce into a fielder's choice.

Wong then made it 10-6 with a two-run double in the bottom half, and Carlos Martínez pitched a perfect ninth for St. Louis.

Bauer, who was acquired in a July 31 trade, dropped his fourth consecutive start.

Suárez' 426-foot drive was his 14th first-inning home run of the season. It was No. 41 for Cincinnati, the most by any team in the opening frame since at least 1940.

But St. Louis responded with four in the bottom half, helped by an error on left fielder Josh VanMeter. Fowler connected in the second, and Molina went deep in the third to give St. Louis a 6-2 lead.

The Cardinals recalled left-hander Génesis Cabrera as the 26th man for Saturday's doubleheader and will activate right-hander Daniel Ponce de Leon before his start in the nightcap of Sunday's doubleheader. Both will stay with the club.

Right-hander Sal Romano was recalled from Triple-A Louisville as the Reds' 26th man for the doubleheader.

Cardinals: OF Lane Thomas (right wrist fracture) was placed on the 10-day Injured list, and OF Tyler O'Neill (left wrist strain) was activated from the IL.
UP NEXT