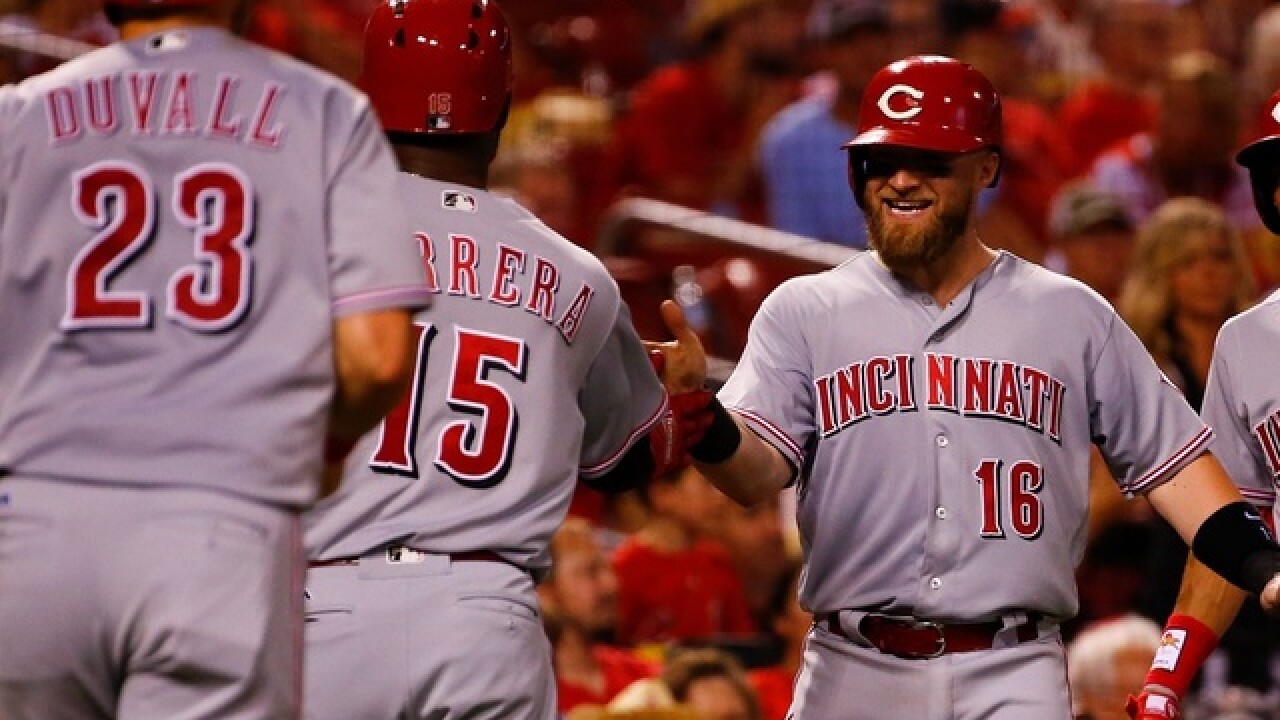 ST. LOUIS - Matt Harvey is feeling good again and now his name is popping up in trade rumors for good reasons.

Harvey, who was acquired from the New York Mets on May 8, won his fourth successive decision and is 4-1 with a 2.38 ERA over his last six starts.

He gave up one run on four hits, struck out five and walked two. He retired 10 batters in a row before exiting after giving up leadoff walk to Jose Martinez to start the sixth.

“The last couple years, it had been an uphill battle,” Harvey said. “But now that I’m healthy, getting into a routine again, having that five-day normal rotation, it’s nice.”

Harvey gave up three hits to the first five batters before allowing just one hit the rest of the way.

“It looked like his stuff was close to what it had been in the past,” St. Louis manager Mike Matheny said.

Added Cardinals outfielder Jose Martinez: “He had command of his fastball, 100 percent. He had me chasing a lot.”

Harvey (5-5) had been bothered by shoulder injuries each of the last two seasons and missed all of the 2014 campaign.

His recent resurgence has made him popular on the trade market.

“It’s not my decision, it’s out of my control,” Harvey said. “I can only go out there and do what I can do and that’s help this team win. I love these guys. They’ve been awesome ever since I’ve come over here.”

Outfielder Billy Hamilton, who robbed Matt Carpenter with an over-the-wall catch in the seventh, enjoys playing behind Harvey.

“He one of those guys that throws strikes and puts it in the defense’s hands,” Hamilton said. “He doesn’t care about striking you out. He wants to put it in play and trust his defense.”

Jesse Winker reached base four times and drove in three runs for the Reds, who won their second in a row against St. Louis after breaking a 13-game losing streak to the Cardinals on June 10.

St. Louis had won 17 of the previous 20 games between the teams.

“The Cardinals have had our number for a couple years,” Cincinnati manager Jim Riggleman said. “It’s certainly great to win a ballgame against them. To be honest with you, every night we’re just trying to win a ballgame no matter who it is.”

Winker staked the Reds to an early lead with a two-run double in the first.

Gennett hit his 17th homer of the season off Carlos Martinez (6-5) in the third to push the lead to 3-1.

Herrera added a three-run, pinch-hit homer off Sam Tuivailala to highlight a five-run outburst in the seventh.

Yadier Molina, celebrating his 36th birthday, drove in the Cardinals’ run in the first.

Martinez gave up three runs on six hits over five innings. He had won his previous three starts.

Jose Peraza and Eugenio Suarez had three hits for Cincinnati, which has won three of four.

Boston Celtics standout Jayson Tatum threw out the first pitch before the contest. The St. Louis native wore a Cardinals jersey with the No. 0, his NBA number.

RHP Luis Castillo (5-8, 5.53) will face RHP Jack Flaherty (3-4, 3.34) in the second game of the three-game series on Saturday afternoon. Castillo is 0-3 with a 5.71 ERA in three career starts against the Cardinals. Flaherty is coming off the shortest start of his career. He went just 2 1/3 innings and gave up three earned runs in a 13-8 loss.