Fay: Are fans still buying what the Reds are selling? 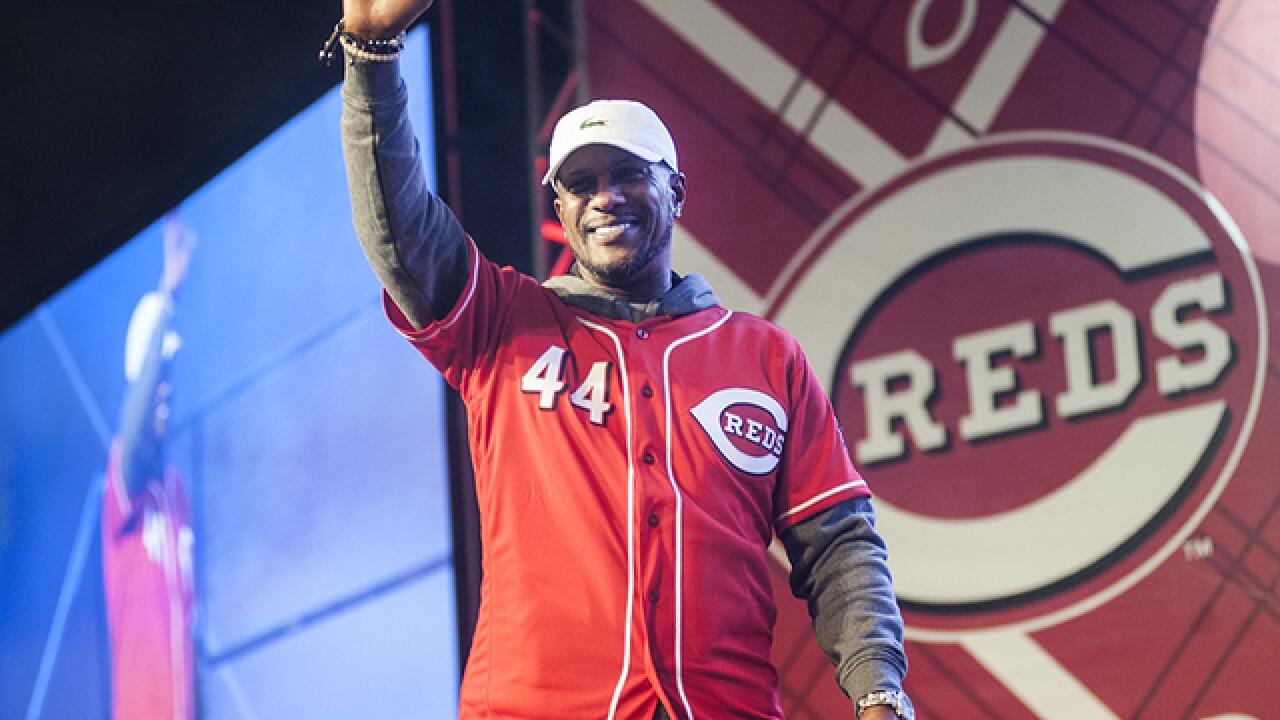 CINCINNATI -- The Reds have been careful to not oversell the club at the last couple of Redsfests. The team was rebuilding. They asked for patience.

And the fans, particularly the hardcore fans that show up at Redsfest, granted the franchise that.

Owner Bob Castellini thanked all in Redsland for that Friday night at Redsfest.

"Let me say something about our fans: We had a tough season. I never got a dirty look," he said. "I never got a scowl. I never got a nasty remark. Everybody stuck with us. We like our players. We like what we're trying to do. We really appreciate your support."

Then Castellini promised things will be better.

"I think we have tremendous potential to be a contender this year," he said. "If we prove ourselves as contenders, we have the possibility -- and not less than 50-50 probability -- of being a postseason team.

"Am I overly optimistic and see it through rose-colored glasses? No. But if things fall the way they could fall -- we've talked about this pitching, we have good position players, we know have a good clubhouse and a wonderful coaching . . . You have all those things going for you and you get good health. We've got a chance to surprise people."

Castellini's top baseball man, Dick Williams, is telling fans this year that going to start to see the light at the end of rebuilding tunnel.

"I'm very optimistic that we're going to see improvement this year," Williams said. "Last year -- if not for those three injuries -- we would have seen steps forward with the record. This year, we'll be in an even better position to have some stability and show some improvement. I'm optimistic."

The injuries Williams was referring to are the one that knocked Homer Bailey, Anthony Desclafani and Brandon Finnegan out of the rotation for the most of the year -- all of the year in DeSclafani's case.

That vacuum allowed the Reds' young starters -- Luis Castillo, Sal Romano, Robert Stephenson and Tyler Mahle -- to get plenty of big league starts. They responded well, especially at the end of the season.

"I think I'm getting some pretty good feedback," he said. "Now, with social media, I feel like I get a feel for the pulse. I've gotten a lot of positive feedback on our drafts, the signings on the international market, the trades we did, the waivers claims. A lot of those moves have paid off.

"We feel like we're seeing positive momentum. The second half of the year the performance of the pitchers gave us a boost."

The Reds are by no means a finished product.

"We had the youngest roster in baseball Opening Day last year," Williams said. "We'll be even younger this year, depending on the offseason activity. But, right now pro forma, we'd be a pretty young team. We like that. We have a lot guys with options. We have a lot of guy looking to make an impact in the big leagues. Joey (Votto) and Homer are only two 30-and-over veterans."

It helped to have the top picks from the last two drafts at Redsfest. The autograph lines filled as quickly Nick Senzel and Hunter Greene as they did for Votto. Nick Senzel is coming off a terrific. In fact, he was awarded Chief Bender Award at the Reds minor league player of the year. Greene was the rare high school player whose reputation proceeded him predraft.

"I'm glad the fans have someone like Hunter Greene to get excited about," Williams said. "In the baseball draft it doesn't always work that way where you have a flyer that's well-known and kind of has own celebrity in the draft. Last year, Nick Senzel wasn't a household name. Hunter because of the Sports Illustrated coverage and all that really has that celebrity status.

"It's fun for the fans to see someone they can identify, related to and feel like it coming."