'Fake' me out to the ballgame: The real team behind the Reds' fake crowd noise 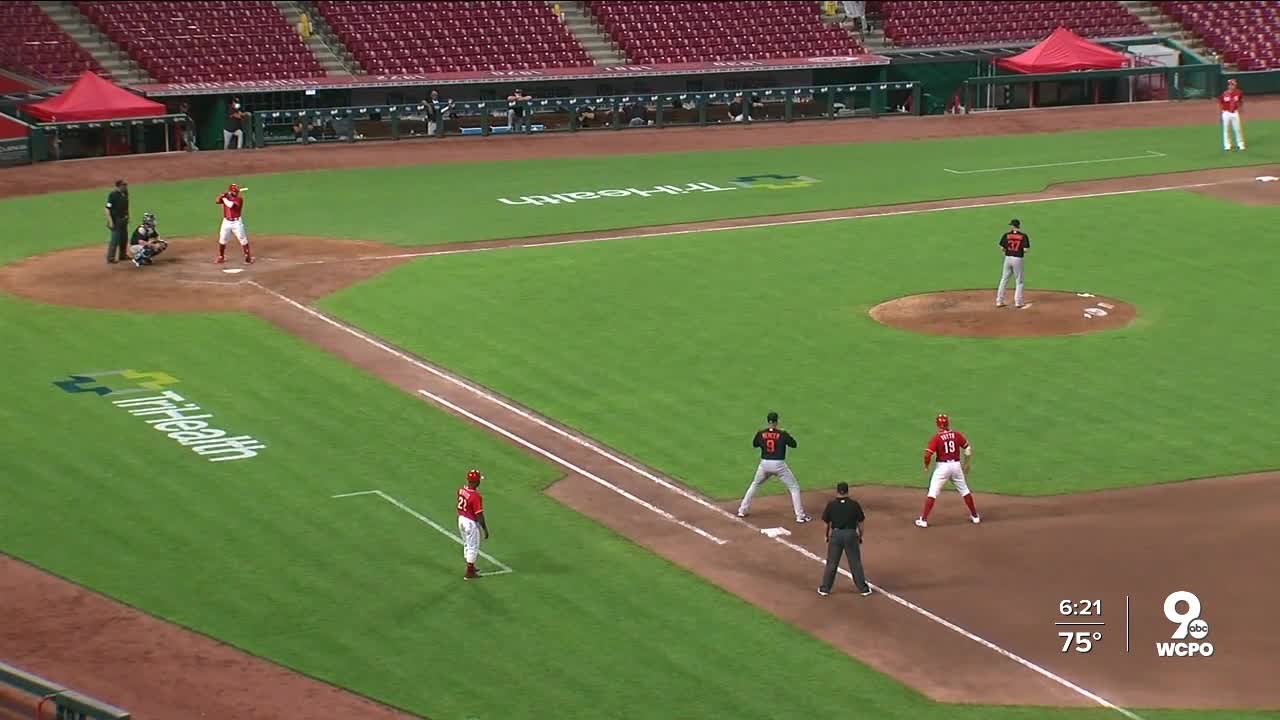 THERE ARE NO FANS AT REDS GAMES THIS YEAR... BUT YOU MAY KNOW -- THEY'RE PUMPING IN *FAKE* CROWD NOISE...

CINCINNATI — The Cincinnati Reds weren’t sure at first how they would make artificial crowd noise sound authentic in an empty ballpark.

“We tried to do crowd noise internally at first – just with our full-time staff,” said Jami Itiavkase, the Reds’ Director of Productions. “But we learned very quickly, that was not going to be possible. This crowd noise is a full-time focused job.”

They found it’s a tough task trying to replace the sound of thousands of fans.

“Nothing replaces fans at a ballpark," said Nick Wiget, who has worked behind the scene for the team since 2014. "That goes without saying."

Wiget has a fair perspective on the matter, since he’s the guy the Reds chose to operate the crowd noise.

“It made sense," said Itiavkase. "No other person came to mind. Nick is the guy.”

The Reds gave him an iPad, with pages of buttons; each one represents a different crowd response.

The sounds come directly from the video game “MLB The Show.”

“There are about 30 responses," Wiget said. "There are no boos, thank goodness. I wouldn’t have the gall to boo anybody."

With the push of a button, the fake crowd erupts.

“It’s really a game of psychology in some ways,” explained Wiget. “I’m trying to think for a massive audience. How would they go about doing this?”

Even if the fake crowd is cheering for his hit, though, it’s not a hit with Reds first baseman Joey Votto.

“I’m guessing somebody not in uniform decided to put crowd noise up," Votto said. "I’d be astounded if somebody currently playing thinks that’s a good idea.”

The seats may be empty, but you’d never know it by listening.

“I hope that in some form or fashion, I can replicate – to a point – what it would sound like if we had those thousands of fans in the stands,” Wiget said.

He said he doesn't plan to add Crowd Noise Operator as a title on his business card, but said he might make a T-shirt that reads “The Crowd 2020."