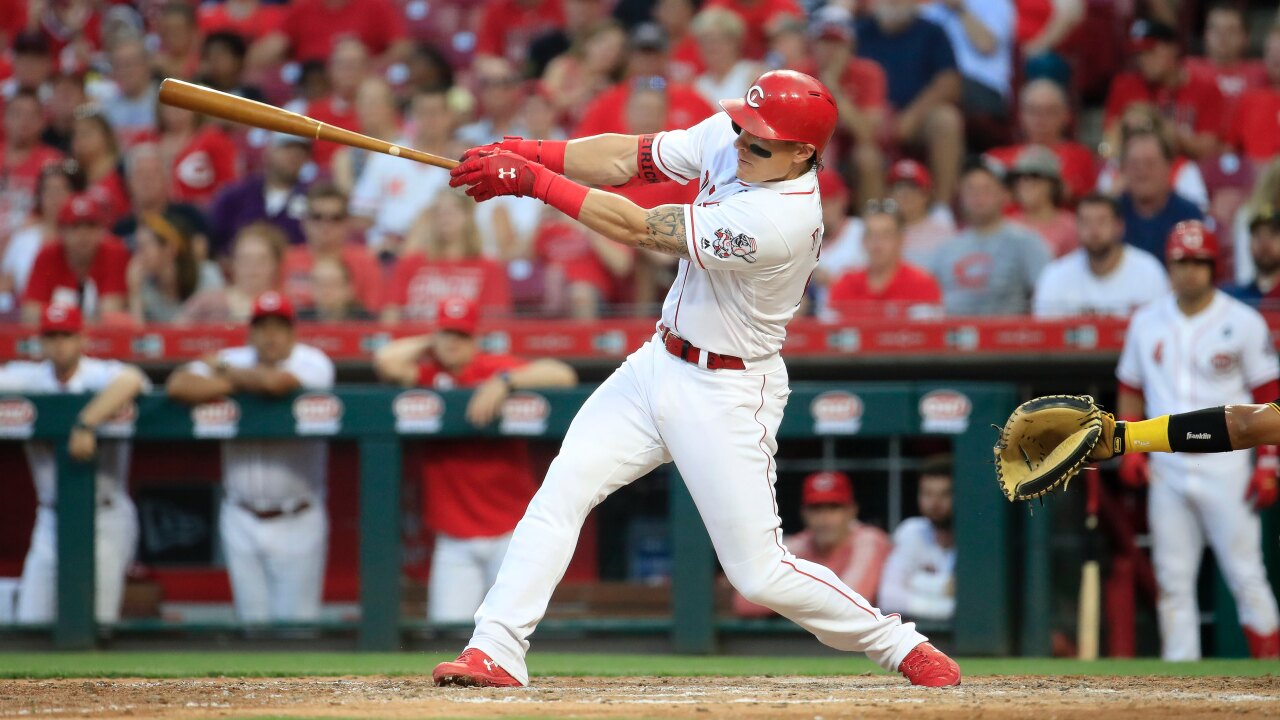 Derek Dietrich hit three homers — all two-run shots for Cincinnati— and the Pittsburgh Pirates suffered yet another injury to their rotation Tuesday night as the Reds pulled away to an 11-6 victory.

Dietrich grounded out in his first at-bat and connected in the fourth off Jordan Lyles (5-2), who left after the inning with discomfort in his left hamstring. Dietrich then connected off Geoff Hartlieb in the fifth and again in the seventh for his first three-homer game. He didn’t get another at-bat.

Scooter Gennett was the last Reds player with so many homers, matching the major league record with four on June 6, 2017.

Signed to a minor league deal in February with a chance to compete for a spot off the bench, Dietrich has gotten playing time with Gennett sidelined since spring training with a groin injury. His 17 homers set a career high, and 12 of his last 17 hits have been home runs.

Lyles had an awkward follow-through on a pitch in the fourth but completed the inning. The Pirates already are missing starters Jameson Taillon and Trevor Williams. They’ve had 22 players on the injured list this season, with starter Chris Archer also missing time because of a sore thumb.

With its seventh loss in nine games, Pittsburgh fell to 26-27, the first time the Pirates have been below .500 since May 3.

Lucas Sims (1-0) was called up pregame and struck out a career-high nine in 7 1/3 innings.

Pirates: Infielder Jung Ho Kang has started a rehab assignment with Indianapolis as he recovers from a strained left side.

Reds: Joey Votto was out of the lineup with tightness in his right hamstring, but could pinch hit. He aggravated it while running the bases on Monday. ... Left-handed reliever Cody Reed sprained his left knee while throwing a pitch on Monday at Triple-A Louisville and won’t throw for 10 to 14 days.

Pirates: Steven Brault (1-1) makes his third start and ninth appearance of the season. He worked in relief Friday and threw 98 pitches. He’s given up eight earned runs in 7 2/3 innings of his two starts this season.

Reds: Anthony DeSclafani (2-2) hasn’t gone more than four innings in any of his last three starts. He’s allowed 12 earned runs in 11 2/3 innings over that span.