Dear Yasiel Puig, your time with the Cincinnati Reds was brief but memorable 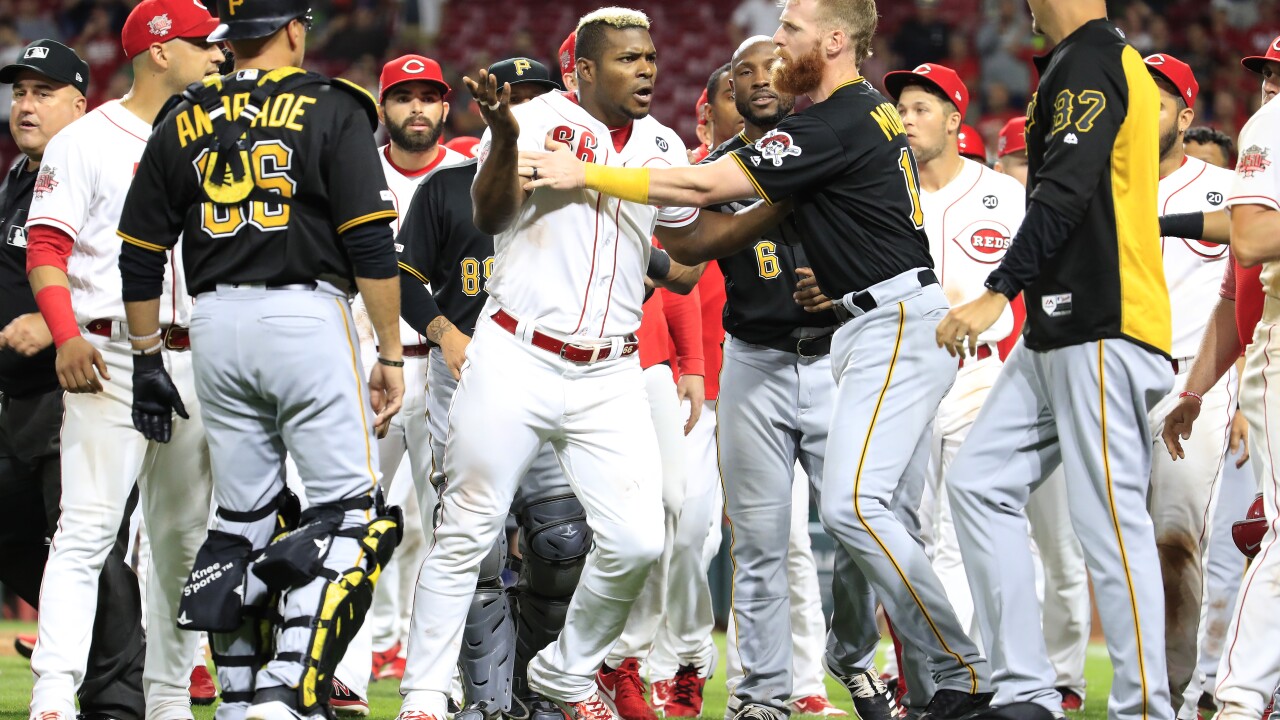 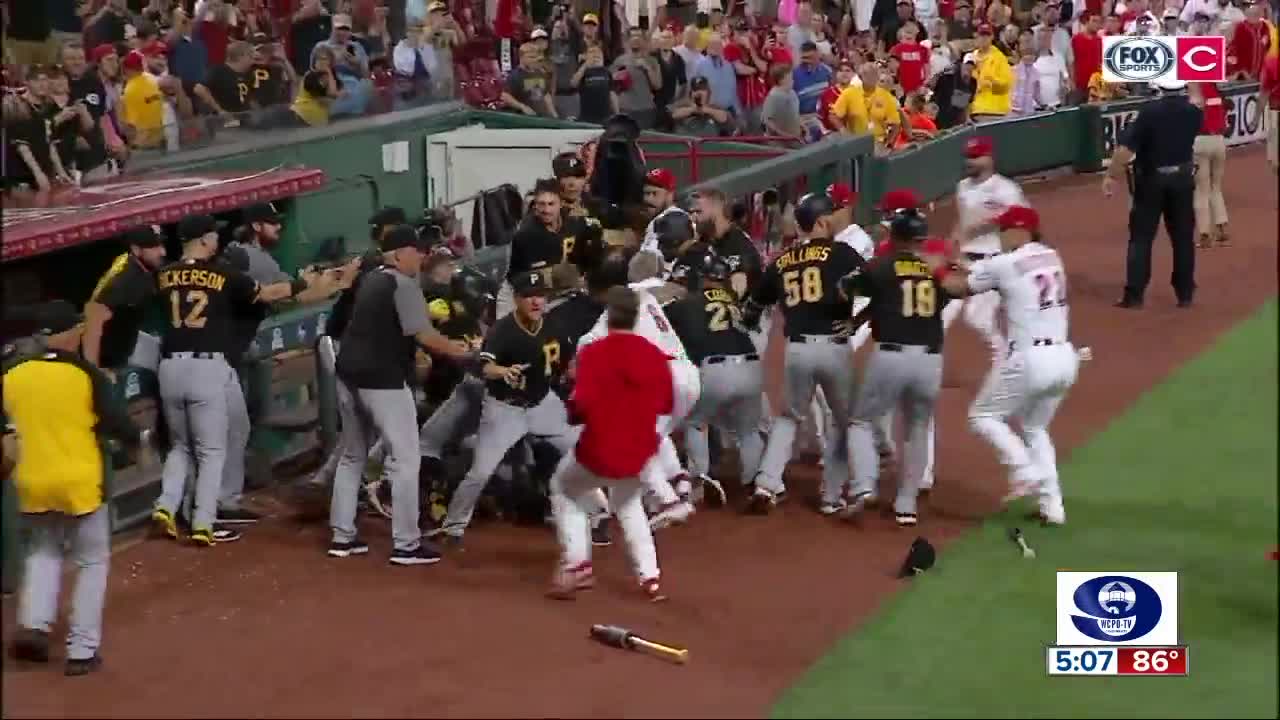 CINCINNATI — CORRECTION: An earlier version of this article misidentified the players involved in the December trade that brought Yasiel Puig to the Reds. The players that joined the Reds from the Dodgers were Puig, Alex Wood, Matt Kemp and Kyle Farmer.

Yasiel Puig wasn’t here long, but his impact during the first four months of the 2019 season won't soon be forgotten.

During his brief time in a Cincinnati Reds uniform, the charismatic outfielder endeared himself to fans and teammates with his personality, electric arm and, in recent weeks, his bat, while managing to rile opposing managers and players. If the image of him being restrained by teammates during Tuesday night’s brawl with the Pittsburgh Pirates is the lasting image of his time in the Queen City, what a curtain call.

Prior to Tuesday’s melee, news of a blockbuster three-team trade between the Reds, Cleveland Indians and San Diego Padres began to leak out, with Puig heading to Cleveland, ace Tribe pitcher Trevor Bauer coming to Cincinnati and outfielder Taylor Trammell, who is currently ranked as the top prospect in the Reds organization, going to San Diego. Trammel, 21, was batting .236 at Double-A Chattanooga, with six home runs and 17 steals.

Prior to Wednesday’s series final, Puig bid farewell to the city that he called home only since being acquired from the Los Angeles Dodgers, along with pitcher Alex Wood, infielder/catcher Kyle Farmer and outfielder Matt Kemp, in another blockbuster deal in December. Now, only Wood and Farmer remain from that deal.

“The part I love the most is being here around my teammates,” Puig told reporters after the game on Tuesday. “They gave me a lot of respect, a lot of love. And all you guys (the media), giving a lot of love and respect. I want to thank Cincinnati. We’ll be staying next door. We’re going to Cleveland.”

Puig started slow at the plate and was still batting .207 as of June 9. But over a stretch of 36 appearances beginning in mid-June, he ranked among major-league leaders in home runs, slugging percentage, batting average and RBI. He was leading the team in stolen bases -- and engrossing spirit.

Reds fans appreciated his missile-like throws from right field and hustle plays. Puig’s effort during a 12-2 loss to the Colorado Rockies last week sort of epitomized his brief career in the Queen City: He hustled to beat out an infield hit with two outs in the ninth despite the Reds trailing by 10 runs, then was thrown out trying to steal second standing up.

From publicly declaring his love for the color red to immersing himself in the community from Day One, Puig quickly went from being a larger-than-life figure in Dodger blue to looking very much at home in Cincinnati red.

Puig will be missed. But much like Puig, Bauer at times can be a flashpoint, too. In his last start, Bauer expressed his frustration over being removed from a game by turning and throwing the ball into the center field stands, something Indians manager Terry Francona did not appreciate. Bauer apologized.

Bauer, 28, is 9-8 this season with a 3.79 ERA and 185 strikeouts in 156 2/3 innings over 24 starts. He leads the majors in innings pitched and pitches thrown while ranking fifth in the majors and fourth in the American League in strikeouts. He threw at least 175 innings in each of the previous four seasons and is on pace to reach that mark again this season.

Last season, Bauer was an American League All-Star and finished fifth in the Cy Young Award voting. He ranked second in the AL in ERA (2.21) and allowed the fewest home runs per nine innings in the league (.0462).

Bauer is expected to join the Reds this weekend in Atlanta. He will wear uniform No. 27.

With Tanner Roark traded to the Oakland A’s in exchange for outfield prospect Jameson Hannah on Wednesday and the return of left-hander Alex Wood from injury, right-hander Luis Castillo enjoying a breakout campaign and an NL All-Star in Sonny Gray, the addition of Bauer should make this staff that much more formidable.

Puig’s last visual in a Reds uniform is a brawl. Bauer’s last with the Tribe, a meltdown on the mound. But Bauer brings a bit more baggage. There was his much-publicized drone accident that resulted in 10 stitches and pushed back his start in the 2016 AL Championship Series. He also has stirred controversy with his comments on social and political issues.

Bottom line: Bauer joins a Reds starting rotation that already ranks third in the National League with a 3.80 ERA that is fifth-best in baseball. He is a free-agent following the 2020 season, setting up a solid top of the rotation for the Reds through next season with Bauer, Castillo and Gray, plus Tyler Mahle and Anthony DeSclafani in the mix. Wood also could be given a qualifying offer for next season.

The Reds lead the National League in batting average (.295) and slugging percentage (.497) since the All-Star break, and they hope the absence of Puig does not adversely impact the offense. His replacement in right field would be the tandem of Phillip Ervin and Josh VanMeter, both of whom have swung the bat well.

In a memorable 24 hours, the Reds lost Puig but created an opportunity for Ervin and VanMeter, two of their most promising young players. They lost Roark, but added Bauer to a rotation that already is among the best in baseball, especially with Wood healthy and seemingly not traded.

As expected, the Reds were neither sellers or buyers at the deadline. But they did plenty to improve their team for this season and next.