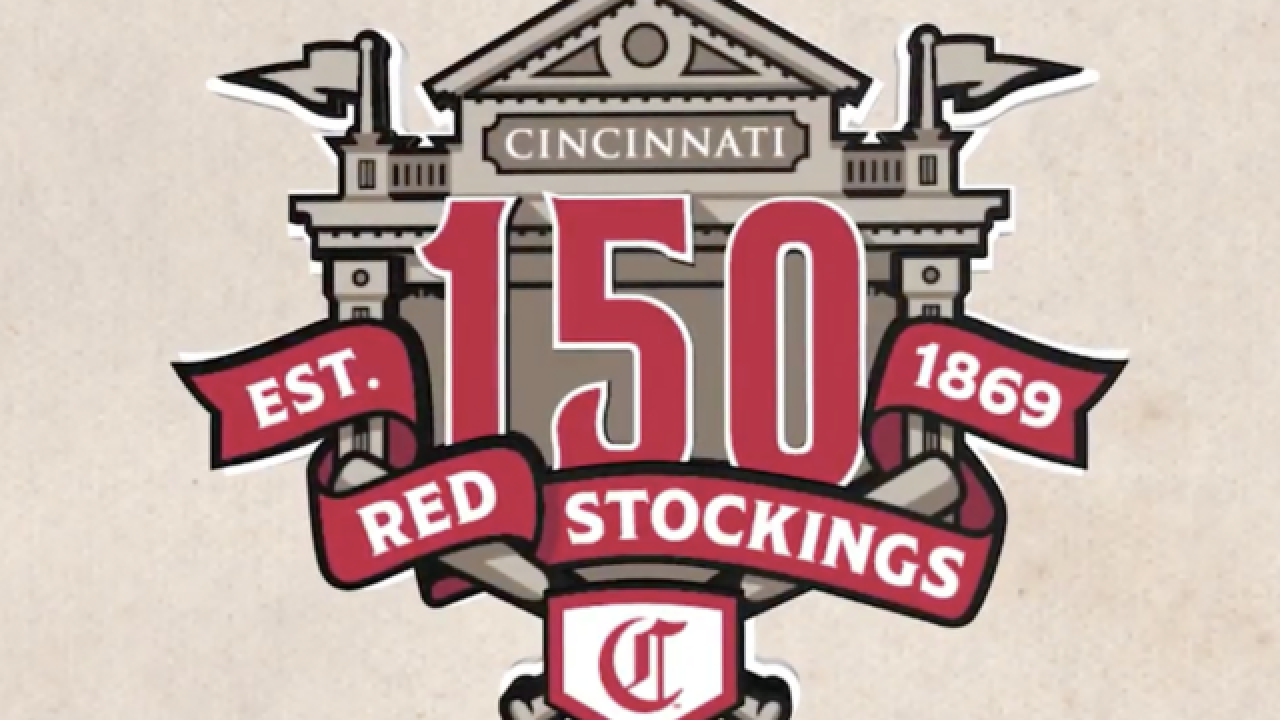 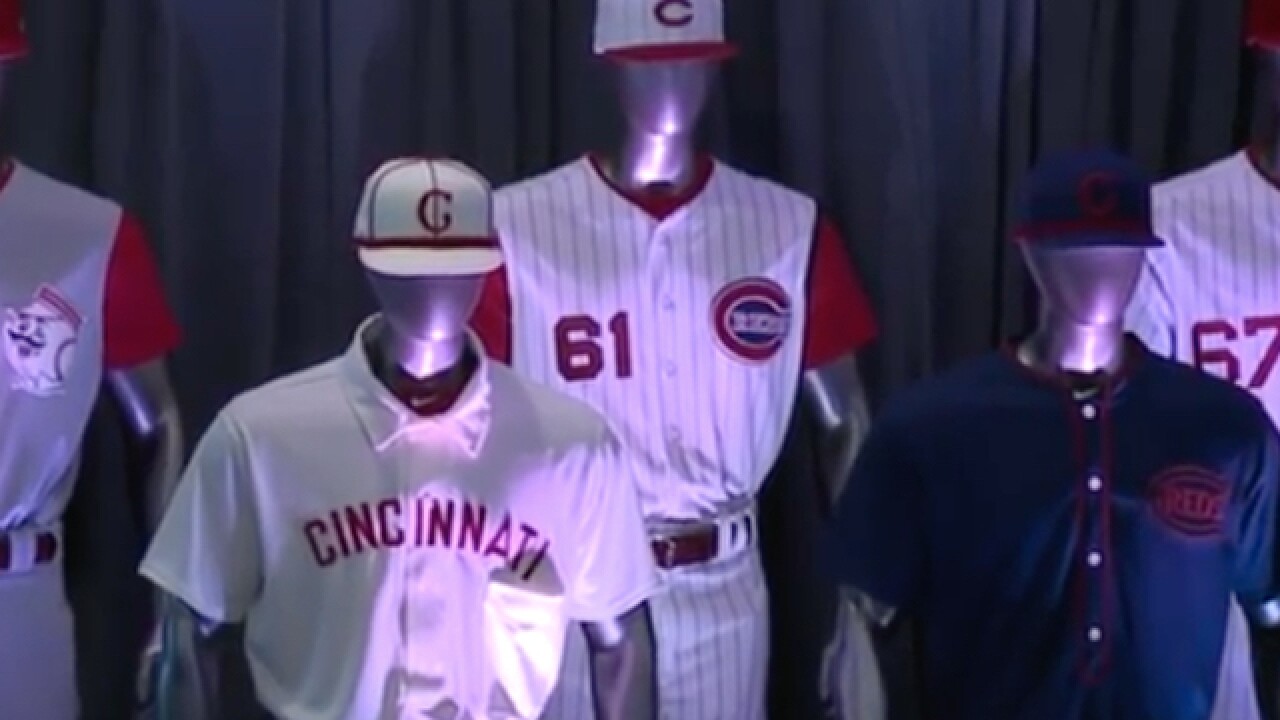 CINCINNATI -- During the All-Star Game festivities in 2015, Cincinnati Reds chief operating officer Phil Castellini was asked what the team could ever do to top that event.

In truth, he was already planning for another signature celebration, one unique to the Reds franchise and the Queen City that would stretch from Opening Day to October.

Throughout the 2019 season, the Reds will celebrate their 150th anniversary and the coinciding 150th anniversary of professional baseball. It won't be with another black-tie gala or another pre-game parade of former players or post-game fireworks and a concert.

With the full backing of Major League Baseball, the Reds are planning to throw a season-long birthday bash like none other.

The Reds plan to take their fans on a magical history tour from the very origins of our national pastime with the 1869 Red Stockings to the present day. The 150th anniversary, Castellini said, is a milestone his family began preparing for shortly after assuming ownership of the team in 2005.

"It is a way to spread out the history," he said. "The beginnings of the team are so interesting and there were a lot of great teams and players along the way that didn't (win a World Series). That's why we need another championship. We've milked the same cows for a long time. It's time to bring a new one in the barn."

Commemorating a century and a half of baseball in six months is no easy task.

Although some details still need to be worked out with MLB now that the postseason is concluded, the Reds have this thing pretty much mapped out, from 15 retro uniforms to several new community initiatives and even a blowout party in Great American Ball Park on Independence Day Weekend.

"During the 2019 season, we're going to put on a party," said Reds' owner Bob Castellini at a kickoff event Monday night at Great American Ball Park. "Much has changed since 1869, yet baseball still helps to drive our economy and our tourism. It continues to raise our national and international profile. This is for our thousands of fans over eight generations."

The 1869 Red Stockings were the first entirely salaried professional team in baseball history. In their inaugural season of 1869, the Red Stockings played opponents from across the country and finished 57-0.

"I am so jealous," said Bob Castellini to laughter among the crowd in the Handlebar Monday night.

The Reds' caps and uniform sleeves will be adorned with a 150th anniversary logo featuring the famous facade of the Palace of the Fans, the Reds' ballpark from 1902 to 1911. The Reds will wear different variations of the logo for home and road games.

During Spring Training, the Reds will wear jerseys featuring the old-style "C" logo, reminiscent of the 1869 team. The team will begin wearing 15 different throwback uniforms on May 4, which marks the anniversary of the Red Stockings' first game.

Fans should mark their calendars for July 5. Tweaks to the major league baseball schedule in 2019 handed the Reds an off day on Friday, July 5 in the middle of a nine-game homestand. A Friday night off over a holiday weekend afforded the Reds the perfect opportunity to host a signature 150th anniversary bash.

"It's literally the first time I can remember having a Friday off-day in the middle of a homestand," Phil Castellini said. "What better way to celebrate the history of the nation's game than on the nation's birthday weekend. It was kind of a no-brainer."

So, the Reds are opening up Great American Ball Park that night for the "Reds Rockin' 150 Open House", a free event featuring food, entertainment, and a Rozzi's fireworks show. Former and current Reds players will be in attendance to mingle with fans.

"We're asking the players on a day off to come and run around with our fans, which we love them to do, but in the middle of a season, that's a tough ask," Phil Castellini said. "It's going to be a fun weekend."

Among the civic initiatives that will coincide with the celebration are 150th anniversary benches situated throughout Greater Cincinnati and Northern Kentucky. The benches' design will mimic dugout benches and feature the Mr. Redlegs mascot wearing each of the 15 throwback uniforms.

The 1869 Pavilion will be a new gazebo-style monument on the southwest corner of the ballpark adjacent to Smale Riverfront Park. The dedication ceremony will take place on May 4. The pavilion is being designed by local sculptor Tom Tsuchiya, best known for his work on the player statues in Crosley Terrace outside the ballpark.

The Reds Community Fund also will lead two special field renovation projects in 2019, in St. Bernard and Bellevue, where ballparks will be designed in homage to the Palace of the Fans.

It's already been an eventful offseason for the Reds with the hiring of David Bell as manager and Derek Johnson as pitching coach. Although he hopes the baseball side of things will take care of itself next season, Phil Castellini relishes his role as chief party planner and the 2019 season will be his time to shine.

"Our side of the business is in charge of having fun," he said. "How often does any organization of any kind celebrate a 150th anniversary? It's a big deal, period, but when you are woven into the fabric of this community like this team is, you have to get these things right."