Cincinnati Reds fan base among most 'miserable' in sports, ESPN says 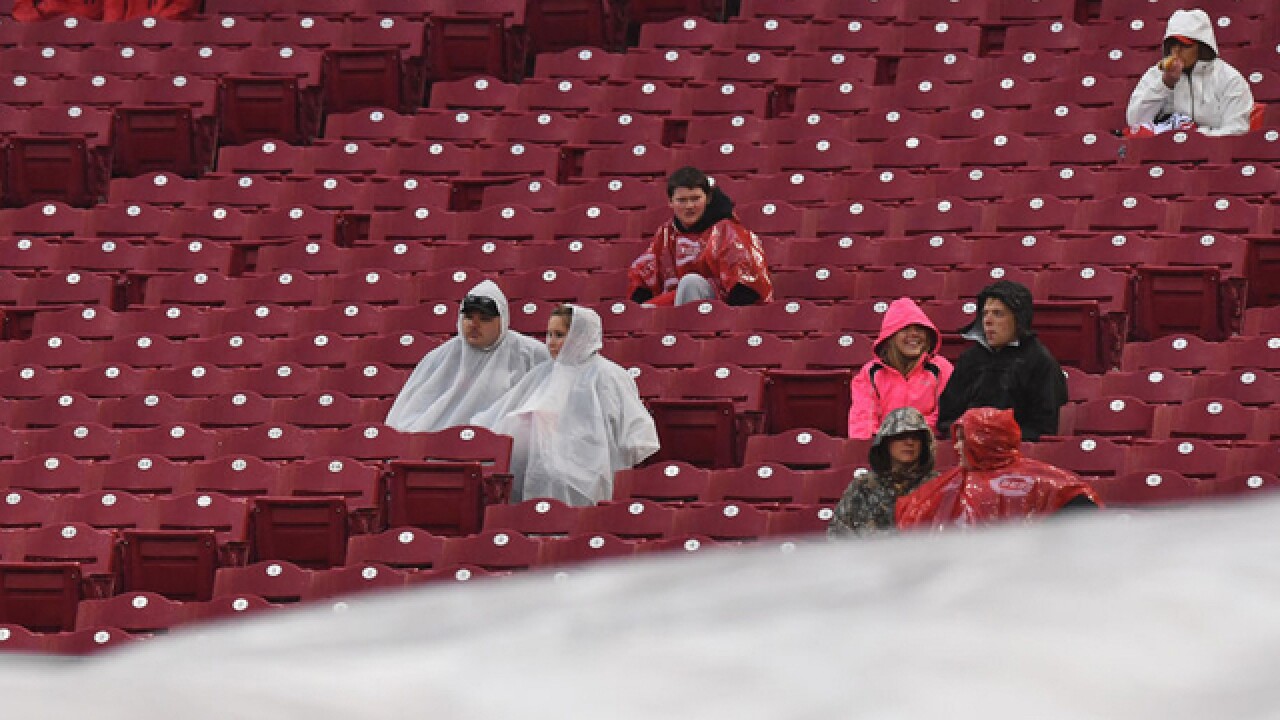 Image copyright 2017 Getty Images. All rights reserved. This material may not be published, broadcast, rewritten, or redistributed.
Jamie Sabau
<p>CINCINNATI, OH - MAY 5: Fans wait out a rain delay to the start of the game between the San Francisco Giants and the Cincinnati Reds at Great American Ball Park on May 5, 2017 in Cincinnati, Ohio. (Photo by Jamie Sabau/Getty Images)</p>

CINCINNATI -- The Cincinnati Reds have the eighth-most "miserable" fan base in professional sports, according to a new analysis by ESPN.

The Reds came in at eighth overall and fourth in MLB.

"The Big Red Machine might be one of the most famous teams of all time, but it's been 40-plus years since Pete Rose, Joe Morgan, Johnny Bench & Co. were the toast of baseball," ESPN's T.J. Berka wrote. "There has been very little for Reds fans to toast about in the last two decades, as they haven't won a World Series championship since 1990 or a playoff series since 1995."

RELATED: Reds have to pony up some big bucks to contend

Despite having made the playoffs just three times in recent years, ESPN graded the Reds 10th in MLB for heartbreaks. And, the Reds are currently sitting at the bottom of the NL Central standings.

What about the Bengals? ESPN found that their fan base was only the 45th most miserable (out of 123, by the way), and 11th in the NFL. Things make look bleak sometimes, but at least they make the postseason frequently. We could be stuck with the Browns.