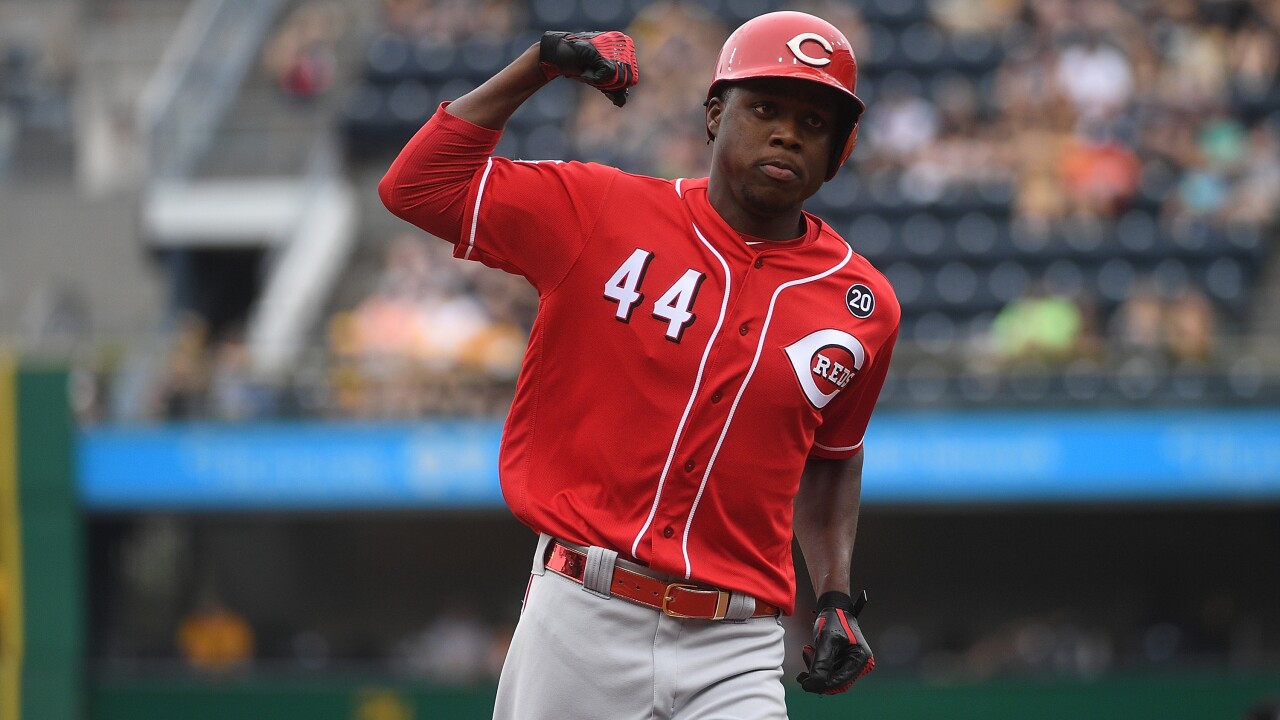 Justin Berl/Getty Images
Aristides Aquino of the Cincinnati Reds reacts as he rounds the bases after hitting a home run in the second inning during the game against the Pittsburgh Pirates at PNC Park on Sept. 29, 2019 in Pittsburgh.

CINCINNATI — The Cincinnati Reds have secured a sixth straight losing season. A flurry of offseason acquisitions failed to produce a winning record or any reasonable push for a postseason berth. But depending on your viewpoint, there is something different about this campaign that sets it apart from the past five.

The Reds closed the season by taking two of three from the last-place Pittsburgh Pirates. They avoided last place and managed to lose fewer than 90 games for the first time since 2014. But a losing season is a losing season, right?

In the case of the 2019 Reds, there are some semantics to consider when evaluating the team’s season under first-year manager David Bell.

“I think you define the year as a step in the right direction,” said Reds catcher Tucker Barnhart. “Is it as much a step in the right direction that we would like to go? No. Every season you don’t make the playoffs, it’s a disappointment. You watch other teams celebrate, and it sucks. But I like to live my life by trying to see the silver linings.”

The "glass half full" evaluator sees a Reds team that set a franchise record for home runs in a season and had one of the strongest starting pitching staffs in the National League.

The "glass half empty" evaluator sees just another losing season bereft of the playoffs and a club that never recovered from a 1-8 start and went through some horrific stretches offensively.

“Our pitching has been so good all year, but to not score as many runs as we would have liked definitely sucks,” said Barnhart, who while remaining overly positive still found several occasions to insert the word “sucks” during our interview about the season.

The one-run losses were a topic of discussion for most of the summer. On one hand, losing 33 games decided by one run and 52 by two runs or less is an indication of a team that is both close to being very good but also not good enough.

Mental errors, base-running missteps, bullpen meltdowns or a failure to come through in the clutch, all contributed to losing games in the most excruciating manner possible.

“On the positive side, we are a lot closer than our record would suggest because of the one-run losses,” Bell said. “We’ve been so close, but we haven’t been good enough.”

Reds pitching was as good as it has been in years, which just contributes more to the collective frustration. They set franchise records for shutouts in a season and had two pitchers (Luis Castillo and Sonny Gray) reach 200 strikeouts. For most of the season, the Reds’ team earned run average ranked in the top five in all of baseball. But they failed to take full advantage.

The Reds’ run differential finished even.

The midseason trade of Yasiel Puig and injuries to Jesse Winker and Nick Senzel opened the door for young outfielders like Aristides Aquino, Josh VanMeter and Brian O’Grady to get tested at the major league level.

"You have to look at the experience the young players got up here,” Barnhart said. “You can have thousands of at-bats in the minor leagues or hundreds of innings in the minor leagues, but there’s nothing like competing at the big league level. Learning who you are as a player at the highest level is priceless.”

The top four of the starting pitching rotation shapes up nicely for next season with Gray, Castillo, Trevor Bauer and Anthony DeSclafani, with Tyler Mahle knocking on the door.

“Our starting staff is pretty buttoned up and ready to go for next season,” Barnhart said. “We have some key guys in the bullpen that are going to be back.”

But the offense needs help, which could mean leveraging a young player or two to add bats to complement Eugenio Suarez, who fell one homer shy of 50. Joey Votto, 36, was on track to bat around 40 points below his career average this year and he’s not going anywhere anytime soon.

Despite being all but mathematically out of playoff contention for the past several weeks, the Reds under Bell never packed it in. There is no trophy for this, of course, but throughout six difficult months, this team continued to play with enthusiasm and energy.

“David pushes us to be ourselves and play for one another, that’s been from day one,” Barnhart said. “We genuinely care about each other and we owe it to each other to have each other’s backs. I’m proud to be a part of a group that hasn’t mailed it in.”

Bell said he met with each of his players during the past week to discuss the season and address areas for improvement. When asked what his plans were for the offseason, Bell said he planned to spend most days in his office, working on 2020.

“It becomes a really important offseason and a really exciting one,” Bell said. “We’ve been so close, but we haven’t been good enough. We have to get better.”