Brewers rally in 7th, bolster chances with 3-2 win over Reds 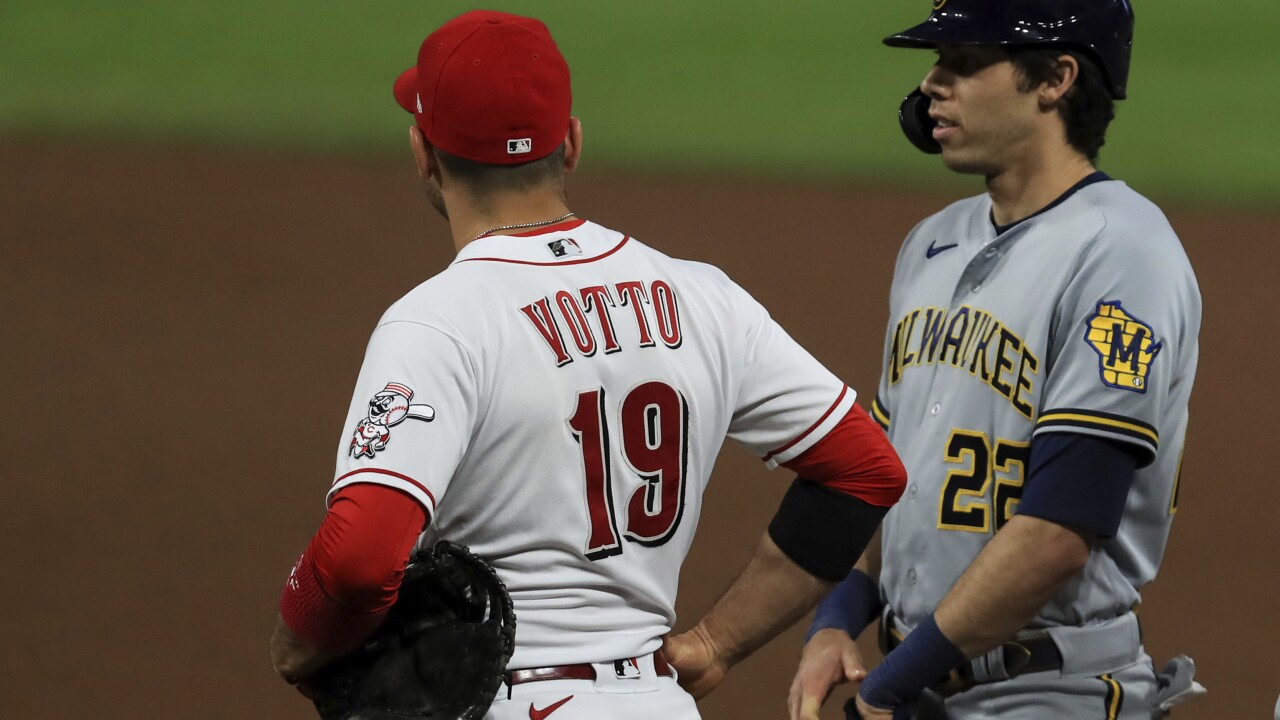 Facing a loss that would have dropped them to the periphery of the playoff field, Milwaukee pulled one out against Cincinnati’s bullpen.

The Brewers have reached the playoffs each of the last two seasons with September surges. They’ve won four of five and are back to .500 (27-27) for the eighth time this season. They’ve yet to have a winning record.

Cincinnati (28-28) wasted a chance to solidify its playoff standing and move two games over .500 for the first time in three years. The Reds opened the game in position for one of the NL’s wild card spots with the Brewers a game behind.

Taylor had a solo shot off Sonny Gray, who went five innings in a solid return from a hip injury. Milwaukee rallied against Tejay Antone (0-3), who gave up Daniel Vogelbach’s single and Jedd Gyorko’s double to open the seventh.

Orlando Arcia tied it with a sacifice fly to deep center, and Sogard doubled down the line in left field for a 3-2 lead, getting the Brewers’ dugout celebrating.

Devin Williams struck out five in two innings, escaping a threat in the eighth. Josh Hader retired the side in order in the ninth for his 11th save in 13 chances, emerging from his recent slump.

Reds: RH Nate Jones was designated for assignment to open a roster spot for Gray, who was activated off the 10-day injured list.

Brewers: Adrian Houser (1-5) is 0-5 with a 6.75 ERA in his last eight starts. In six career appearances against the Reds, allowing 11 earned runs in 18 innings.

Reds: Trevor Bauer (4-4) starts on three days’ rest. He gave up two runs in seven innings of a 5-0 loss to the White Sox on Saturday.