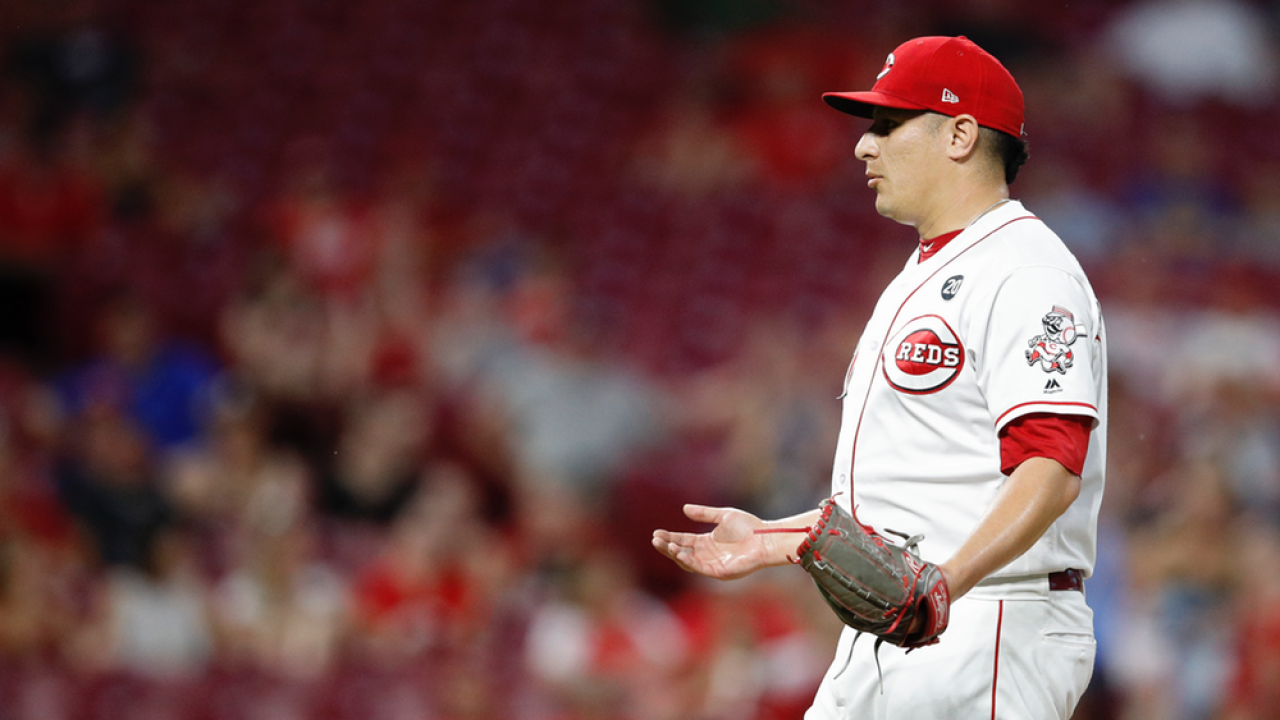 Milwaukee sent 10 batters to the plate for five runs in the seventh inning, with Yelich contributing an RBI single. The reigning National League MVP hit a two-run homer in the ninth that made him the first Brewer with 30 before the All-Star break.

The Brewers have won 11 of 15 overall against their NL Central rival. This time, they overcame a pair of two-run homers by Eugenio Suarez, who has three in the last two games.

Trailing 3-1, Cain led off the seventh inning with a homer that was only the second hit off Tyler Mahle. David Hernandez (2-4) walked Yasmani Grandal with the bases loaded to force in a run that put Milwaukee up 4-3, and Yelich followed with a single.

Mahle gave up three hits overall, including Keston Hiura’s homer in the fifth.

The Brewers got a career-high five-plus innings from Adrian Houser, who was making his fourth start after 14 relief appearances. He blanked the Reds on four hits over the first five innings, but Jesse Winker hit a solo shot and Suarez added a two-run homer as the Reds chased Houser to open the sixth.

Alex Claudio (2-2) retired the three batters he faced in the inning. Suarez connected again in the eighth off Josh Hader. Jeremy Jeffress allowed a run in the ninth while getting his first save.

The Reds called up right-handed reliever Jimmy Herget from Triple-A to make his debut and designated left-hander Zach Duke for assignment. Duke was signed to a $2 million, one-year deal in February. He went 3-1 with a 5.01 ERA in 30 appearances.

Brewers: Left-hander Gio Gonzalez threw in the bullpen for the first time since he went on the injured list on June 1 with a sore left arm.

Reds: Yasiel Puig got a day off. Manager David Bell said the outfielder was sore from slamming into the wall to make a catch last Friday. ... Reliever Wandy Peralta is expected to throw in the bullpen Tuesday. He’s been on the injured list since June 15 with a strained hip.